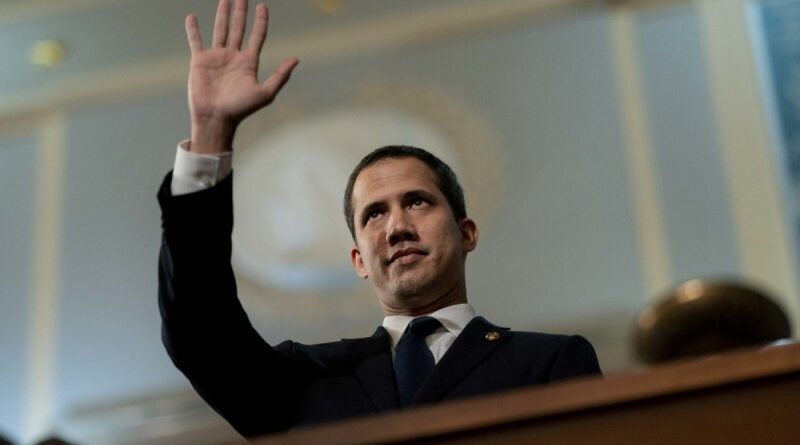 Just before this week’s inauguration of a new National Assembly in Venezuela, Canada’s Foreign Minister François-Philippe Champagne tweeted, “as the December 6 elections were neither free nor fair, Canada will continue to recognize the National Assembly, democratically elected in 2015, as Venezuela’s legitimate legislature and its president as Venezuela’s Interim President.” Tagging Juan Guaidó—who declared himself interim president with the support of the opposition-controlled legislative body in 2019—Champagne added, “Canada will always stand with Venezuela in their fight to restore democracy.”

While the Trump administration took a similar position, the European Union went in the other direction, dropping its de facto recognition of Guaidó after he lost his position as head of Venezuela’s parliament during elections which were held a month ago. Even the Ottawa-led Lima Group’s recent statement on Venezuela backed away slightly from its previous position, failing to refer to Guaidó as the country’s interim president.

In response to Champagne’s tweet, Venezuela’s Foreign Minister Jorge Arreaza wrote, “since the government of Canada doesn’t respect the UN Charter nor Venezuela’s sovereignty, it announces it will continue to subordinate to US policies and sanctions to violate the human rights of Venezuelans. What a sad role it has played. Shame!”

Since the government of #Canada doesn't respect the UN Charter nor Venezuela's sovereignty, it announces it will continue to subordinate to US policies and sanctions to violate the human rights of Venezuelans. What a sad role it has played. Shame! https://t.co/diXf3WS2LS

More than two years ago Canadian diplomats played an important role in uniting large swaths of the Venezuelan opposition behind a US-backed plan to ratchet up tensions on the government of Nicolás Maduro by proclaiming the new head of the opposition-dominated National Assembly, Guaidó, as president. The Canadian Press quoted a Canadian diplomat saying they helped Guaidó “facilitate conversations with people that were out of the country and inside the country,” while the Globe and Mail reported that “Freeland spoke with Juan Guaidó to congratulate him on unifying opposition forces in Venezuela, two weeks before he declared himself interim president.” According to the Canadian Press, Canadian diplomats spent months coordinating plans with Venezuela’s hardline opposition. In a story titled “Anti-Maduro coalition grew from secret talks,” the Associated Press reported on Canada’s “key role” in building international diplomatic support for Guaidó, until 2018 a relatively obscure National Assembly member.

Alongside Washington and a number of right-leaning Latin American governments, Ottawa immediately recognized Guaidó after he proclaimed himself president at a rally. During the subsequent weeks, Prime Minister Trudeau called numerous international leaders to convince them to join Canada in supporting him. At the opening of the Lima Group meeting in Ottawa after Guaidó’s presidential declaration Trudeau declared, “the international community must immediately unite behind the interim president.”

After he was officially dethroned as leader of Venezuela’s National Assembly (the matter was contested) in January of last year, Guaidó sought to regain his international standing. Two weeks later, he was fêted in Ottawa and had private meetings with the prime minister and several senior members of cabinet. During the visit, Trudeau declared: “I commend Interim President Guaidó for the courage and leadership he has shown in his efforts to return democracy to Venezuela, and I offer Canada’s continued support.” Over the past two years Canadian officials have put out dozens of tweets, press releases and other statements supporting Guaidó’s claim to the presidency.

Meanwhile, the bulk of the opposition to Maduro within Venezuela has broken with Guaidó, and many are now calling for his arrest. According to a recent article by Venezuelan sociologist Miguel Ugas:

Guaidó’s conduct has been criminal without any doubt, underpinned as it was by an imperialist power and the right. It has spared no perversity in order to achieve its anti-objectives: to call for foreign military intervention; to help expropriate Venezuela’s foreign based resources; to instigate sabotage in the public services; to attempt murder; to encourage the breaking of supply routes for food and goods needed for the productive apparatus; to usurp offices that do not correspond to him; to enter into pacts with paramilitary drug lords; to promote an economic, commercial and financial blockade against the country without weighing the consequences it may have for the lives of Venezuelans; to attack the health of the people by preventing the import of medicines, particularly during the pandemic; to promote smear campaigns against the country in international forums; to try to negotiate our [disputed] Essequibo territory; [and] to put himself at the service of foreign powers without concern about undermining national sovereignty.

The Trudeau government’s policy of backing Guaidó, an individual without an electoral mandate or control over any government institution, has backfired spectacularly. One can understand why the incoherent and belligerent Trump administration would continue with this farce, but why are the Liberals still going along with it?