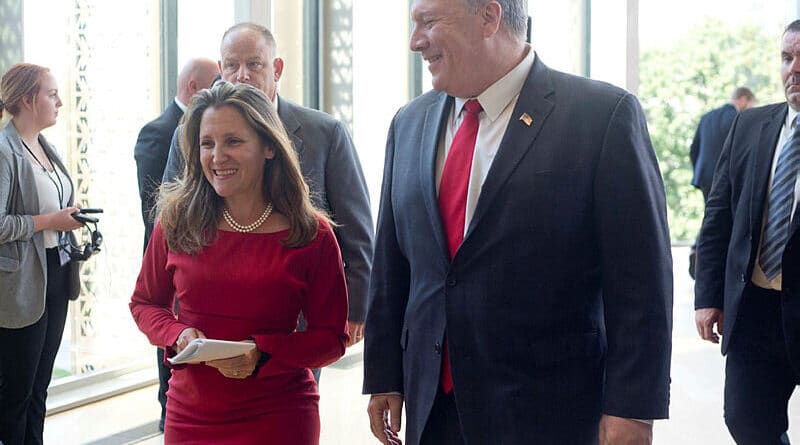 On Wednesday September 16, an independent UN fact-finding mission released a report detailing cases of killings, torture, violence and disappearances that they investigated. The team claimed that the Maduro government was implicated in various crimes against humanity. These supposed crimes against humanity involved a pattern of systemic violence carried out by Venezuela’s security services since 2014, aimed at suppressing political opposition and generally terrorizing the population. The said repression being co-ordinated by the Maduro government and involving torture and extrajudicial executions, as well as alleged false flag operations where weapons are planted in an area thought to be loyal to the opposition, with security services subsequently entering the area and shooting at people at point-blank range using the same weapons as justification for carrying out repression.

These investigations started in 2019 in light of the political crisis in Venezuela, following a resolution put forward by Venezuela’s neighbours, and backed by European countries, calling for a fact-finding team to look into potential human rights abuses. The countries that spearheaded this fact-finding mission belong to the Lima group, which has worked tirelessly to facilitate regime change in Venezuela in subservience to US interests in Latin America.

On Twitter, the Canadian government’s foreign policy branch, Global Affairs Canada, expressed condemnation at the alleged findings of the UN fact-finding mission. The tweet by Global Affairs Canada calls for the Maduro government to immediately stop these egregious violations of human rights and “restore” democracy to the region. It should be noted that Canada has played an important role in diplomatically isolating Venezuela from much of the world and facilitated attempts to overthrow the Maduro government via leadership of the Lima Group, which it helped to establish in 2017.

RELATED CONTENT: US Controlled “Grupo de Lima” does not Recognize the Legitimacy of the New Presidential Term of Maduro

The role of the Lima Group in falsifying information

What the UN fact-finding report ignores is the strong possibility that pro-US forces such as the Lima Group and the Organization of American States (OAS) may be responsible for the findings. The Lima Group has sponsored the report itself, which Canada has blindly regurgitated.

According to Venezuelan foreign minister Jorge Arreaza, the report was produced “from abroad” in consultation with pro-US governments opposed to the Maduro government. To Arreaza, the UN report alleging crimes against humanity is yet another example of how human rights have been politicized as a weapon to target and isolate any government that the US seeks to overthrow. In this case, the report is being used to diplomatically isolate Venezuela from the United Nations Office of the High Commissioner on Human Rights. In fact, the Venezuelan government has collaborated constructively with the Office in order to promote human rights and social development across Latin America.

Arreaza notes that the report is not the only human rights investigation being carried out in regard to the political crisis in Venezuela. The Lima Group was founded in August 2017 after a hard push from Canada’s then Foreign Minister Chrystia Freeland, in coordination with the Trump administration, for regime change in Venezuela.

Arreaza further notes that the current report on “crimes against humanity” in Venezuela came out of just one of two resolutions at the UN tied to human rights concerns in Venezuela. Said resolution being the one supported by the Lima Group, which had paid a sum of $5 million dollars to see its completion. The other resolution is being worked on, according to Arreaza, by United Nations High Commissioner for Human Rights Michele Bachelet, with the support of the Venezuelan government.

Arreaza points out that the report sponsored by the Lima Group was filled to the brim with biased far-right sources such as the findings of Francisco Cox, who was a defender of Augusto Pinochet’s dictatorship in Chile. He also points out that the report regurgitates falsehoods by OAS Secretary-General Luis Almagro, also seeking to diplomatically isolate Venezuela. Some of these falsehoods include alleged human rights violations dating back to 2014, such as claims of prison torture inflicted against opposition leader Leopoldo Lopez while he was held in Ramo Verde prison. The actual evidence has shown otherwise, with Lopez being kept in good conditions and actually allowed to hold family celebrations.

According to Telesur, under the tenure of Venezuela’s current Attorney General, over 800 officials and 123 civilians have been charged with the crimes of murder, torture, cruel treatment, inhumane and degrading treatment, unlawful deprivation of liberty, home invasion, and other crimes.

America plans an invasion, while Canada marches in lockstep

As previously noted, the UN report alleging crimes against humanity in Venezuela is being passed around at a time when Secretary of State Mike Pompeo is touring various Latin American countries bordering Venezuela. This tour coincides with campaigning for the 2020 presidential elections, which will see Florida, currently host to an expanded Venezuelan diaspora, become an electoral battleground.

During this tour, Pompeo talked about the situation in Venezuela to the Colombian government, which has been guilty of its own human rights violations, and expressed praise for Columbia’s support for opposition coup leader Juan Guaidó. In addition, Pompeo called for “presidential elections” to depose Maduro throughout his tour and in addition, prepared for joint Guyana-US maritime air patrols that could begin as early as Monday.

In the present context, these joint military patrols may prove to be much more ominous than a simple military exercise. On August 19, 2020, Arnold August reported on The Canada Files website that the Venezuelan Ambassador to the United Nations, Samuel Moncada, has warned of plans for a “higher phase of aggression” as an “October Surprise” to get Trump re-elected. According to Moncada, this “higher phase of aggression” moves beyond economic sanctions into the realm of a possible full-scale military invasion. Such an invasion could be carried out using the Colombian army, followed by a multinational “stabilization” force under the command of US Admiral Craig Faller.

According to Arnold August, preparations for US involvement in further attempted coup attempts, along with a hypothetical invasion, are already being made. On May 3, Venezuelan officials announced that security forces had captured several speedboats and some of those on board near the coastal city of La Guaira. The speedboats were used for an attempt at a sea invasion of Venezuela, and the plotters behind this coup included two US special ops members, along with Canadian-American Jordan Goudreau, the head of Silvercorp USA and an ex-green beret with close ties to Trump.

Similar concerns about an invasion were discussed by foreign minister Arreaza himself in a workshop exposing Canada’s role in plotting regime change in Venezuela, as part of the Lima Group. According to Arreaza, the Lima Group was not only set up as a means to diplomatically isolate Venezuela from the rest of Latin America, but also to lay the groundwork for a joint Lima-Group invasion of Venezuela. The invasion could be prepared using a 1955 defence treaty calling for a joint invasion against external threats to Latin America.

In the context of recent US actions toward Venezuela, along with the dubious authenticity of the human rights report that has just emerged, the trumped-up allegations of crimes against humanity are potentially efforts to isolate Venezuela from the rest of the world, and make an invasion palatable. The Lima Group’s role in the creation of this report serves a purpose: to turn the world against Venezuela by condemning it for trumped-up charges of “crimes against humanity,” reducing the conflict to an extremely simplified one of capitalist democracy vs. socialist dictatorship where all nuances and all dissenting accounts are swept aside by propaganda.

In this distorted world view, the corporate and economic interests that will seek to benefit from an invasion of Venezuela, combined with the far-right nature of many US allies in the region, especially Brazil and Columbia (both of which are guilty of the same crimes alleged in this report), and the use of brutality against political dissidents and BLM protesters by the US on its own soil are all simply swept under the rug.

As October draws nearer, and the US escalates its sabre-rattling towards Venezuela, Canada has remained eerily silent. As Arnold August has reported, Canada has even given tacit consent on these invasion plans. Even as Canada hypocritically claims to desire a peaceful solution to the crisis, its key role in establishing the Lima Group clearly distinguishes it as an agent of US imperialism.

Furthermore, Ottawa had previously refused to recognize the constituent assembly created by the Venezuela government, and was one of the first nations to recognize Juan Guaidó as the interim president of Venezuela. More recently, Canada has refused to condemn the attempted May 3 invasion carried out by boats from Colombia. It has been suggested that Canada’s rampant imperialist aggression against Venezuela, in conjunction with US imperialism, may have contributed to its second defeat when seeking a seat on the UN Security Council.

All in all, the Canadian government’s support for trumped-up claims by the Lima Group of Venezuelan government crimes against humanity, demonstrates that, even as Trump puts the pieces in place for a potential October surprise, Canada is once again on the wrong side of history.