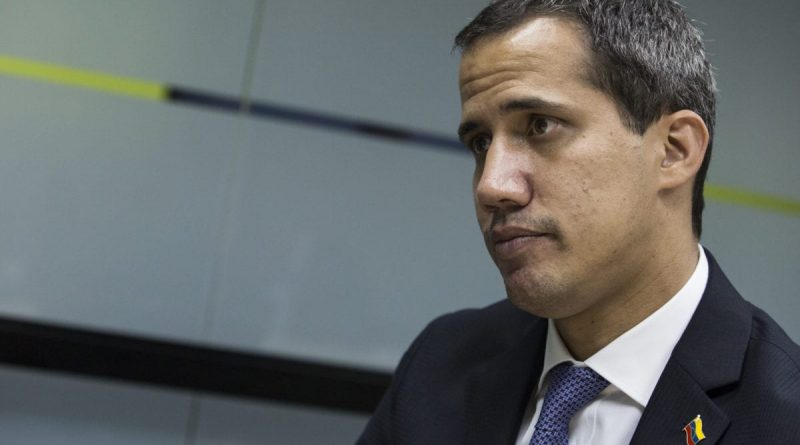 Among those appointed by the deputy are fugitives from Justice, people living abroad, and opposition politician Leopoldo López, who became a “guest” of the Spanish Embassy in Caracas after the coup attempt led by him last April.

Venezuelan opposition deputy Juan Guaidó, self-proclaimed “president in charge,” announced Tuesday the formation of “presidential commissions” that “will drive the cessation of usurpation” of the government of the president, Nicolás Maduro, “nationally and internationally.”

In a press conference, Guaidó said that among the group of politicians is the oppositor Leopoldo López, who would be in charge of the ‘General Coordination of the Central Government’, a figure that does not appear in the Venezuelan Constitution, and that it would be a sort of ‘executive vice presidency’.

Social networks in Venezuela immediately made trend the hashtag “We have now 3 presidents in Venezuela”, referring to Leopoldo Lopez who will serve as an alternate president to Guaido. But most Venezuelans know that Guaido follows Leopoldo Lopez’s instructions and the latter follows Trump’s orders.

These appointments coincide with the announcement of the creation by the US State Department, of a Venezuela Affairs Unit (VAU) which will be in the charge of the official, James Story, in Bogota.

Each of the previous designations made by the deputy have been declared “void”, “unconstitutional” and “devoid of legality” by the Supreme Court of Justice (TSJ), which has also ruled that Guaidó usurps the presidential powers of appointment and removal of public officials, so he has ordered the Public Ministry (MP) to open investigations of him and the co-conspirators.

López, whom Guaidó illegally removed from his house arrest on April 30 during a failed coup d’etat, has been in the headquarters of the Spanish Embassy in Caracas since May 1, as a guest.

In early May, Spain’s Foreign Minister Josep Borrell claimed that his country’s government would “limit” Lopez’s activities because they would not allow the diplomatic headquarters to be a “center of political activism for the opposition.”

The founder of the rightist party Popular Will (VP) has a warrant for hiscarrest, released on 2 May by a Venezuelan court, charging him of having flagrantly violated his house arrest and violating a judicial order forbidding him to make political pronouncements through the media.

In September 2015, López was convicted of crimes such as public instigation and conspiracy to commit crimes, after encouraging acts of violence in February 2014, which left 43 people dead. Three years later, the Supreme Court of Justice of Venezuela determined that the politician was serving his sentence in home detention for “health problems.”

Who are the others?

The fugitive deputy from Venezuelan Justice Julio Borges, who was also disabled from holding public office by the Venezuelan Comptroller for 15 years, was appointed ‘Presidential Commissioner for Foreign Affairs‘, with the aim of “increasing international pressure against the dictatorship” .

On the founder of the right-wing Justice First (PJ) party there is an arrest warrant issued by the highest Venezuelan court for his alleged responsibility in “public instigation”, “treason to the homeland” and “intentional homicide qualified in degree of frustration” against President Maduro.

As ‘Presidential Commissioner for Economic Development‘ Alejandro Plaz, co-founder, along with the right-wing leader María Corina Machado, of Súmate, an NGO, received funding from the National Foundation for Democracy (NED) to organize a referendum against the late president Hugo Chávez, in 2004, and to support destabilizing activities, according to Venezuelan authorities.
The parliamentarian also created a ‘Presidential Commission for Asset Management‘, where he appointed Javier Troconis, also included by the National Assembly (AN) as part of the board of directors of Citgo Holding Inc, last February.
Troconis is the subject of an open investigation by the Venezuelan Prosecutor for his illegal designation “by an organ that is not competent to make such decisions,” according to Attorney General Tarek William Saab.

Humberto Prado was appointed as head of the ‘Presidential Commission for Human Rights and Victim Assistance‘. The one appointed by Guiadó is the director of the NGO ‘Venezuelan Observatory of Prisons’ which, according to a Wikileaks cable, is funded by the American NGO Freedom House, attached to the State Department.
Guaidó also “ratified” the deputies Miguel Pizarro and Manuela Bolívar for ‘Humanitarian Aid’, and also, the parliamentarians Juan Andrés Mejía and José Guerra (who is a fugitive from Justice for his alleged link with the attempted coup of April this year) in the ‘Plan Pais’.
Similarly, deputy Sergio Vergara and the consultant Juan José Rendón, who has a red Interpol alert for alleged crimes against women and alleged by Caracas to have participated in dirty campaigns against the governments of Chávez and Maduro, were ratified in the ‘Strategy Committee’.