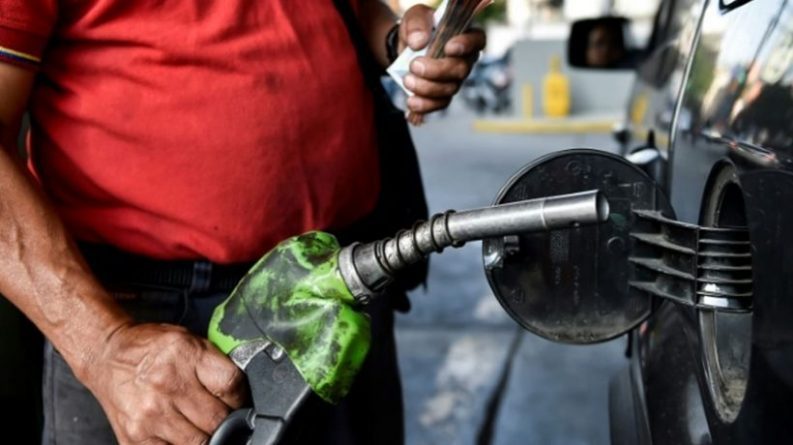 During the last few days there has been an appreciable increase in queues due to the reduction in the supply of gasoline and diesel for vehicular use in Venezuela, with special emphasis on western and central Venezuela, where the states lie in the most critical situation: Zulia, Mérida , Táchira, Trujillo, Barinas and Lara.

The fundamental cause in the fall of the internal supply of fuels is in the little availability of inputs, such as diluents and especially additives, to process the crude and from there obtain gasoline.

These are chemicals such as naphtha, which have the purpose of making the extra-heavy Venezuelan crude malleable and facilitating its transfer for export. The sale of diluents to Venezuela began to decline in its usual acquisition market, in the US, since the sanctions of August 2017.

At the present time, although Venezuelan exports have declined significantly due to the blockade of its crude exports, the country maintains a quota that it tries to sustain, despite the lack of diluents. In that sense, Venezuela has had to start mixing light crude with its extra heavy crude to be able to make shipments. However, light crude oil from Venezuela is increasingly scarce and is the fundamental input of the Venezuelan refineries’ diet, which supply the domestic fuel market. If the light crude goes to its use as a diluent, a chain effect is generated in the Venezuelan refineries. Estimates indicate that in the last two years refining in the Refining Complex of Paraguaná (CRP) has fallen, for these reasons, from 180,000 b / d to about 120,000.

Several companies have yielded to US pressure to not send dilutants to the country. The best-known case is that of the last supplier, the Indian company Reliance Industries. “Since the imposition of the sanctions and against what some reports say, Reliance has stopped any supply of diluents to PDVSA and will not resume those sales until the sanctions are lifted.” This was recently reported by the BBC on behalf of a Reliance spokesperson.

On January 29, Venezuela received the last naphtha dispatch from Reliance in the port of Jose, in eastern Venezuela, according to Refinitiv Eikon, an energy company specializing in crude refining.

At the beginning of March, the Venezuelan Petro San Felix Mixed Company, also in the east, suffered a sensitive attack on its facilities with the explosion caused by two tanks with diluents, an event that was cataloged by the president of PDVSA, Manuel Quevedo, as a “terrorist act”, framed in the road map to destabilize the country.

These are specialized chemicals in balancing the fuel components, essential for the production of gasoline. Venezuela has performed maintenance on its refineries and has catalytic cracking processes active. However, gasoline can not be produced without additives, being the most suitable for Venezuelan refineries manufacturing in the US market, a market to which Venezuela does not now have access because of sanctions.

The country has depended on the supply of additives from several countries, however, since January of this year, several companies have refused to provide it so as not to be subject to sanctions by the US government.

RELATED CONTENT: Negotiation Between Government and Opposition in Norway begun in Cuba

The effects of CITGO’s freezing

Since 2017 there has been an important veto to PDVSA of the US market for replacement, spare parts and supplies for the Venezuelan oil industry. It is well known that PDVSA’s technology park is still mainly made up of US technologies and the blockade translates into a severe impact on operations in the country. However, the Venezuelan industry had managed to move, with difficulties, accessing diluents, additives and spare parts. In that work, the subsidiary of PDVSA in the US, CITGO Petroleum had been key.

Being on US soil and not dealing with restrictions as an operator of refining and selling fuel in that country, CITGO had the freedom to access inputs and equipment in the US market, in order to send them to Venezuela. But that process was degraded in the last two years to reach a standstill, after the freezing and in fact confiscation of CITGO, since January 2019, through a new battery of sanctions by the US Treasury Department.

A new directive was imposed on CITGO that responds to the parallel and unconstitutional government of Juan Guaidó and the company is expressly prohibited from sending dollars, supplies and equipment to Venezuela.

In previous situations, CITGO sent gasoline to Venezuela to cover contingencies, such as one that took place in 2012 when there was an explosion due to sabotage of the Amuay refinery in the CRP, in Falcón state, an event that caused a halt in the activities in the main refining center of the country. For CITGO, it is impossible to support its parent company in the current circumstances, given the de facto control that the US exercises over that Venezuelan strategic asset.

A “prediction” that should not be forgotten

The statements made by various US officials about the state of the Venezuelan economy are well known, and we know that they are part of their argument to justify acts of interference, as well as the fabrication of a consensus in American society on a military intervention in the South American country. It is also a fact that Washington and its spokespeople often omit at the same time the severe damages that are taking place in the Venezuelan economy due to the sanctions or acts of economic blockade that are in force.

An example of this is the one that today is known to the Venezuelan population suffering the onslaught of the fall in the availability of fuel. [It’s an] element that could be connected with the statements made at the beginning of March by US Senator Marco Rubio, who said almost in a prophetic exercise from his Twitter account, that “the Venezuelan population would suffer a severe shortage of food and gasoline.

The suffering people of #Venezuela are now just a few days away from the most severe food & fuel shortages the nation has ever faced.

Meanwhile the #MaduroRegime insiders responsible for this catastrophe have sent their families to live and/or travel abroad in luxury. https://t.co/WAQJFlwX5F

Rubio, like other operators of asphyxia to Venezuela, knows first-hand the elementary consequences that Venezuelan society suffers and can continue to suffer at the expense of the harmful acts that have been detonated by the coercive actions of Washington against Caracas.