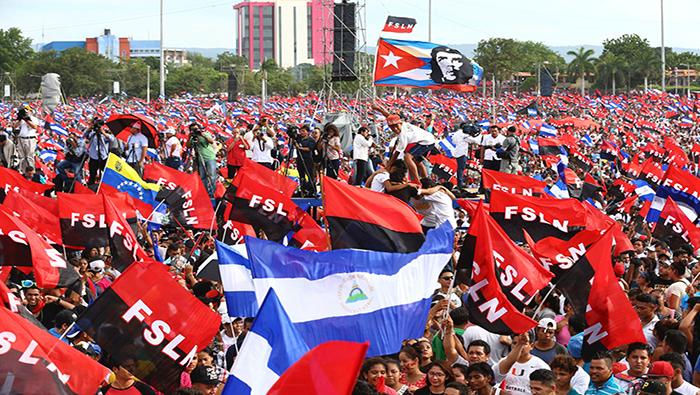 Since at least the start of the 21st century, if not earlier, two global trends have emerged very clearly. Firstly, increased North American and European aggression overseas has been accompanied by increased economic and political domestic repression in the US itself and its allied countries. This domestic repression has reached unprecedented levels over the last two years,

Secondly, despite the apparent demise of Western led economic globalization, North American and European corporate influence under various guises has co-opted international policy making and governance, as writers from Cory Morningstar to Iain Davis have reported in detail for many years.

In the context of these and other trends, Nicaragua’s resolute defence of its national sovereignty and its very successful economic, social and environmental policies have made this tiny country of around 7 million people the target of US and allied country aggression. As it nears its general elections next November 7th, Nicaragua is the country in Latin America and the Caribbean most under attack by Western governments, their countries’ corporate and alternative media and their international NGOs for the following reasons:

• its health system has been among the most successful in the world addressing COVID-19 with no economic restrictions and without closing schools
• it is among the most gender equal countries in the world
• its model of regional autonomy for the country’s indigenous and afro-descendant peoples is the most progressive and advanced in the hemisphere
• it plays a leading role criticizing rich countries in international discussions about global environmental policies
• it’s education system is among the most innovative and progressive in Latin America and the Caribbean
• it’s public health system is the most extensive and modern in Central America with 21 new hospitals, 46 hospitals remodeled and modernized along with 1,259 health posts, 192 health centers and 178 hostals for expectant mothers
• its highway infrastructure is among the best in Latin America and the Caribbean
• it is among the safest countries in all the Americas
• it is the most successful country in the region combating drugs trafficking and organized crime
• it’s economy is among the most successful in the region because it is also the most democratically socially structured and practically self-sufficient in food production
• it enjoys excellent diplomatic relations with the broadest range of majority world nations of any other country in the region

These achievements of Nicaragua’s government and people are all based on the historic 1969 revolutionary program of the Sandinista Front for National Liberation (FSLN). They contrast sharply and strongly with the relative respective policy failures of countries in the region allied to the US and Europe. These include not just all Nicaragua’s Central American neighbors but even much bigger and supposedly more developed countries like Chile and Colombia. This straightforward fact is systematically suppressed because it is embarrassingly inconvenient for the fascist configuration of corporate and State power now dominating North America and Europe.

Thus, Nicaragua is the target of false reporting by Western media and NGOs, smearing its government as anti-democratic, corrupt and incompetent when the truth is precisely the reverse. This kind of reporting is very similar in the cases of Cuba, Bolivia and Venezuela. Western governments and their allies have successfully attacked the peoples of those three countries, setting back their social and economic development by various means, including military aggression and sabotage, all kinds of economic aggression as well as outright political intervention. With very few exceptions, Western corporate and alternative media and NGOs support this perverse criminality.

They report uncritically that their governments seek to promote freedom and democracy for the peoples whose lives they in fact destroy. In Nicaragua’s case, following the failed regime change attempt in 2018, the corporate owned US government and its allies have intensified economic aggression, as well as diplomatic, media and NGO driven psychological warfare against Nicaragua’s people. They want to destroy the country’s prospects of continuing successful social and economic development, just as they have tried to do to the peoples of Bolivia, Cuba and Venezuela.

Even so, all the signs are that Nicaragua’s people will vote massively on November 7th in support of their country’s Sandinista government. They will do so because their lives have changed radically for the better in every area of national life over the last 14 years since President Ortega took office in January 2007. People everywhere should defend Nicaragua’s challenge to the increasingly repressive tyranny of Western elites because in doing so they will be defending their own right to sovereign autonomy and independence. 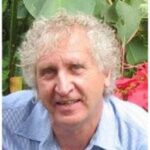