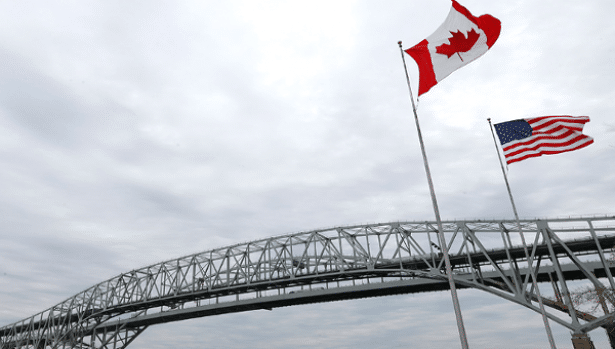 We wait, helplessly, to see whether the forces opposed to Trumpism inside the United States will succeed.

When Donald Trump was elected in 2016, I started hearing from American friends that they were thinking of migrating to Canada. Sensing that most of them didn’t really mean it, I would joke in response that we would “build a wall and make you pay for it.” And I sometimes reminded them that Canada had more often been the refuge for those escaping the overthrow of reactionary regimes. A good many white people in Apartheid South African used to refer to Toronto as “To-run-to.”

Especially since the already infamous first presidential debate of 2020, where Trump appeared to morph into sounding more like Benito Mussolini than the shyster businessman of the P.T. Barnum “there’s a sucker born every minute” variety, I have been getting more declarations of intent to migrate to Canada. They seem more sincere and credible this time.

Immediately after watching the debate myself, I was impelled to go hunting for my battered old copy of It Can’t Happen Here, Sinclair Lewis’s Depression-era novel about the coming to power of a fascist president. A passage toward the end, rather foreshadowing Margaret Atwood’s ending to The Handmaid’s Tale, tells of a dissident journalist who, after escaping a US concentration camp, arrives in Canada supposing…

“that everyone would thrill to his tale of imprisonment, torture, and escape. But he found that ten thousand spirited tellers of woe had come before him, and that the Canadians, however attentive and generous hosts they might be, were actively sick of pumping up new sympathy. They felt that their quota of martyrs was completely filled, and as to the exiles who came in penniless, and that was the majority of them, the Canadians became distinctly wary of depriving their own families on behalf of unknown refugees, and they couldn’t even keep up forever a gratification in the presence of celebrated American authors, politicians, scientists, when they became common as mosquitoes.”

I was initially reluctant to share this with my American friends. In any case, it has always seemed to me that Canada, rather than providing safe haven were the US ever really to go fascist, was much more likely to suffer the Anschluss fate of Austria in the 1930s.

Indeed, the rest of world is transfixed watching the unfolding of this US election precisely because of the continuing economic, military and cultural power of the American informal empire, still standing at the very epicentre of global capitalism. We wait, helplessly, to see whether the forces opposed to Trumpism inside the United States will succeed.

In that light, what was perhaps most disturbing to those of us abroad who watched the so-called debate was what it revealed about the current level of American political discourse. Whatever else may be said about the disappointments of his presidency, Obama certainly raised that level, not just in comparison with Bush but even with Clinton.

By contrast, the degradation of political discourse under Trump brings to mind Umberto Eco’s observation that the most telling characteristic of the rise of fascism was how its “impoverished vocabulary,” and “elementary syntax” increasingly limited popular capacities for “complex and critical reasoning.”

Apart from looking so pale alongside Trump, rather like the ghost of Christmas past, Joe Biden’s trademark “here’s the deal” did little to offset this. And when he promised American workers that federal government procurement would only go to goods and services produced in the U.S., what registered for those us watching in Canada was not Trump’s claim that Biden had done nothing in his long career at the pinnacle of the Democratic political establishment, but rather how much Biden had in fact done to get trade treaties passed that prohibit other governments around the world from doing exactly this.

There may well be sufficient coherence among all the disparate reasons for opposing Trumpism to secure an electoral majority for Biden. But whether this coherence will hold in face of Trump and his supporters refusing to recognize the outcome, which the bluster about voter fraud during the debate was so clearly intended to presage, and even to normalize, is another question.

The street protests that would ensue in the face of this would surely make those of this summer look tame. In this respect Trump’s pledge that what has taken place in Portland would all be over if he was only given half an hour to deal with it could only mean one thing: the unleashing of repression on a terrible scale. The measure of Canadians capacity for sympathy may yet be tested sooner than we think. •

Leo Panitch is emeritus professor of political science at York University, co-editor (with Greg Albo) of the Socialist Register and co-author (with Sam Gindin) of The Making of Global Capitalism(Verso). His new book, co-authored with Colin Leys, Searching for Socialism: The Project of the Labour New Left from Benn to Corbyn(Verso).