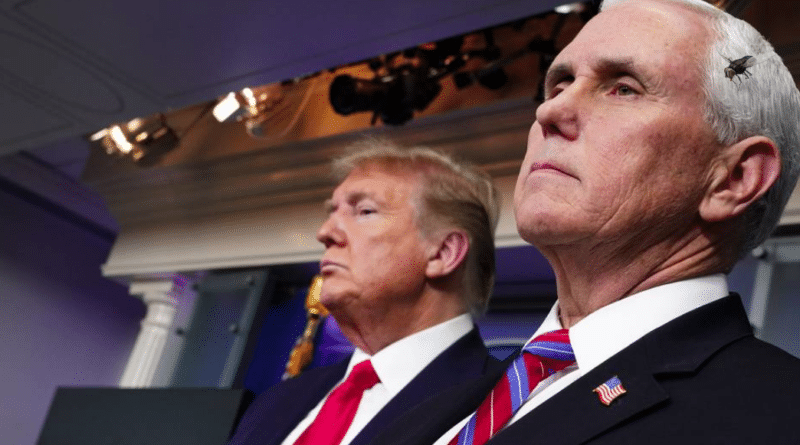 Executive Vice President Delcy Rodríguez took a stand against comments by US Vice President Mike Pence, who insisted in not recognizing the legitimate government of President Nicolás Maduro.

The Venezuelan VP responded to a recent post by Pence, using her official twitter account, @drodriven2, in which she confirms that Venezuela remains firm and that there will soon be changes, but in the United States.

“What stupidity of Mr. @Mike_Pence when celebrating the most resounding political failure of his interventionist and coup history in recent times: @jguaido. Venezuela will continue to stand with Pres. @NicolasMaduro at the helm and changes could be seen very soon: But in the US!”

External interference
Recently, in a campaign event, the Vice President of the United States, Mike Pence, reiterated that his government recognizes Juan Guaidó, the radical right-wing Venezuelan politician who proclaimed himself interim president of Venezuela in 2019. He posted the following using his twitter account, and VP Delcy Rodriguez responded to that tweet:

“Under President @realDonaldTrump, the US was the first Nation on Earth to recognize @jguaido as the only legitimate President of Venezuela. Maduro MUST GO & Venezuelan Americans can be confident, America will stand with the people of Venezuela until their #libertad is restored!”

Under President @realDonaldTrump, the US was the first Nation on Earth to recognize @jguaido as the only legitimate President of Venezuela. Maduro MUST GO & Venezuelan Americans can be confident, America will stand with the people of Venezuela until their #libertad is restored! pic.twitter.com/s6l5uzOgk1

It should be recalled that although Pence has reiterated his recognition of Guaido, recently the same US vice president underestimated Guaidó’s strategic policies, his failure in ousting President Maduro, and the criticism he received when the Bolivarian National Armed Forces ratified their support for the Constitutional President of Venezuela, Nicolás Maduro.

Also, during the United Nations General Assembly, in its 75th edition, Nicolás Maduro ratified the position of sovereignty and independence of his Government.