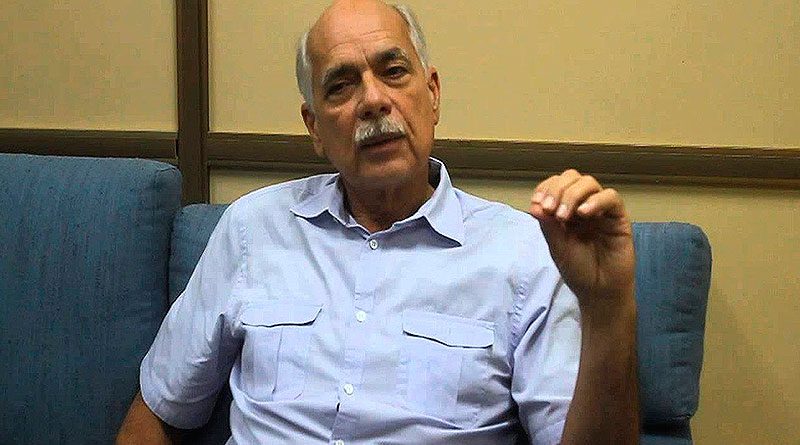 The demonstrations of preparation, discipline and fervor given by the Bolivarian National Armed Forces (FANB) have had a deterrent effect on Colombian ruling elites regarding the plans already designed to attack Venezuela, at the head of a multinational force. Such is the assessment of the retired officer, military analyst, university professor and political activist William Izarra.

In an exclusive interview for Supuesto Negado, Izarra said that a part of the deterrence is the responsibility of the modern weapons systems that Venezuela has, thanks to its alliances with China and Russia in the military field.

What is the operational capacity of the Bolivarian National Armed Forces to face a military aggression from Colombia?
I can point out, based on what we have observed for the execution of military exercises at the border, that it is demonstrated and verified that the operational capacity of the FANB is of a very significant superiority to defeat any aggressor who comes from a multinational force led by Colombia. We have to consider, in addition to the exercises transmitted and seen by the media that confirm the high technological and human training of the FANB, that this has managed to consolidate other factors that increase their conditions to execute a military confrontation that rejects and defeats the adversary. First, the latest generation of conventional weapons systems, of Russian and Chinese origin, have been increased in all the components of the FANB. This allows our FANB to take over as a non-nuclear military force at the height of those in the US and NATO; Secondly, a Bolivarian National Militia has emerged that, in addition to today having 2,800,000 militiamen (each militia a rifle), is a component of esprit de corps that affects a morale based on the Bolivarian ideology (inspired by Bolivar the Liberator, heroic and with unbeatable mixed blood) and transforming energy towards a new way of life; thirdly, the technological dominance of all weapons systems by FANB personnel has been exponentially expanded; fourth, there is a new doctrine of employment of the FANB, based on the civic-military union, which makes the FANB-Pueblo (People) binomial merge its power to operate as a single being, individual or component; and as a fifth factor, the academic level and intellectual preparation of military personnel has grown, whose international relations, technical links and specialized knowledge achieved with countries such as China, Russia, Iran (in addition to those brought as cultural heritage from years ago with European, US and Latin American countries), allow today’s FANB, revolutionary, Bolivarian and Chavista, to match the conventional military forces of the most advanced countries in the world. These factors, revealed in the current exercises at the border, place the FANB in conditions of supremacy to repel and beat intrusive forces (Colombian, multinational, US and NATO ) that intend to take possession of the national territory.

RELAED CONTENT: The United States and its Allies Activate TIAR Against Venezuela: Government Deplores the Decision

Do you think the aggressive strategy could be the action of a joint force? In that case, what could Venezuela’s response strategies be?
Undoubtedly, if an attack from Colombia occurred, it would be the tactical action (direct confrontation operations) of a multinational force that Colombia would lead by US mandate, contained in the attack plan that the Southern Command has prepared. Although I personally rule out the implementation of a tactical attack operation against Venezuela, when the dissuasive effect of the military preparation of the FANB has been demonstrated in conjunction with its militia and the rebel Venezuelan people. That’s why I don’t think the raid happens. On the other hand, the strategy (preventing Venezuela’s adversaries from executing military attacks to liquidate the Bolivarian Revolution) of the Venezuelan government is activated with two elements that compose it. The first is military power (FANB, militia and Civic-Military binomial), and the second is diplomacy.

Historical experiences
Izarra referred to two historical events that, in his opinion, set the tone for a hypothetical military confrontation between Colombia and Venezuela. “The first was the Los Monjes conflict in 1952, whose categorical and overwhelming response by Marcos Pérez Jiménez pushed the Colombian government back in its intention to appropriate that archipelago. The second case was that of Corbeta Caldas on August 9, 1987, a premeditated operation entering Venezuelan jurisdictional waters to define in favor of Colombia the thesis of the middle line in the delimitation of marine and underwater areas of the Gulf of Venezuela. Both events did not reach their goals. On the contrary, the firm response and firepower demonstration of the Venezuelan military forces managed to repel Colombian actions that sought to appropriate specific territorial spaces. If we project these failed acts to the moment of today’s threats, we can predict a blunt defeat for Colombia or for the components of multinational forces that try to get involved.”

The interviewee also wanted to refer to an experience related to military education. “Since the seventies and eighties, the programmatic content of military courses of tactical character (lieutenant and captain) and staff, (major and lieutenant colonel) incorporated double action exercises in the curriculum, different war hypotheses were studied, based on the reality of those years (I believe that these hypotheses are still being studied today). In this regard, I can say, according to my personal experience, that in both courses, in the war games activating the hypothesis with Colombia, Venezuela always defeated her even having a “battle order” that favored the rival country in quantitative terms.”

Diplomatic work
Izarra also appreciated the contribution that diplomacy has made in the current context. “Diplomatic activity has managed to mitigate the aggressiveness that the Western world has placed as an international matrix in world opinion. Through diplomacy it has been possible to contain some destabilizing acts that seek to annihilate the Bolivarian Revolution. Diplomacy has allowed everyone to know the realities of the US empire in its permanent acts of violation of international law. However, diplomacy, acting as a containment and preservation factor for the Bolivarian Revolution, has not been able to prevent the blockade emanating from the Trump administration. The struggle continues, just like the rebel people of the Revolution. This has been the case in these 20 years of the Bolivarian Revolution, under construction, but now, given the pre-war situation generated by the government of Colombia and with more worldwide experience in this area, I believe diplomacy will activate mechanisms to create situations that harmonize and balance the warlike position that they favor from the US and they execute from Colombia.”

Could a conflict on the Colombian-Venezuelan border unleash a larger-scale confrontation between nuclear powers?
I do not believe that if the escalation of a probable conflict at the border is reached, it is a trigger for a nuclear confrontation between the countries that have this weaponry. What is going to increase, whether a direct attack occurs or not, is terrorism, the actions of paramilitarism (thesis of the awakening of sleeping cells), hired killers and rural and urban destabilizing foci. All under a tactically compartmentalized method, but that responds to a single US-designed strategy executed by Colombia, in order to knock down President Maduro, annihilate the Bolivarian Revolution and end Chavismo. This, of course, corresponds to the plan of the counterrevolutionary forces; but, it turns out that in this new generation war scenario there is another actor who is the Revolution and who also has its tactical and strategic plans, which have hitherto been successful in defeating and neutralizing opponents.