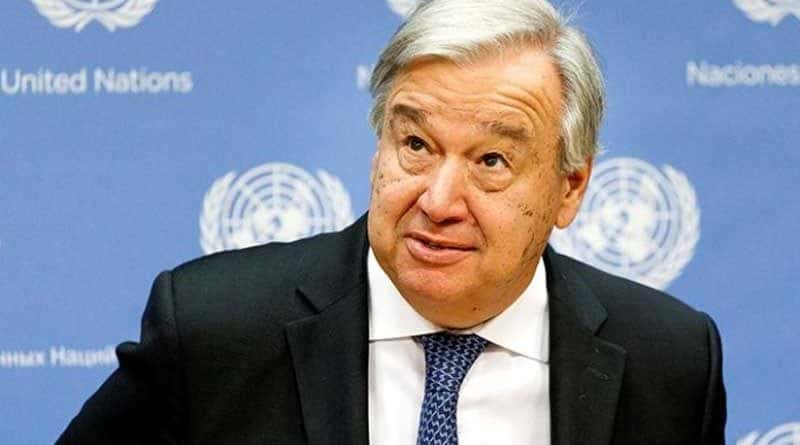 The Secretary General of the United Nations (UN), António Guterres, said Wednesday that he wants to speak with the representatives of Venezuela and Colombia in that body’s session to try to find calm between the two nations.

Guterres seeks to take advantage of the 74th General Assembly of the United Nations that was installed this Tuesday in New York for that purpose.

RELAED CONTENT: The United States and its Allies Activate TIAR Against Venezuela: Government Deplores the Decision

“I will take advantage of this summit to talk especially with Venezuela and Colombia, because I also think it is very important to avoid an escalation of conflict ,” said the agency’s main spokesperson.

There will also be a delegation of the deputy Juan Guaidó, however, Guterres clarified that he does not plan to meet with that team.

RELATED CONTENT: Pedro Carreño: “We Have the Coordinates of the Nariño Palace – In 11 Seconds a Sukhoi Would be in Bogota”

Relations between Venezuela and Colombia are in tension after the accusations made by Duque against President Nicolás Maduro. The neo-Granada president denounced alleged links between the Venezuelan government and terrorist groups, without presenting any convincing evidence.

Following these allegations, Maduro announced that this accusation was a Duque trick to justify a military intervention in Venezuela and that it is his government that will denounce him at the UN for supporting alleged paramilitary groups and false flag operations to justify a military confrontation between the two countries following Washington’s instructions.