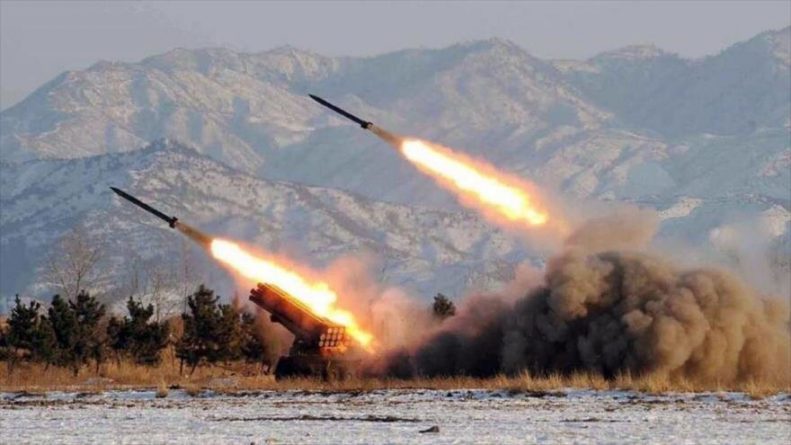 Yemeni forces have fired two missiles at Saudi Arabia in retaliation for 223 violations of the truce agreed last week in Sweden.

The army and fighters of the Yemeni popular movement Ansarolá launched Saturday a Zelzal-1 ballistic missile against concentrations of Saudi troops and mercenaries at the service of Riyadh in the Saudi province of Yizan (southwest).

In the same province, a Yemeni “guided missile” has destroyed a military vehicle belonging to the mercenaries, which was carrying a machine gun, as indicated by a Yemeni soldier to the local news agency, Saba.

The attacks are seen as a reminder to Riyadh that Yemenis will remain committed to the cessation of hostilities agreement – which came into force on December 18 – provided Saudi Arabia and its allies do the same, local media reported.

This same Saturday, mercenaries of the Al Saud regime have bombed two villages in the Yemeni province of Al-Hudayda (west). Al-Hudayda, the main access point of humanitarian aid to Yemen, has for months been the target of a brutal offensive by Saudi Arabia and its allies.

So far there have been 223 violations of the truce agreement by Saudi Arabia and its allies since the agreement reached in Vienna, the Austrian capital, according to the spokesman of the Yemeni Army, Brigadier General Yahya Sari, and international humanitarian organizations.

The Saudi aggressions, Sari denounced, have intensified since the arrival of a small group of international observers to Aden, the main stronghold of former Yemeni fugitive President Abdu Rabu Mansur Hadi and related militias, also supported by Saudi Arabia and the United Arab Emirates (UAE).