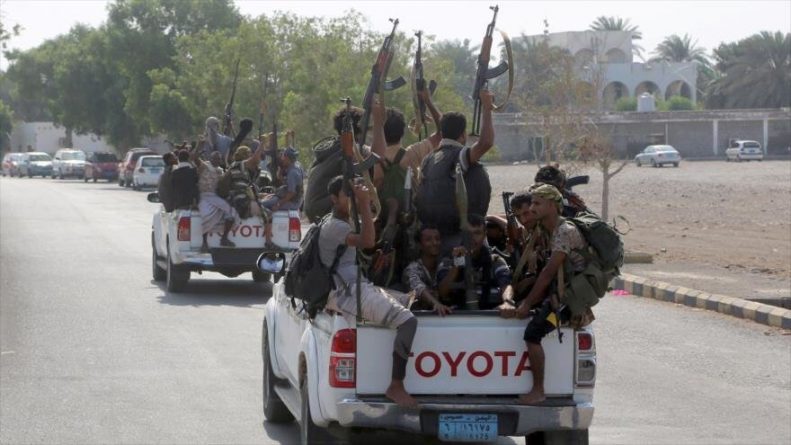 The forces of the Yemeni popular movement Ansarolá have taken over this Sunday several military sites in southern Saudi Arabia.

The Ansarolá fighters have launched a large counter-offensive in the southern region of Jizan province, in southern Saudi Arabia, targeting the military bases of the Arab monarchy located near the border with Yemen.

According to local media, Yemeni forces have managed to dominate much of the Jahfan area, after attacking Saudi military positions in southern Jizan.

Also, the sources add, the members of Ansarolá have killed several Saudi mercenaries and seized the weapons that the soldiers of the Arab kingdom had abandoned.

In addition, the local television station Al Masirah has reported that the Yemeni Army forces, supported by the popular committees, have attacked this Sunday with a ballistic missile type Zelzal-2 Saudi positions in the province of Taiz (southwestern Yemen) . However, it has not provided further details on this. The Yemeni Ansarolá Army and popular movement forces frequently carry out attacks in response to the military offensive of Saudi Arabia and its allies which has resulted in over 60,000 Yemenis being killed, mostly civilians, according to the data published by the Project on Location and Events of Armed Conflicts (Acled, by its acronym in English).

In March 2015, Riyadh and its allies began a campaign of air strikes against Yemen in order to restore to power the former Yemeni fugitive president, Abdu Rabu Mansur Hadi, a close ally of Riyadh who supports military intervention in his country.

The international community, especially the United Nations (UN), has made insistent calls to the Saudi regime to end this “stupid war.” On January 9, the international body called for “substantial progress” towards the end of the war in Yemen.