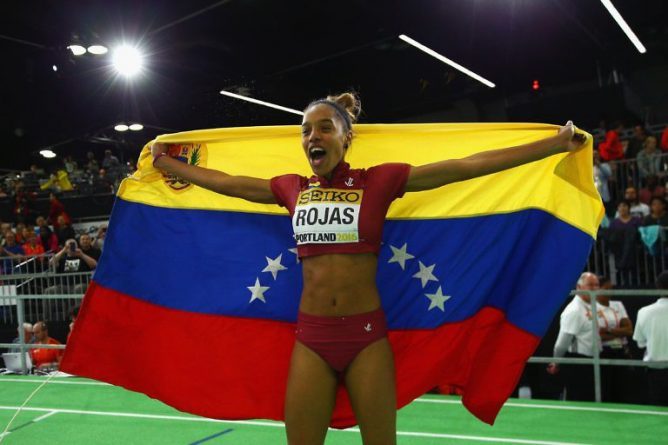 On Sunday, the athlete Yulimar Rojas became the first representative of Venezuela to reach qualification to the Olympic Games Tokyo 2020, which will be played from July 24 to August 9 of next year, in Japan.

The Venezuelan, silver medalist of the Rio 2016 Olympic Games, won the ticket thanks to the mark registered in the Athletics Meeting of Madrid, held last February, of 14.92 meters in the triple jump discipline.

“She classifies by this mark made in 2019. The minimum mark for triple jump classification is 14.32 meters and the best mark of our jumper is 14.92 meters,” said the Minister of Popular Power for Youth and Sports, Pedro Infante, on his Twitter account.

Rojas, 23, occupies the first position in the ranking of the International Athletics Federation (IAAF, for its acronym in English), with 27.00 units, according to the latest update released on February.