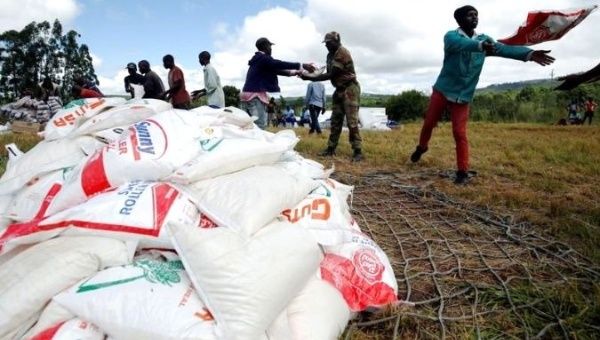 The United Nations described Cyclone Idai as “one of the worst weather-related catastrophes in the history of Africa.”

According to the Government of Zimbabwe, the nation will need some US$83 million to address the infrastructural damage from the effects of Cyclone Idai which struck several African countries March 14.

“Minister July Moyo said the cost of repairing roads and bridges in the cyclone-hit areas in Chimanimani and Chipinge will cost around 83 million dollars,” the Ministry of Information said in a tweet Thursday.

Flash floods and landslides have destroyed large tracts of cornfields in the agricultural regions of Manicaland and Masvingo.

Farmers in Chipinge and Chimanimani in Manicaland said the cyclone tore through the region on the eve of harvest, wiping out an already vulnerable crop.

“All our maize was destroyed and we have no hope of harvesting anything because it’s all gone,” 52-year-old-council worker Fungai Njobwe lamented.

In February, more than one million people in Zimbabwe were “facing emergency levels of food insecurity,” the United Nations stated at the time; now the World Food Programme (WFP) has declared that 270,000 people are in urgent need of humanitarian aid.

RELATED CONTENT: People of Namibia Show Their Support for Venezuela in Solidarity Assembly

Ringson Chitsiko, Zimbabwe’s secretary for agriculture said, Thursday, that the country now in a critical state with only about seven months supply of maize remaining.

Paul Zakariya, executive director of the Zimbabwe Farmer’s Union, said the country may need to import around 900,000 metric tonnes of grain this year to fill the shortfall.

“Farmers were already struggling due to the dry spell in the last three weeks, but whatever was left was flounced away by heavy downpours, leaving most farmers with nothing to count on. We don’t have a figure right on those affected, but grain will have to be imported to make up for the losses we are seeing.”

Moyo, who helms the ministries of information, local government, public works and national housing, noted that engineers and other experts had already been dispatched to oversee the repair works in the affected areas.

Despite the rescue challenges, the minister also took time to commend the competence and skill of officials from the government departments as well as non-governmental organizations.

Cyclone Idai, which the United Nations described as “one of the worst weather-related catastrophes in the history of Africa,” has claimed the lives of some 179 Zimbabweans with about 300 others missing.