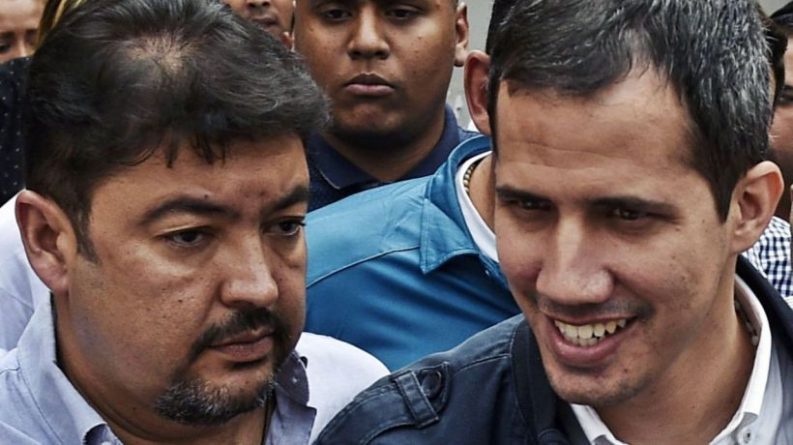 01/Apr/2019.- Co-director of the U.S. activist group Resistance Popular, Kevin Zeese, who visited Venezuela earlier this month with a delegation from his country, said that one of the delegates who remains in the Latin American country is not aware of any manifestation of support to self-proclaimed President Juan Guaidó.

Juan Guaidó, the Venezuelan opposition leader and self-proclaimed interim president of Venezuela, allegedly organized “thousands” of protesters in about 100 places across the country, the Cocuyo Effect portal said on Saturday.

RELATED CONTENT: Why Was Guaido Barred from Holding Public Office for 15 Years?

“One of our delegates is in Venezuela and she was trying to go to these protests, and couldn’t find them. They seem like no one is showing up for these protests. So, Guaido is loosing power as he embraces the United States, as he calls for US troops, as he is tied to this terrorism and the electrical grid attack, he is loosing power. And on the other side, [Venezuelan incumbent President Nicolas] Maduro is gaining power,” Zeese said.

Juan Guaidó called for mass protests on March 30 earlier this week to prepare for the April 6 active phase of what he called “Operation Tactics” of his Freedom Operation, aimed at ousting Maduro. Guaidó said the opposition had formed aid and freedom committees that would take part in the action, but gave no details of what was planned.

In early March, Zeese, along with a delegation of 13 members of the US Peace Council, visited Venezuela to learn the situation in the country. The delegation met with Maduro, Foreign Minister Jorge Arreaza, other government officials as well as leaders of the Human Rights Council.

In January, Guaidó declared himself interim president of Venezuela after contesting the electoral victory of Maduro. The US and 54 countries recognized Guaidó as president and asked Maduro to resign. Maduro, in turn, called Guaidó an American marionette and accused the United States of trying to orchestrate a coup. Russia, China, Turkey, Cuba, Bolivia and several other countries consider Maduro as the only legitimate president of Venezuela.