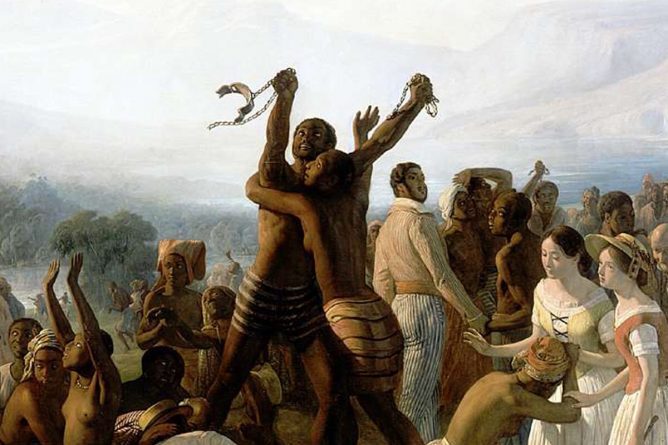 At the request of El Libertador “Simón Bolívar”, the Congress of Angostura decreed the progressive abolition of slavery throughout the national territory, on January 11, 1820.

One of the objectives of this request was to facilitate the participation of the slaves to the republican cause, for those who still did not participate in the war for independence. Another important reason was the promise of Bolivar to the Haitian Leader Alexandre Petion who help in decisively in the Independence War.

With this decree the phrase of colonial tradition that said “slave’s womb begets slave” was eliminated, so that slavery would reach its end in a matter of time, freeing future generations.

This was not the first action in favor of these slaves, once in 1810, after the events of the Proclamation of the Independence of Venezuela, the introduction and sale of captives throughout the national territory had been prohibited.

By 1811, the freedom of those slaves who wanted to enlist to fight in favor of the Republic had been agreed upon also.

Regarding this, the President of the Republic, Nicolás Maduro, recalled through his official Twitter account the 199th anniversary of the approval of the abolition of slavery.