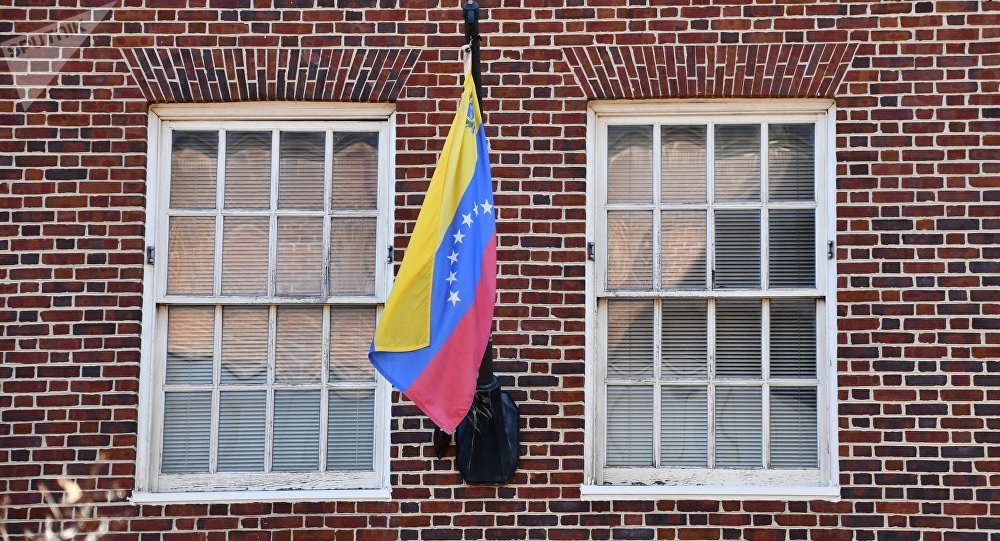 At the end of 2019, the government of Nicolás Maduro in Venezuela concludes the first year of his second term, resisting sanctions, international pressure, inflation and an economy in which, after 17 years of foreign exchange control, allowed the free use of the dollar.

“At the beginning of this year I had even nightmares that the Marines were going to take out Maduro, but suddenly we arrived at a strange December, in the stores they express the prices in dollars, there are those who buy as if nothing, nobody believes the opposition anymore and Maduro is still in the government,” said Trina Morales, a 60-year-old from Caracas, in dialogue with Sputnik. For the deputy José España, who identifies as independent, this 2019 showed the failure of the politics of confrontation.

“This year shows us that it was a wrong route proposed by the deputy Juan Guaidó, the confrontation had no result,” he said.

In the first 23 days of 2019 the Venezuelan crisis was accentuated: on the 5th, Guaidó was sworn in as president of the National Assembly (unicameral parliament, with a majority opposition), and five days later Maduro was sworn for his second period 2019-2025.

The president assumed the new term before the Supreme Court of Justice, in view of the contempt sentence that weighs against the parliament, which declares all its actions as null and void.

On January 23, Guaidó proclaimed himself interim president of the nation, after ignoring the presidential elections of May 2018. He immediately received support from the United States, a country which 53 nations joined in few days later.

Maduro’s first diplomatic decision was to expel officials from the Washington Embassy.

The opposition insisted on the entry of humanitarian aid, while the Trump administration announced unprecedented sanctions against Venezuela.

Since 2019, companies or individuals that make transactions with Caracas have not been allowed to use the United States’ financial system, and the opposition has appointed executives of the Central Bank and Petróleos de Venezuela SA (PDVSA) abroad.

Referring to these facts, Maduro said that in 2019 the plan of the US Secretary of State, Mike Pompeo, to take him out of power failed.

However, the parliamentarian Piero Maroun considered that the opposition has advanced because it has diplomatic representatives in some of the countries that support Guaidó and has appointed the directors of some Venezuelan assets abroad.

“In the opposition we have made great progress in 2019; today we can say that when we started 2019 we did not have the recognition of so many countries, [and] today we have ambassadors in those countries, from the National Assembly we appoint the directors of the State companies that are abroad and those companies are protected,” he added.

Options on the table

Since the beginning of the year, most of the senior officials of the US government began to repeat over and over “all options are on the table”, when the press asked them if they evaluated the use of military forces in Venezuela.

In February, the opposition swore that trucks with humanitarian aid would enter through the borders and between the 20th and 27th of that month the nation experienced one of the most tense moments.

The trucks with humanitarian aid tried to cross the border through Colombia and Brazil, and the government even closed air and maritime space with Aruba, Curacao and Bonaire, given threats that they would also try to enter with these cargoes.

On February 22, British businessman Richard Branson organized a concert in the Colombian city of Cúcuta in support of the opposition, called Venezuela Aid Live, in which he raised $ 2.5 million for the acquisition of food and medicine, which were allegedly embezzled by those appointed by Guaidó to administer them.

After the concert, the border became a zone of confrontation, and 5 dead and dozens of injured were reported, while Caracas was the scene of large mobilizations against and in favor of the Government.

The mobilizations against the government continued, and on March 7 a general blackout took Venezuelans by surprise, extending for four days and generating water shortages, absence of telephone communications, gasoline supply, underground transportation and means of payment, due to the lack of bolivars (local currency) in cash.

The government announced that the country’s main hydroelectric plant had been the victim of an attack that had caused the weakening of the national electricity system.

10 months have passed and Caracas is the only place in Venezuela where users report fewer cuts.

The blackouts led to the release of the foreign exchange market, because before that event any transaction in dollars was clandestine and could even be punishable by imprisonment.

On April 30, in the early hours of the morning, the banging of pots and pan could be heard in some sectors of Caracas, and on the social networks Guaidó posted a video with fellow opposition leader Leopoldo López, who escaped from his sentence to almost 14 years in prison, and a group of soldiers with weapons of war, on the main highway of the city. The opposition deputy called people to the streets, and claimed to have taken the most important air base in Caracas, but by mid-morning the 16 soldiers were refugees in embassies, as were López, and Guaidó, and the people who had responded to his call to the street also began to return to their homes, after hours of confrontation with the security forces.

Amid electrical instability, protests, and inflation, even in dollars, the humanitarian situation became more complex.

In June, for the first time, the Maduro administration admitted the visit of the United Nations High Commissioner for Human Rights, Michelle Bachelet to the country, and she prepared a report in which she denounced abuses of power committed by the security forces, and noted that the nation was going through a difficult humanitarian crisis.

The government rejected the report and accused the high commissioner of manipulating figures and promoting an intervention against the country.

Under the mediation of Norway, in June, representatives of Maduro and Guaidó announced a dialogue process based in Barbados. However, Maduro decided to withdraw in August in rejection of Trump’s new sanctions, in which he resolved to freeze all of Venezuela’s assets in the US, including the stock and resources of PDVSA’s subsidiary, Citgo.

The tension between Maduro and Guaidó continued, but the power to call the opposition to street demonstrations fell dramatically.

Since September, the head of state announced the beginning of a national dialogue process, in which the opposition faction that represents Guaidó does not participate; there it was decided to reform the National Electoral Council and the reinstatement of the official deputies to the National Assembly, who had not attended sessions since 2017.

The government has said that the idea of reforming the electoral body is to hold parliamentary elections in 2020.