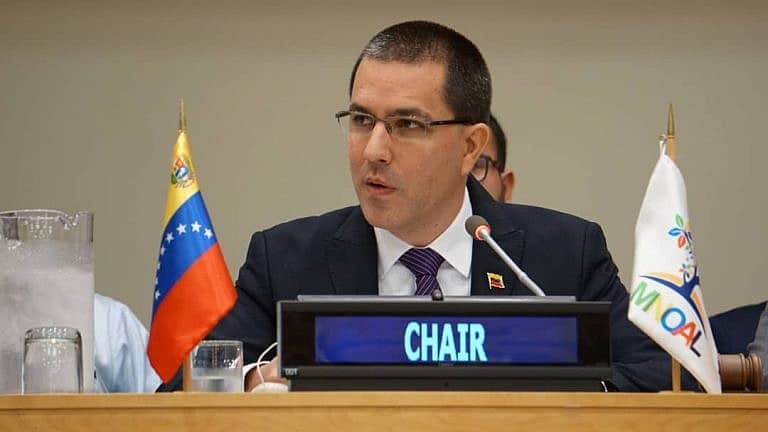 This Thursday Venezuela chairs the ministerial meeting of the Non-Aligned Movement (NAM) that takes place in New York, United States (USA) in the context of the 74th General Assembly of the United Nations.

The Venezuelan delegation, headed by the Chancellor Jorge Arreaza, highlighted the importance of multilateralism as the only way to guarantee peace.

“Today we see with concern the intention to undermine the foundations that give birth to the United Nations and even our movement (MNOAL),” said Arreaza.

He added that the new war tactics that are implemented on sovereign states have a pernicious effect on the population.

“They violate the Charter of the United Nations, International Law and sometimes constitute threats against the political independence of our States,” he said.

He added that “the United States government continually threatens us with the use of force and that not only ‘all options are on the table’, but now it intends to activate a regional military treaty to which Venezuela is not a party and dating from the Cold War era seeking to replace the role of the Security Council in the maintenance of international peace and security”.

He stressed that the actions of the US government are a “collective punishment” imposed on more than 30 million Venezuelans.

The diplomat thanked the solidarity of the peoples with Venezuela.

“We are sure that in the face of such aggression, the principles and actions of the MNOAL movement will be strengthened and empowered in defense of the law that help our people to define their political, social and commercial model.”