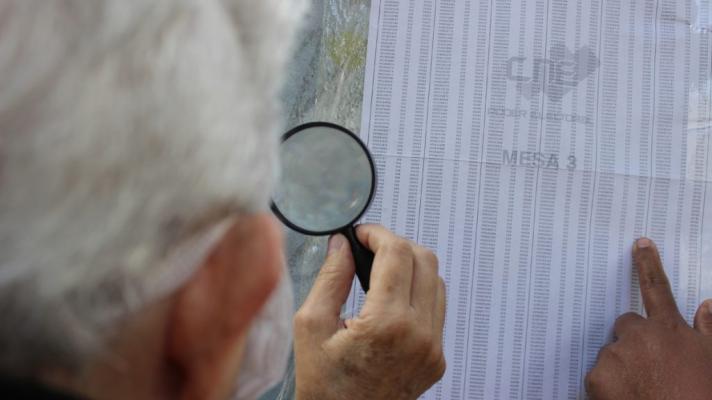 The mega-elections to be held on November 21 in Venezuela have a significance beyond the fact of electing candidates for regional and municipal authorities, as they are the first event in several years that will include the participation of a political sector of the country that had preferred to take the path of sabotage of the elections to damage the national institutions.

In this sense, it is not surprising that there are still attempts to sabotage the elections by creating mistrust among the population and playing the abstention card, even though there are only a few days remaining until the event itself, and the general consensus is one of approval of the electoral guarantees of the National Council Electoral (CNE). This is the case for the propaganda issued by the EFE news agency, which released a report with five biased items that we now dismantle.

There are rules for the permitted campaign period
The National Electoral Council established that the margin to carry out electoral campaigns would be from October 28 to November 18, at which time the electoral body will be monitoring the actions of the candidates to ensure that they comply with the regulations.

According to EFE, candidates such as those of the government began campaigning before the stipulated date. However, it does not name any specific case, it only describes in a general way those activities that supposedly would be in breach of that norm.

This, in spite of the fact that all over the world before electoral campaigns are announced, political parties carry out activities and media engagements that are perfectly legal. Venezuela is not an exception, and some candidates from the opposition and from the PSUV may have both engaged in such permitted activities.

Election prosecutors punish those who break campaign rules
In two other points, the Spanish state news agency pointed out the alleged use of state resources for campaigning, and a “bias” in the media. To corroborate its claims, EFE uses the complaints made by two rectors affiliated with the opposition, one of whom was a technical-political operator of the Democratic Unity Table (MUD), and who was directing a conspiratorial plan against the CNE platform. They also noted the complaints issued by Súmate, an NGO chaired by María Corina Machado and financed by the NED, which organized opposition actions in the 2004 recall referendum.

Coincidentally, in recent weeks the European Union (EU) electoral observation mission (EOM), with a significant contingent of Spanish observers, has been reporting about meetings with NGOs, including Súmate. In addition, PSUV Vice President Diosdado Cabello issued a denunciation earlier this week regarding electoral observers possessing a hidden agenda.

The reality is that the CNE has not discriminated against political parties to open investigations of candidates who violated the regulations. In fact, in one of the latest reports released on the subject, regarding the current governor of the state of Miranda, PSUV’s Hector Rodriguez, led to the opening of administrative inquiry, for allegedly combining government events with electoral campaign activities.

On the other hand, the president of the CNE, Pedro Calzadilla, commented in a recent interview with journalist Vladimir Villegas that at the informational level the start of the campaign has remained in balance. In particular, he highlighted the observance of the rules by VTV, the state channel. In the same way, he did not reduce the observation to positive aspects, but pointed out that some television media have neglected the electoral campaign, and the CNE has taken note of this.

The political impartiality of the CNE has been maintained
The Venezuelan electoral authority has been in charge of reporting, both through its official accounts and in the media that provide platforms, on the actions they have taken to address irregularities in the campaign. There is a monitoring room that monitors compliance with the rules, complaints are processed to be evaluated, and the CNE has taken the corresponding measures. The rectors that make up the board are in permanent contact.

Again, EFE generalizes regarding complaints in the campaign and outside of them, mentioning only one case, that of the opposition candidate for the governor of Vargas, José Manuel Olivares. On October 10, Olivares went to an electoral center to participate in a test and it was rejected by the inhabitants of the locality, producing a situation of conflict. The history of recent years could explain the reaction of the community—its participation in the guarimbas of 2017, its collaboration with the false humanitarian aid and violence on the border of Cúcuta in 2019, and its support for “sanctions” from abroad and the economic blockade.

However, Olivares was able to enter the electoral precinct once the Republic Plan restored order, and verify the voting process.

Permanent disclosure plan of the electoral process and the ticket
An accusation loses validity when the source is an organization that responds to the political interests of actors that are not committed to national sovereignty. Therefore, each time EFE quotes again Súmate in its report, the discredited source must be questioned.

On the last point, the NGO maintained that there was misinformation in the electoral process and the ticket (the electoral offer). To respond to this false testimony, it should be noted that the CNE deployed Electoral Fairs, an activity that it has been developing since 2006, with a thousand information points throughout the national territory where more than two thousand officials of the electoral authority and a thousand members of the Plan Republic work, to educate voters about the candidates running in each jurisdiction and how to use voting machines.

At these points, voters becomes familiar with the automated voting system and learn about the candidates in the region and locality. The voters received informative material such as the Electoral Compass, the Electoral Gazette and the Law that regulates the electoral campaign. Additionally the CNE has launched a voting-machine emulator on its website to deepen the education process, and encourage transparency about the electoral process.

The vice president of the CNE and important figure of the G4, Enrique Márquez, has affirmed that the Electoral Fairs are effective in their mission of encouraging the vote and clearing the doubts of voters. These fairs have also been observed by international electoral observation missions,

Featured image: Venezuelans checking a list of voters in a voting center to identify their voting station. The CNE has enforced the regulations for November 21 (Photo: Ciudad CCS).