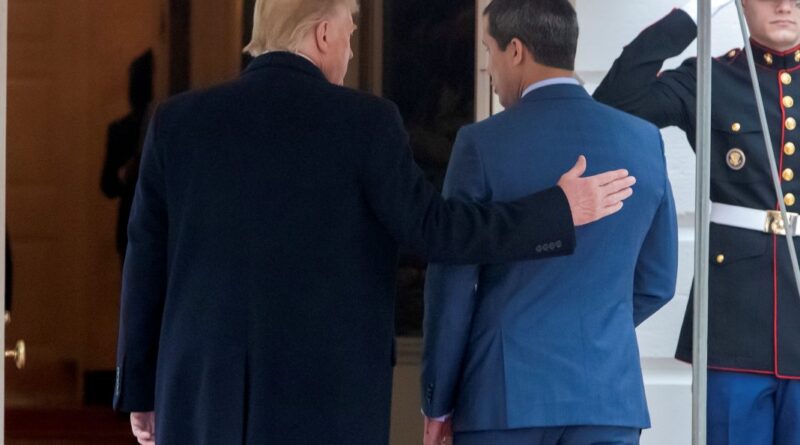 Yesterday, Thursday October 15, the Washington Office on Latin America (WOLA) published a very interesting analysis on the reality behind the alleged international support of the US-led Guaido regime change operation.

According to Wikipedia -who no one can accuse of being particularly progressive, WOLA is funded by a combination of foreign governments, foundations, and private individuals. Its largest donors include the Royal Norwegian Ministry of Foreign Affairs, Swiss Federal Department of Foreign Affairs, and Swiss Agency for Development and Cooperation, along with the Ford Foundation, the MacArthur Foundation, Open Society Foundations, the Atlantic Philanthropies, the Libra Foundation, and the Seattle International Foundation. This is evidence of the interests they represent.

Reading between lines and “within the lines” for this analysis, Orinoco Tribune found that there’s nothing balanced about this organization and most of the time they replicate US propaganda attacking Venezuela, but there are other elements worth reviewing because they might be trying to help cancel the Guaidó experiment, or to push their own agenda in a new direction regarding US attacks against the Bolivarian Revolution.

Below we rescued the content worth reading from this WOLA analysis, and put some remarks on other content worth mentioning but containing embedded US propaganda. We also put aside the less relevant content, but you can always read the full report (if you have the stomach for it) in the original document.

In this respect they write:

Now, eighteen months later, the political landscape in Venezuela is dramatically different. The opposition led by Juan Guaidó has seen internal divisions, and has failed multiple times to incite a military uprising. Maduro, meanwhile, has capitalized on the COVID-19 pandemic to assume control over key opposition parties and appears more firmly in place than ever before. With most of the opposition now opting to abstain from participating in upcoming December legislative elections that will lack credible democratic conditions, it seems likely that the opposition will soon lose effective control of the National Assembly, the only remaining democratic institution in the country.

We highlighted two lies in this paragraph. Firstly, President Maduro did not take control of any opposition parties, those parties split due to internal conflicts, and now are controlled by a different group of opposition leaders, but none of them are Chavistas. Secondly, repeating the same old Department of State mantra that claims the National Assembly is the only democratic institutions, is simply obnoxious.

In the near certain event that the opposition loses its majority in the National Assembly in December, Juan Guaidó will face questions regarding his constitutional mandate to serve as Interim President. The current National Assembly was elected for a five-year term that will end on January 5, 2021. The United States has expressed willingness to continue to recognize Juan Guaidó as Interim President past January 5, citing the notion of “administrative continuity,” which some constitutional scholars have questioned.

Absolutely accurate here, bravo for WOLA. It will be an uphill battle to continue pushing the whole crazy idea of Guaidó’s fake presidency.

And next is their interactive map, a work that Chavismo or the Venezuelan Ministry of Foreign Affairs should have done long ago.  The map perfectly illustrates the fiction of the alleged support of 57 countries to deputy Guaidó.

They add the following and we do not question it:

In their communications in support of Juan Guaidó, State Department officials often claim that “60 some countries” support and recognize the presidency of Juan Guaidó. While approximately 57 countries including the United States have recognized Guaidó as legitimate head of state since January 2019, the reality of how this recognition is put into practice varies widely. Only in very few cases have countries followed the U.S. line of establishing formal diplomatic relations with the Guaidó government and closing off all channels of communication with the de facto Maduro government.

They continue with this statement, which we dispute because neither North Macedonia nor Montenegro had diplomatic relations with Venezuela, so the eleven countries that they point to as completely aligned with Juan Guaidó and the United States, are actually only nine:

In fact, only 11 out of the 57 countries that recognize Guaidó (Bolivia, Brazil, U.S., Colombia, Costa Rica, Guatemala, Honduras, Israel, Montenegro, North Macedonia, and Paraguay) have fully ended diplomatic relations with the Maduro government in favor of embracing Guaidó’s diplomats. In most cases, this has entailed closing embassies in Venezuela, expelling Maduro diplomats from the country, and formally accrediting the Guaidó diplomat as ambassador. Even for some of these countries, though, this process has been difficult to enforce in practice, leaving Guaidó representatives in a sort of diplomatic limbo.

The situation that is most common among the countries that have recognized Guaidó is to have open diplomatic relations with both the Guaidó and Maduro governments, meaning that they host the diplomatic representations of both governments and maintain open channels with both governments’ diplomats. 30 out of the 57 countries that recognize Juan Guaidó as Interim President fit into this category: Albania, Andorra, Australia, Austria, Belgium, Bulgaria, Canada, Chile, Croatia, Denmark, Dominican Republic, Ecuador, France, Germany, Greece, Hungary, Luxembourg, Malta, Morocco, Netherlands, Panama, Peru, Poland, Portugal, Romania, Slovakia, Slovenia, Spain, Sweden, and the United Kingdom.

As Department of State stenographers they parrot the false claim that there is a Guaidó government when in truth there is only the Venezuelan government, the one currently run by President Nicolás Maduro, and Guaidó’s fictional government is a stratagem still alive only due to Washington’s erratic and questionable foreign policy.

In most of these cases, Maduro diplomats still control the embassy and are the main Venezuelan diplomatic representation in that country, while the Guaidó representatives operate through more informal channels. Most EU countries fit into this category, as well as many countries in Latin America that maintain some level of diplomatic and/or consular relations with the Maduro government to continue cooperation on regional issues such as the repatriation of Venezuelan migrants. This means that most of Guaidó’s diplomats abroad have little authority to actually influence diplomacy with Venezuela, and operate out of informal parallel embassies while Maduro diplomats maintain control over the official Venezuelan embassy.

And they continue with this:

It is worth noting that most countries throughout the world still maintain full relations with the Maduro government. While 57 countries have recognized Juan Guaidó since January 2019, many countries in Africa, the Middle East, and South Asia have quietly continued normal relations with Maduro diplomats in spite of the political crisis. This is also the case for major world democracies such as Mexico and India, neither of which have recognized Guaidó as rightful president of Venezuela.

Throughout the analysis they’ve been doing a great numerical analysis, but here they fell short in counting the number of countries that have not questioned the administration of Nicolas Maduro. According to the United Nations there are 193 sovereign states represented in the highest international body, meaning that 136 countries, representing 71.4% of the total, have not pronounced, so directly or indirectly they officially recognized the government of Nicolás Maduro.

If one takes the analysis to the extreme, and we work with only the nine countries that have broken diplomatic relations with Venezuela and recognized the fiction of Juan Guaidó, the result is more dramatic: only 4.7% of the countries in the world are fully aligned with the US regime change operation.

WOLA finish the analysis with this wonderful statement:

While the United States emphasizes that there is a robust international coalition behind Guaidó, the reality is that few countries have put their support behind Guaidó to the extent that the U.S. has. Rather, as this analysis shows, most countries that have recognized Guaidó maintain open channels with the Maduro government. It is also significant that the Joint Declaration of Support for Democratic Change in Venezuela [one of the latest and most bogus of Guaidó’s attempts to stay afloat] published in August 2020 was signed by [only] 29 countries including the United States—a far cry from the 57 that put their support behind Guaidó in January 2019. This may be a sign that cracks are showing in the international coalition.

Putting aside the fact that the entirety of the Guaidó Operation is in clear violation of the Venezuelan Magna Carta and of international public law, that a pro-Yankee organization like WOLA is publishing this kind of work requires deeper analysis. It may be indicative of things to come. Orinoco Tribune will continue analyzing the international debate to shed light on the different levels of this multifaceted unconventional war that is affecting millions of Venezuelans. While this analyst in Washington writes as if they have discovered the holy grail, in reality Chavismo has been claiming these facts for several months.

Featured image: Trump slapping Guaidó on the back while ordering him to enter the White House. File photo.