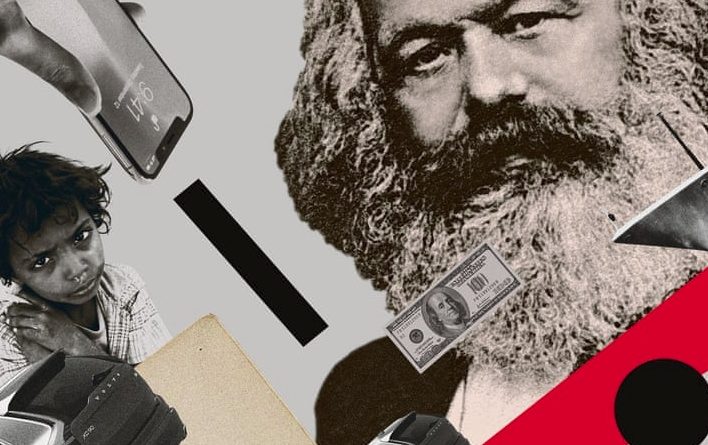 The economic crisis throughout the world, including the US, continues to unfold, and the outline of a political crisis in the US is beginning to emerge. It is becoming urgent for those of us who see the necessity of fundamental societal change to deepen our understanding of how and why societies change. This demands we turn to the study and the further development of Marxist thought.

It is impossible to have an in-depth understanding of the world we live in today without developing an understanding of, at least, the basics of Marxist philosophy. As Harry Selsam and Harry Martel put it in Reader in Marxist Philosophy, Marx and Engels believed “philosophy, in the old sense of the term, had come to an end, and that the solutions offered by conventional philosophy, brilliant as many of them were, were nevertheless infected with an alienation from reality. The time had come, they maintained, for the emergence of a new type of philosopher, one whose feet were on the ground, and who regarded the social practice of mankind as both the source of philosophical concepts and the criterion of their truth.” These “new philosophers” were not inventing or discovering anything, but rather only giving expression to the actual realities of the world as it existed.

RELATED CONTENT: In Venezuela, Social, Popular and Communal Unity Is Not an Illusion

With human society developing from production based on agriculture to industrial production, by the late 20th century it became clear that there were two forms of social organization to facilitate the industrialization of the various countries. The first form was the development of capitalist private property that emerged from private property based in agricultural production. The extreme exploitation and oppression of this form was revealed in the early days of industrialization in England and the period of capitalist slavery in the South in the United States.

By the late 20th century both forms of industrial society began to enter an existential crisis. Historical materialism teaches that when the economic foundation of society changes an epoch of revolutionary transformation of the entire society becomes necessary. The emergence of production based on electronic technology (micro chips, robotics, etc.) began to disrupt society organized around industrial production.

The key to understanding how and why capitalism is reaching the limits of its development as a viable economic system is the role of labor, or rather the lack of it, in the production process. The application of electronic technology to production is not simply laborsaving, but is actually labor-replacing. Labor creates value. With labor becoming drastically reduced in production, the value of the products produced, and the value of labor power itself, is being driven toward zero. With limited labor in the production process the extraction of surplus value becomes increasingly impossible. Thus we see the operation of the law of value beginning to be disrupted. Increasingly, labor is replaced with machines and we are seeing capitalism in an economic crisis that is permanent and where only partial recovery is possible.

The other form of industrial society, state socialism, was exemplified by the Soviet Union. Here we can see the inability to deal with the application of electronic technology to production was an important factor leading to the collapse of that form of social organization. The short book by Manuel Castells and Emma Kiselyova, The Collapse of Soviet Communism, A View from the Information Society, is helpful in gaining a glimpse into the problems faced by the Soviet economy. They point out the declining rate of growth of the Soviet economy from 1955 on was a result of “the declining rate of technical change and the diminishing returns of the extensive model of accumulation.” They point out “the need to shift to a new production equation in which technological change could play a greater role, using the benefits of the unfolding technological revolution to increase substantially the productivity of the whole economy.” Although in the 1980s the Soviet Union produced substantially more than the United States in a number of heavy industrial sectors, “the problem was that in the meantime the world’s production system had shifted heavily to electronics and specialty chemicals and was tilting towards the biotechnology revolution, all areas in which the Soviet economy and technology were lagging substantially. By all accounts and indicators, the Soviet Union missed the revolution in information technologies that took shape in the world in the mid-1970s.”

An investigation into the conditions that led to the inability of the leadership of the Soviet Union to integrate these technological developments into the productive process is beyond the scope of this essay. However, it must be noted that the rejection by Soviet Communist Party leaders of revolutionary Marxist principles, beginning with Khrushchev, continuing through Gorbachev, led to the growth of bureaucratic and economic privileges, which inhibited the introduction of the new technologies into production and blocked the development of new production relations in the Soviet Union. The potential of massive unemployment that the new technologies could lead to struck fear in the managerial elite. In addition, the distortions of the Soviet economy caused by the arms race with the U.S. played quite a disruptive role. As a result, the economic stagnation, and the political mis-leadership opened the door to the collapse of socialism.

Humanity now faces a situation where international capitalism is no longer an economically and environmentally sustainable basis for the organization of society. Historical materialism points to the necessity for a revolution that can take political power and utilize the emerging technological methods to transform and develop a new economic foundation of society where the abundance that is produced can be distributed on the basis of need.

The tasks facing revolutionaries and the working class demand a deep understanding of the world around us. The Marxist theory and methodology of dialectical and historical materialism can guide us in comprehending how the new technological developments are impacting the composition of the working class and the forms of struggle and organization that are emerging. Based on this understanding revolutionaries today need to develop the strategy and tactics for our revolution under these new conditions.

Source URL: University of the Pool 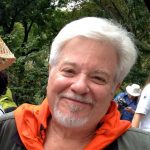