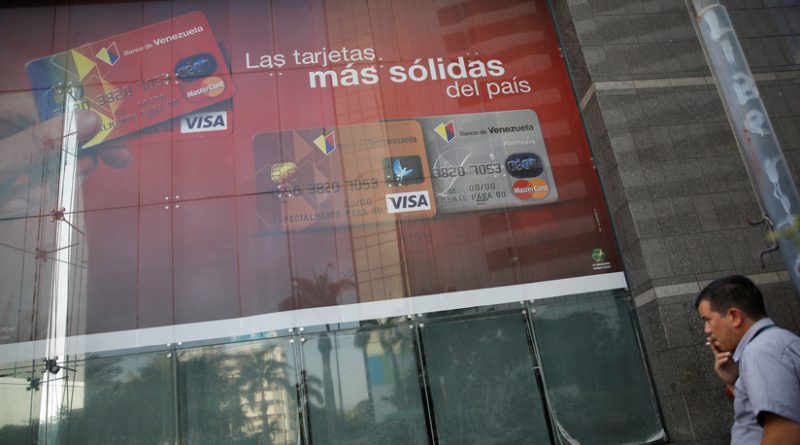 A month ago the international operator announced that it stopped serving two Venezuelan state banks to avoid being sanctioned by the US Department of State.

The state bank of the Bolivarian National Armed Forces (Banfanb) of Venezuela issued its first credit cards without the MasterCard code, after this operator suspended its services a month ago.

“We are ready! The new plastics of Banfanb cards are ready for our customers,” the institution published on its Twitter account.

In social networks, the financial institution of the Bolivarian National Armed Forces (FANB) said that the interbank connection is fully reestablished.

What happened?
A month ago, the payment operator Mastercard suspended its services from Banfanb and the Agricultural Bank, also a state (institution).

Mastercard based its decision on the executive order signed by US President Donald Trump, which froze all the assets of the government of Venezuela in his country and prohibits transactions with it.

The international operator recalled in a statement that the Office of Foreign Assets Control (OFAC) of the US Department of the Treasury. “prohibits Mastercard from conducting business with certain governments, in certain countries, or with certain persons or entities,” so it preferred to suspend services to those two state banks so as not to incur violations of the law.

The OFAC has sanctioned some one hundred Venezuelan officials – among them heads of public powers, ministers, governors, military, state and private business executives, including the Venezuelan president himself – whom it accuses of supporting the “authoritarian regime” of Nicolás Maduro or having relations with the traffic of illicit substances.

Other penalties
This decision, which includes Venezuelan state universal banks within the same South American country, has already been implemented to freeze international operations, mainly.

On March 22, Washington sanctioned the Bank for Economic and Social Development (Bandes) of Venezuela and its subsidiaries in Uruguay and Bolivia.

In April of this year, USA imposed unilateral measures against the Central Bank of Venezuela (BCV) aimed at “limiting US transactions ” with the issuing entity and “closing access to dollars,” said former security advisor John Bolton.