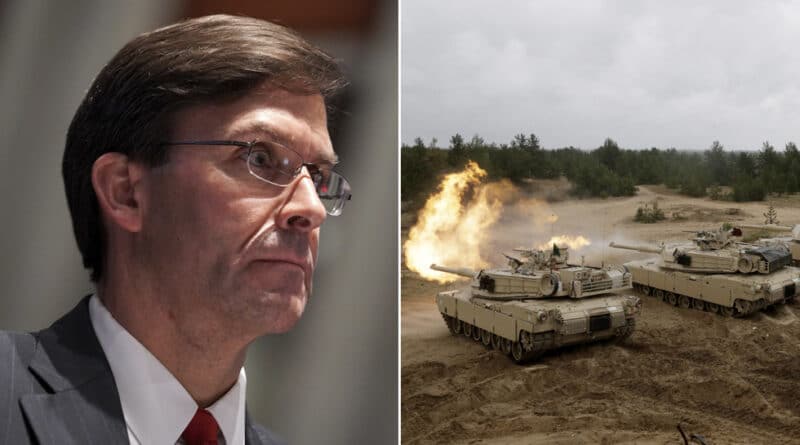 July 30, 2020.-  US Defense Secretary Mark Esper seemingly mistook the word ‘peace’ for ‘war’ when he made a gaffe in the middle of a speech on the relocation of American troops in Europe.

Esper was delivering important news to reporters: the Pentagon has laid out a plan to withdraw nearly 12,000 American soldiers from its NATO ally Germany.

The blunder occurred just when Esper was arguing that Germany, as the “wealthiest country in Europe,” can and should boost its defense spending.

The awkward phrase spurred jokes on Twitter, with some users calling the slip “a momentary lapse of honesty” and “the NATO slogan 2020.”

The Pentagon is planning to pull out a third of its forces stationed in Germany and relocate a part of them across other NATO countries, including Belgium, Italy and Poland.