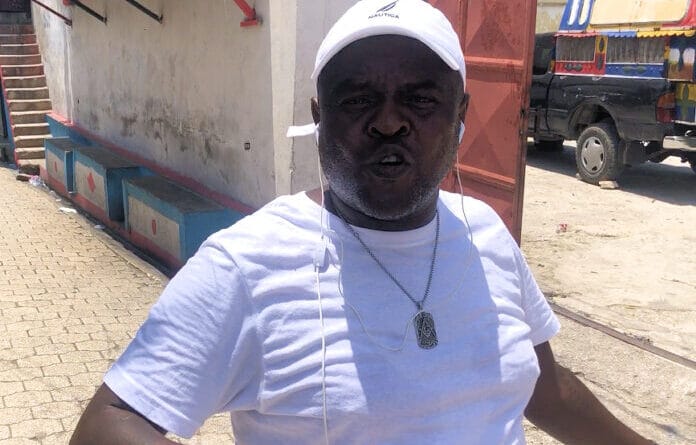 Every Marxist knows, as clearly laid out by Friedrich Engels and Vladimir Lenin, that the essence of any state are “special bodies of armed men having prisons, etc., at their command,” as the latter explained in his 1917 classic The State and Revolution.

The “special bodies of armed men” are primarily a nation’s army and police force, which protect the interests of the ruling class. In Haiti, the army, having been demobilized by President Jean-Bertrand Aristide in 1995 and resuscitated by Jovenel Moïse in 2017, is still a fledgling force of only about 500, while the Haitian National Police (PNH) is made up of some 15,000 police officers, making it Haiti’s principal armed body.

But Haiti is not currently a full-fledged nation enjoying sovereignty and self-determination. It is a neo-colony, and the U.S. is its principal imperialist overlord, with France and Canada acting as second and third fiddles. Haiti’s overseers in Washington also understand the central importance played by the PNH in controlling Haiti, and they have always paid close attention to managing and supervising the police force, as Haïti Liberté has illustrated in several articles over the past decade thanks to the secret U.S. diplomatic cables provided to the paper by the publisher Wikileaks.

Washington most certainly had a hand in last year’s appointment of PNH chief Léon Charles, who has always been their loyal, if not always well appreciated or effective, servant.

After the emergence last summer of the G-9 Family and Allies (an alliance of armed neighborhood organizations), many tried to present the movement – inaccurately – as an mere adjunct, if not a creation, of Jovenel Moïse’s regime, rather that the inevitable and largely autonomous “self-acting armed organization of the population,” as Engels, cited by Lenin, would have called it. The G-9’s purpose, in the words of its principal leader and spokesman, Jimmy “Barbecue” Cherizier, was a to carry out a “revolution” against the “rotten, corrupt system” in Haiti, presided over by “12 families” of Haiti’s tiny bourgeoisie.

This movement and its stated objective threw panic into not only the bourgeoisie, but also the U.S. Embassy, which quickly imposed economic sanctions on Cherizier while its human rights ally, Pierre Espérance of the National Network for the Defense of Human Rights (RNDDH), in report after contested report, demonized Cherizier as a monster, dismissing his declared goals of eliminating kidnapping and crime in the shantytowns as well as pressuring for schools, clinics, roads, sanitation, and other services for the slums’ desperately poor. The G-9’s professed self-defense and retaliation against rival gangs from Belair, Cité Soleil, Grand Ravine, and Village de Dieu was presented as aggression, and the RNDDH’s one-sided human rights reports became glaringly partisan.

Many critics of the G-9 produced the following question as their trump card to argue that the alliance was in the employ of Jovenel’s regime: if the government was truly not on the side of Cherizier, why haven’t the police arrested him for the outstanding warrant issued against him in 2018?

There are, of course, multiple reasons why the PNH might not have gone after Cherizier until now: rapport of force, sympathy within PNH ranks (Cherizier was a former Departmental Unit for Maintaining Order – UDMO – officer), fear of triggering a ticking time bomb, being tied up on multiple other fronts, etc.

In any case, that argument collapsed this week as the Haitian state launched an all-out offensive against the G-9 with its Intervention Corps for Maintaining Order (CIMO) unit attacking Cherizier’s neighborhood – Delmas 6 – burning or tearing apart many houses, while a still untold number of people were killed or wounded. The assault came as the coup de grâce after rival gangs from Belair, Ruelle Mayard, Grand Ravine, Croix des Bouquets, Village de Dieu, and other areas initiated murderous attacks against G-9 neighborhoods starting three weeks ago.

Violence is now engulfing Port-au-Prince. A CIMO officer, Gasely Limage, was shot in the head in Delmas 6 on Jun. 17 and later died from his wound, much to Cherizier’s chagrin, as expressed in a public Whatsapp voice message. Two warehouses were looted – one being “Marché Ti Tony” (belonging to businessman Antony Bennett) near the Gonaïves Crossroads bus station in front of the old HASCO refinery just south of Cité Soleil. Some press reports blame the G-9 for the looting, while others say that the G-9 was defending against looters in Delmas.

RELATED CONTENT: This is not a Crisis – This is a Rebellion: A Report from the Front Lines of Haiti

[Reached by telephone at 8 a.m. press time on Jun. 23, Cherizier told Haïti Liberté that the G-9 has changed its name to the “Revolutionary Forces of the G-9 Family and Allies,” that the G-9 had “no involvement” in the looting of “Marché Ti Tony,” that Léon Charles’ Jun. 19 version of Limage’s death was “a lie,” and that the G-9 is “stronger than ever.”]

The RNDDH realizes that the PNH offensive against the G-9 effectively disproves their central premise that Jovenel Moïse and Jimmy Cherizier are allies. Espérance is this week repeating his argument despite its logical inconsistencies.

“Contrary to what one might think, [Pierre Espérance] says there is no divorce or divergence between the G-9 and those in power,” wrote Franklyn B. Géffrard on the site of the Haitian Information Network. “‘This criminal organization,’ he said, ‘is only carrying out the will of the current leaders who believe they can hold power through gang violence.’”

Cherizier has only very recently been transformed into an aspiring revolutionary. He was, until 2018, a dedicated and zealous police officer, and, as a Delmas 6 leader, he worked closely for a time with opposition figures like businessman Réginald Boulos and venal politician Youri Latortue. However, he was badly burned, betrayed, and disillusioned by both the police and bourgeois opposition leaderships, which set him on his new, potentially revolutionary, path.

In short, what we are witnessing, as long-time Haitian intellectual and columnist André Charlier argued in Haïti Liberté in April, is the emergence of a form of “people’s war,” still inchoate, disorganized, contradictory, and immature. But its essence and potential are more dangerous to the neoliberal order which Washington seeks to establish in Haiti than a thousand vituperative declarations and Tweets by traditional leftist parties, activists, and politicians. Haiti’s mushrooming lumpen-proletariat masses are armed, angry, and not afraid to die. They are sick and tired of hunger, poverty, neglect, and being used in the power games of Haiti’s elites.

Now Jimmy Cherizier and all the G-9 leaders are in a fight for their lives. If they lose and are killed or imprisoned, the armed neighborhood movement may be chastened and set back for some time. But if they win, or even just survive, and find common ground with Haiti’s long-sidelined revolutionary intelligentsia, it could portend radical change in Haiti’s near future.

Featured image: Jimmy “Barbecue” Cherizier is the principal leader and spokesman of the G-9 Family and Allies, an alliance of armed neighborhood vigilance brigades in Port-au-Prince. Photo: Kim Ives/Haiti Liberté