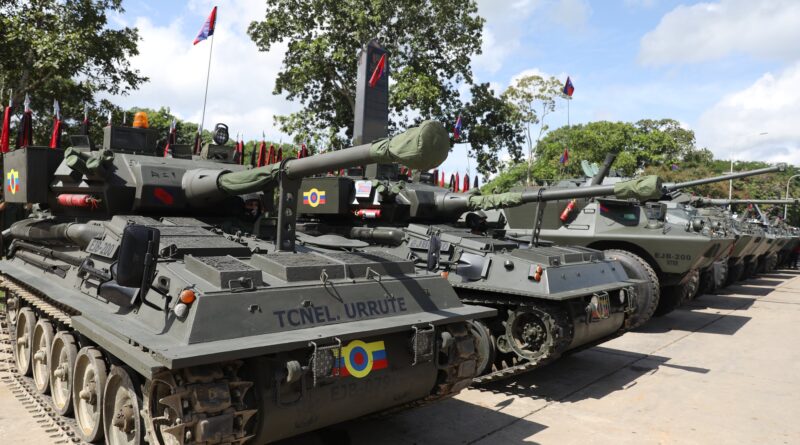 Despite the economic blockade imposed by the United States, Europe, and Canada on Venezuela, in a mechanical workshop located in the state of La Guaira the Bolivarian Republic was able to refurbish a large number of military vehicles, as well as tractors and trucks, using used spare parts and counting on the innovative spirit of Venezuelan professionals.

This activity was carried out within the framework of the I Also Have My Tank campaign promoted by the Venezuelan government in conjunction with the National Bolivarian Armed Force (FANB), to repair and renew military material, specifically equipment and vehicles.

“We are a little proud because we are doing something useful, trying to overcome the problems that have arisen,” said mechanic Gilberto Padilla. “As there are no spare parts, we are solving one thing with another.”

In the activity, vehicles that had been abandoned for many years have been restored, making them 100% operational within a few months, and ready to go into combat again.

In this sense, and in reference to one of the recovered tanks, the person in charge of the V-100 Project in La Guaira, Douglas Zambrano, declared: “We took on the task of doing it from scratch, adapting the engine to it. We make the custom mirrors, we buy the tires, the struts. We adapted air brakes for it.”

Thanks to the campaign, more than a thousand military vehicles have been repaired throughout the Venezuelan territory to date, all without importing a single piece.

Armored equipment has been refurbished, the cost of which—had the spare parts been imported—may have reached into the millions.

Featured image: Part of the military vehicles already refurbished or putted back into operation. Photo courtesy of @PrensaFANB