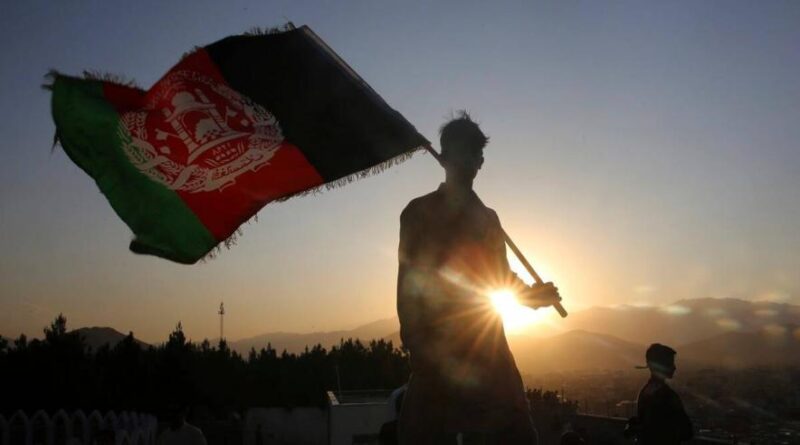 Meanwhile, foreign powers continue to treat Afghanistan as a battlefield for their regional ambitions.

As each day goes by, the Taliban’s forces edge closer to controlling all of Afghanistan. In the first week of August, the Taliban swept through the northern provinces of the country—Jawzjan, Kunduz, and Sar-e Pul—which form an arc alongside the borders of the Central Asian states of Turkmenistan, Uzbekistan, and Tajikistan. The violence has been severe; the pain inflicted upon civilians by the intensity of the fighting has been terrible. Having withdrawn its ground forces, the United States sent in its B-52s to bomb targets in the city of Sheberghan (capital of the province of Jawzjan); reports suggest that at least 200 people were killed in the bombings. It shows the weakness of the government in Kabul that its Ministry of Defense’s spokesperson Fawad Aman cheered on the bombing.

It’s unlikely that the Afghan government of President Ashraf Ghani will outlast the Taliban’s lightning strikes. The U.S. bombing will slow the advance, but it will not be able to reverse the tide. That is why regional powers in Asia have deepened contacts with the Taliban’s leadership, whose governance of the entire country seems inevitable.

‘Moderate’ Taliban
“The Taliban is not an entity by itself,” Heela Najibullah said when I spoke to her during the second week of August. “It is made up of groups of extremists and militants who use the rhetoric of jihad to achieve power.” Najibullah, author of the important book Reconciliation and Social Healing in Afghanistan (2017), is the daughter of Mohammed Najibullah, the president of Afghanistan from 1987 to 1992. Since the Doha Agreement (2020), Heela Najibullah said, “the Taliban has demonstrated in action that it is not moderate but has become even more extreme in the type of violence it is carrying out against the Afghan people and state.” The Taliban has rejected every overture of a ceasefire from Afghan peace organizations.

A close look at the Taliban leadership reveals little change since its founding in September 1994. The public face of the Taliban—Mullah Abdul Ghani Baradar—founded the Taliban and was a close associate of the first emir of the movement, Mullah Omar. After the United States attacked Afghanistan in October 2001, it was Baradar who took Mullah Omar on the back of a motorcycle to their refuge in Pakistan. Baradar, trusted by Pakistani intelligence, puts no daylight between himself the current leader of the Taliban—Mawlawi Haibatullah Akhundzada—and his two deputies—Mullah Yaqoob (son of the late Mullah Omar) and Sirajuddin Haqqani (leader of Pakistan’s Haqqani network). Akhundzada ran the Taliban’s judicial system from 1997 to 2001 and was responsible for some of the most heinous of its judgments. When COVID-19 infected most of the leadership, decision-making fell to Baradar.

At the March 2021 international peace conference in Moscow, the entire 10-person Taliban delegation—led by Baradar—was male (to be fair, there were only four women among the 200 Afghans in the process). One of the four women at the table was Dr. Habiba Sarabi, who was appointed as minister of Women’s Affairs in 2004 and then became the first female governor of an Afghan province in 2005. It is important to note that she was the governor of Bamyan, a province where the Taliban had blown up two sixth-century statues of Buddha in March 2001. In October 2020, Dr. Sarabi pointed out that Afghan women are “more mobilized,” although Afghanistan now faces “a crucial moment in our fight.” Reports have already appeared of forced marriages and public floggings of women in Taliban-controlled areas.

National Reconciliation
Women are more mobilized, says Dr. Sarabi, but they are not a powerful social movement. Afghanistan’s more liberal and left social forces “are active underground and are not an organized force,” Najibullah tells me. These forces include the educated sections, who do not want “extremist groups to drag the country into another proxy war.” That proxy war would be between the Taliban, the U.S.-backed government in Kabul, and other militant groups that are no less dangerous than the Taliban or the U.S. government.

Najibullah reaches back to the time when her father proposed the Afghan National Reconciliation Policy. A letter President Najibullah wrote to his family in 1995 could have been written today: “Afghanistan has multiple governments now, each created by different regional powers. Even Kabul is divided into little kingdoms… unless and until all the actors [regional and global powers] agree to sit at one table, leave their differences aside to reach a genuine consensus on non-interference in Afghanistan and abide to their agreement, the conflict will go on.”

Heela Najibullah says that the National Reconciliation Policy would require the political participation of a range of actors in an international and a regional conference. These actors would include those who have used Afghanistan for their own national agendas, such as India and Pakistan. At such a conference, Najibullah suggests, Afghanistan needs to be “recognized officially as a neutral state,” and this “neutral state” should be endorsed by the UN Security Council. “Once this is achieved, a broad-based government can be in charge until elections are held, reforms are discussed, and mechanisms are drawn for its implementation,” Najibullah says.

Proxy Politics
In the 1990s, President Najibullah’s policy was hampered by the deepening of proxy politics. Foreign powers acted through their armed emissaries—people such as Abdul Rasul Sayyaf, Burhanuddin Rabbani, Gulbuddin Hekmatyar, and Sibghatullah Mojaddedi—to cause mayhem in the country. They opened the door to the Taliban, which swept out of northern Pakistan across Afghanistan. Najibullah took refuge in the UN compound in Kabul, and then was killed mercilessly by the Taliban inside that compound in September 1996. Neither the U.S.-Saudi-Pakistani-backed forces (from Rabbani to Mojaddedi) nor the Taliban were interested in any kind of reconciliation policy.

Nor are they now invested in a genuine peace. The Taliban have shown that they can make significant advances and that they will use their territorial gains for political advantage; nonetheless, pragmatic members of the Taliban say that they just do not have the resources and expertise to govern a modern state. President Ashraf Ghani barely controls his own government, largely defenseless without U.S. air power. Each could bring something to the table in a reconciliation process, but its likelihood is low.

Meanwhile, foreign powers continue to treat Afghanistan as a battlefield for their regional ambitions. Blindness to history governs the attitude of several capitals, who know from previous experience that extremism cannot be contained within Afghanistan; it devastates the region. Heela Najibullah’s call to consider her father’s National Reconciliation Policy is not merely a daughter’s hope. It is perhaps the only viable path for peace in Afghanistan.