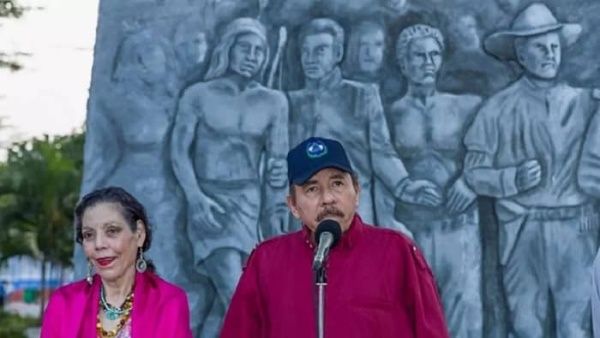 After a series of successive defeats in Nuestra América [Our America], the Empire is trying to focus its artillery on Nicaragua. The objective is to prevent the presidential elections to be held in November: by creating all kinds of fake news and encouraging social discontent, etc.

For this purpose, imperialism relies on the Nicaraguan parasitic oligarchy, manifested by right-wing parties, some of them coming from Sandinistas who have capitulated to the Empire, and, as usual, on the OAS, despite the latter being in terminal decline.

Nicaragua is not a minor issue, it affects all of Central America and the Caribbean. The country has a geopolitical importance of the first order. From the political point of view, Sandinismo‘s certain triumph in November’s election in Nicaragua and a possible historic triumph of the leftist candidate Xiomara Castro in Honduras may turn into another Yankee defeat.

RELATED CONTENT: Nicaragua: The Right to Live in Peace

This is why the Empire is so worried. We must not forget the that the Nicaraguan government, together with the Chinese, is building a second interoceanic canal in the continent.

In Argentina, Alberto Fernández has had a vacillating position towards Nicaragua. Perhaps he has not understood Brecht’s advice when the poet and playwright wrote: “First they came for the communists and I did not say anything because I was not…” It is clear that the Empire is also coming for Alberto Fernández and the democratic government of Argentina.

Both Alberto Fernández and Andrés Manuel López Obrador (AMLO) called back their ambassadors in Nicaragua for consultation, in repudiation of the alleged human rights violations committed by the government of Nicaragua.

The decision to call Ambassador Capitanich for consultation is the epilogue of a succession of diplomatic positions ordered by Alberto Fernández and repudiated by Daniel Ortega. Fernández instructed Capitanich to visit Nicaraguan “political prisoners” and Felipe Solá also requested the immediate release of said “prisoners.”

As a consequence, the Nicaraguan government has also recently called its ambassador to Argentina, Orlando José Gómez, for consultation.

RELATED CONTENT: The Media’s Lies, and Lies by Omission, About Migration Out of Nicaragua

The attitude of the government of Argentina is nothing like that other style of diplomacy that the Peruvian Foreign Affairs Minister Héctor Béjar recently pointed out in his inauguration speech.

It would not look bad if Daniel Ortega had instructed the Nicaraguan diplomatic representative in Buenos Aires to visit Milagro Sala, Luis D’Elia and the rest of the political prisoners of Argentina.

Featured image: The Nicaraguan government, led by President Daniel Ortega and Vice President Rosario Murillo, is under multifaceted attacks from the United States, to which, unfortunately, the government of Argentina has joined. Photo: Telesur.