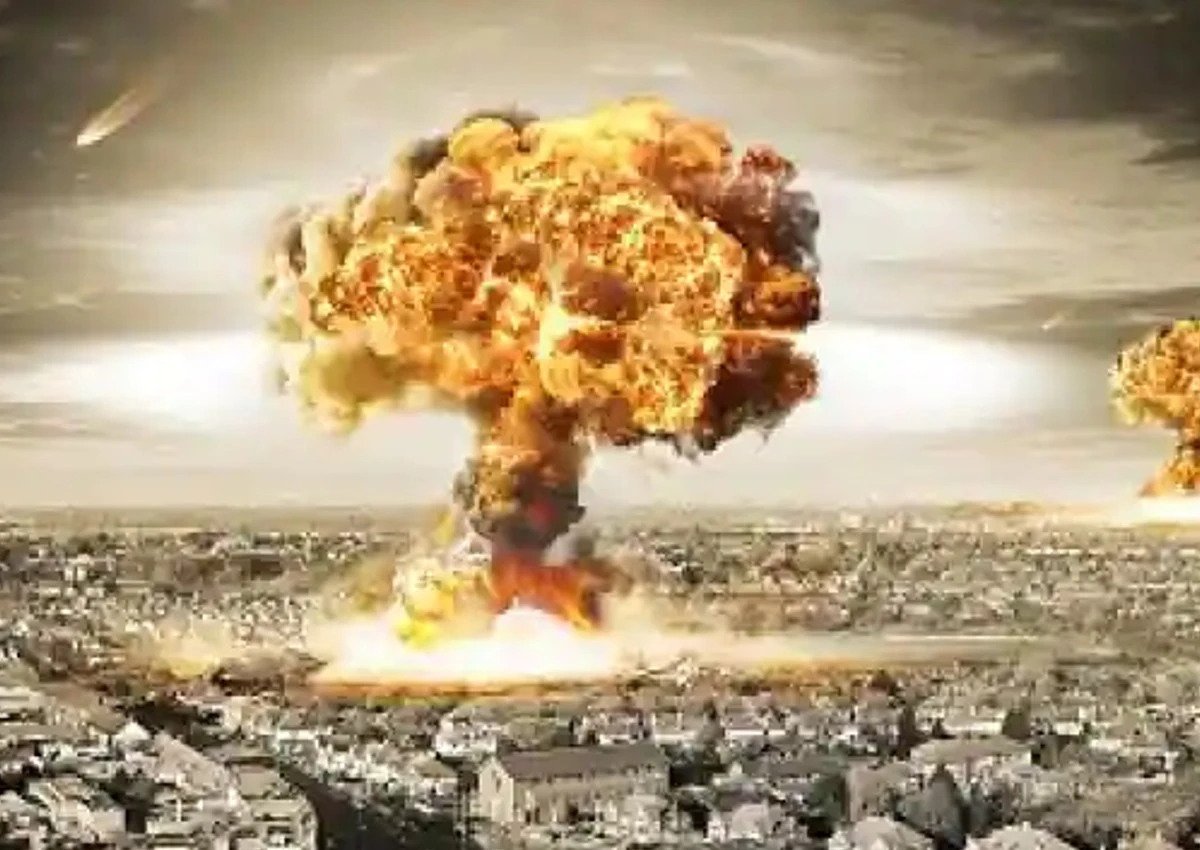 Mainstream punditry in the latter half of 2022 is rife with op-eds arguing that the US needs to vastly increase military spending because a world war is about to erupt, and they always frame it as though this would be something that happens to the US, as though its own actions would have nothing to do with it. As though it would not be the direct result of the US-centralized empire continually accelerating towards that horrific event while refusing every possible diplomatic off-ramp due to its inability to relinquish its goal of total unipolar planetary domination.

The latest example of this trend is an article titled “Could America Win a New World War? — What It Would Take to Defeat Both China and Russia” published by Foreign Affairs, a magazine that is owned and operated by the supremely influential think tank Council on Foreign Relations.

Western arms systems are among the best in the world—but to win a potential conflict against both China and Russia, the United States will also need to develop new fighting techniques, writes Thomas Mahnken.https://t.co/1xLExCQx5D

But Mahnken doesn’t claim a world war against Russia and China would be a walk in the park; he also argues that in order to win such a war the US will need to—you guessed it—drastically increase its military spending.

“The United States clearly needs to increase its defense manufacturing capacity and speed,” Mahnken writes. “In the short term, that involves adding shifts to existing factories. With more time, it involves expanding factories and opening new production lines. To do both, Congress will have to act now to allocate more money to increase manufacturing.”

The West Must Stop Blocking Negotiations Between Ukraine and Russia

But exploding US weapons spending is still inadequate, Mahnken argues, saying that “the United States should work with its allies to increase their military production and the size of their weapons and munitions stockpiles” as well.

Mahnken says this world war could be sparked “if China initiated a military operation to take Taiwan, forcing the United States and its allies to respond,” as though there would be no other options on the table besides launching into nuclear age World War Three to defend an island next to the Chinese mainland that calls itself the Republic of China. He writes that “Moscow, meanwhile, could decide that with the United States bogged down in the western Pacific, it could get away with invading more of Europe,” demonstrating the bizarre Schrödinger’s cat western propaganda paradox that Putin is always simultaneously (A) getting destroyed and humiliated in Ukraine and (B) on the cusp of waging hot war with NATO.

It's crazy how many people are making entire careers out of advocating the worst thing that could possibly happen. pic.twitter.com/GfmBrNDEDg

Again, this is just the latest in an increasingly common genre of mainstream western punditry.

In “The skeptics are wrong: The U.S. can confront both China and Russia,” The Washington Post’s Josh Rogin wags his finger at Democrats who think aggressions against Russia should be prioritized and Republicans who think that military and financial attention should be devoted to China, arguing porque no los dos?

In “Could The U.S. Military Fight Russia And China At The Same Time?“, 19FortyFive’s Robert Farley answers in the affirmative, writing that “the immense fighting power of the US armed forces would not be inordinately strained by the need to wage war in both theaters” and concluding that “the United States can fight both Russia and China at once… for a while, and with the help of some friends.”

In “Can the US Take on China, Iran and Russia All at Once?” Bloomberg’s Hal Brands answers that it would be very difficult and recommends escalating in Ukraine and Taiwan and selling Israel more advanced weaponry to get a step ahead of Russia, China and Iran respectively.

In “International Relations Theory Suggests Great-Power War Is Coming,” the Atlantic Council’s Matthew Kroenig writes for Foreign Policy that a global democracies-versus-autocracies showdown is coming “with the United States and its status quo-oriented democratic allies in NATO, Japan, South Korea, and Australia on one side and the revisionist autocracies of China, Russia, and Iran on the other,” and that aspiring foreign policy experts should adjust their expectations accordingly.

When they’re not arguing that World War Three is coming and we must all prepare to fight it and win, they’re arguing that a global conflict is already upon us and we must begin acting like it, as in last month’s New Yorker piece “What if We’re Already Fighting the Third World War with Russia?”

New: The skeptics are wrong: The U.S. can confront both China and Russia https://t.co/raxePmSa0T by me @PostOpinions

These Beltway swamp monster pontifications are directed not just at the general public but at government policymakers and strategists as well, and it should disturb us all that their audiences are being encouraged to view a global conflict of unspeakable horror like it’s some kind of natural disaster that people don’t have any control over.

Every measure should be taken to avoid a world war in the nuclear age. If it looks like that’s where we’re headed, the answer is not to ramp up weapons production and create entire industries dedicated to making it happen, the answer is diplomacy, de-escalation and detente. These pundits frame the rise of a multipolar world as something that must inevitably be accompanied by an explosion of violence and human suffering, when in reality we’d only wind up there as a result of decisions that were made by thinking human beings on both sides.

The ‘War on Terror’ May Be About to Hit Europe

It doesn’t have to be this way. There’s no omnipotent deity decreeing from on high that we must live in a world where governments brandish armageddon weapons at each other and humanity must either submit to Washington or resign itself to cataclysmic violence of planetary consequence. We could just have a world where the peoples of all nations get along with each other and work together toward the common good rather than working to dominate and subjugate each other.

MUST WATCH: The brilliant Professor Sachs speaks the truth and offers his wisdom and advice for humanity.

"The real struggle of the world is to live together and overcome our common crises of environment and inequality."

We could have a world where our energy and resources go toward increasing human thriving and learning to collaborate with this fragile biosphere we evolved in. Where all our scientific innovation is directed toward making this planet a better place to live instead of channeling it into getting rich and finding new ways to explode human bodies. Where our old models of competition and exploitation give way to systems of collaboration and care. Where poverty, toil and misery gradually move from accepted norms of human existence to dimly remembered historical record.

Instead we’re getting a world where we’re being hammered harder and harder with propaganda encouraging us to accept global conflict as an unavoidable reality, where politicians who voice even the mildest support for diplomacy are shouted down and demonized until they bow to the gods of war, where nuclear brinkmanship is framed as safety and de-escalation is branded as reckless endangerment.

We can have a healthy world. We’ve just got to want it badly enough. They work so hard to manufacture our consent because, ultimately, they absolutely do require it.