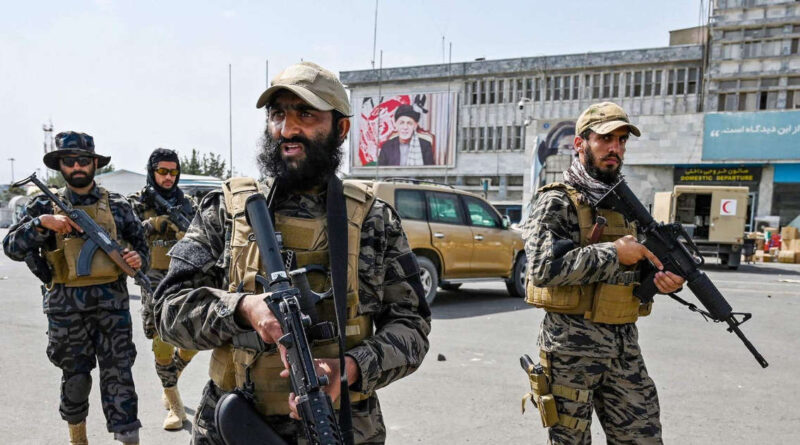 So where do we go from here? Better still, where do we even begin to unravel the pain, sorrow, and hardships Afghans have endured for decades?

Do we start with the American invasion twenty years ago? Its objective was to end terrorism as part of the ‘War on Terror’ after the 9-11 attacks, the anniversary of which occurs shortly?

Can we usefully employ this timescale of American and NATO interference in the internal affairs of the Afghan people? A  prelude to war on Iraq? Should we start a timeline from 2001? If we cannot ignore the transgressions of the Taliban while in power, surely we cannot ignore how they came to power in the first place?

Should the timeline begin with the Taliban gaining control in Kabul, or must we delve back even further to the government that ruled Afghanistan prior to the rise of the Taliban?

Now, I am not a historian and the situation has been complex for a very long time but let’s just simplify things a little bit.

After three Anglo-Afghan wars, a monarchy continued to rule Afghanistan until a bloodless coup was led by General and former Prime minister Mohammed Daoud Khan on July 17, 1973.

Born into the royal family he deposed the King and inaugurated a one-party-style political system installing himself a supreme leader as president of the Republic of Afghanistan.

Economic reforms were promised but failed to materialise as events on the ground became unstable. As president, he led a purge of the Soviet-aligned Peoples Democratic Party of Afghanistan (PDPA). One of its leaders was assassinated and several of its officials; arrested. Many went into hiding and led a military coup on April 28, 1978, deposing Daoud Khan. He and his family were killed and a secular communist government was then established.

With Afghanistan now led by a secular, pro-Soviet government at the height of the cold war between American capitalism and Soviet communist ideologies, the stage was being set for a proxy war financed by America to destabilise the country and trap Soviet troops in a Vietnam-type quagmire of military entanglement.

Many analysts and historians have claimed that the Central Intelligence Agency set out to recruit, arm, finance, and train Islamic fundamentalists? People who through their religious outlook and practices, similar to the type of Islam practiced by Saudi Arabia, could be radicalised in order to incentivise an armed opposition to the government of Afghanistan. While opposition to the communist government was already established, it was about to be fully financed by America, Saudi Arabia, and others. Pakistan was already a haven for the Afghan opposition.

Under Operation Cyclone, the Central Intelligence Agency of America financed and armed the Afghan opposition between 1979 and 1989.

A civil war erupted between ‘the mujahideen’ who were led by, among others, Ahmad Shah Massoud, joined later by Saudi Arabian Osama Bin Laden, and the secular government of Afghanistan, that had invited the Soviet Army into Afghanistan to help restore order.

The protagonists were ready. The stage was set, the actors employed, armed, and financed, and the war began in earnest.

The Mujahideen trained and financed by the American government and others succeeded in destroying the secular government. The Taliban took control of Kabul.

Human rights were repressed and women especially were forced to conform to Islamic law.

America won the proxy war. Their surrogate army, which repressed women and arguably de-evolved human rights by 100 years, seized power and the American administration was full of self-congratulatory smugness.

Then began the systemic misrule of Afghanistan by the reactionary forces of Islam, the Taliban.

The mujahideen, a collection of opposition forces, then began an internal struggle between the Northern Alliance forces and the Taliban in 1996. This struggle ended with the American-led invasion of 2001.

Pakistan and its Inter-Services Intelligence agency ISI played a major role on behalf of America during the Mujahideen revolt and harbored its leaders.

Many of those who fought on the side of the Afghan Mujahideen were not even Afghans but Islamic extremists from many other Arab countries.

With claims of Al Qaeda Islamic militants now training in Afghanistan, and the country a hotbed for fundamental Islamists, America blamed Bin Laden and others for the 9-11 attacks on the twin towers. Although nearly all those accused of perpetrating this atrocity were Saudi Arabian, and the only planes allowed to leave America in the immediate aftermath of the attacks were Osama bin Laden’s family, America duly attacked Afghanistan. This was despite claims the Taliban had offered to help America hold those responsible to account?

The Taliban had been part of the mujahideen front which took control of Afghanistan. The Taliban now controlled 90% of the country while various warlords and drugs gangs involved in the Northern Alliance controlled the countries northeast corner.

The puppets of American imperialism, the Mujahideen, now the Taliban, went from Washington’s brave fighters for freedom to the terrorists who needed to be rooted out and destroyed when America and its allies bombed parts of Afghanistan back to the stone age.

A twenty-year invasion and occupation costing an estimated $2 trillion alongside countless allied and Afghan deaths have finally ended.

American troops withdrew in a negotiated humiliating retreat on August 31, 2021.

I asked at the beginning of this piece, What next for Afghanistan?

With the Taliban now back in charge of affairs in Afghanistan amid claims they want to pursue national reconciliation with the Northern Alliance, who would benefit from the disruption of this initiative?

The new Sino-Soviet cooperation in rebuilding an economic supply line into a revitalised economic Eurasia will be a focal point of American and European sanctions and destruction.

American troops may well have left Afghanistan. No more NATO boots on the ground—but the economic cooperation policies pursued by China and Russia to include vast investment in infrastructure projects throughout Eurasia to include Afghanistan may yet see a new proxy war aimed at the Taliban government. In reality, it will be yet another war against Russian, and now Chinese, economic cooperation in the region.

While NATO and America pursue a military dominance in a hegemonic new unipolar world order, Russia,  China, and increasingly many others, from Iran to Venezuela, pursue a cooperative, multipolar, mutually benefitting economic strategy. America will use every vestige of influence along with the EU to destroy, destabilise, and attack the new Belt and Road initiative led by China and supported by most Eurasian and African countries.

The war on terror is nothing more than a capitalist-imperialist attack on democracy and the freedom of sovereign nations, led by those who claim to cherish democracy and freedom yet they continually bomb, invade, sanction, murder, displace, and maim millions, all in the name of humanitarian intervention.

I fear Afghanistan will not see peace and stability. I fully expect the Northern Alliance and now Al Qaeda in Afghanistan, ISIS-K, to give its American name to be used and directed by America to disrupt the Belt and Road initiative and have continued war in the region.