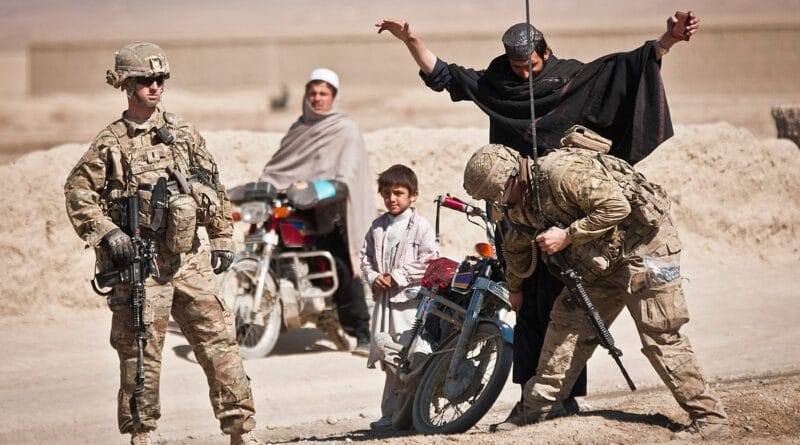 At a discussion organized by Tricontinental: Institute of Social Research, panelists pointed out that peace in Afghanistan can only be guaranteed through regional reconciliation led by regional players, independent of interference from the West

The prolonged conflict in Afghanistan is a result of constant external interventions that promoted regressive and conservative forces in the country over the progressives and liberals in order to cater to their own interests. Any real peace in Afghanistan can therefore only be guaranteed by a regional reconciliation led by the forces in the region, argued panelists at a discussion organized by Tricontinental: Institute of Social Research on Thursday, September 1.

The conversation between Heela Najibullah, a researcher based in Switzerland and daughter of Afghanistan’s last socialist president, Mohammad Najibullah, and Taimur Rahman, general secretary of the Mazdoor Kisan party in Pakistan, was moderated by Vijay Prashad, director of the institute.

The panelists problematized the narrative of the US defeat in Afghanistan, asserting that calling the US withdrawal and Taliban recapture of power a “defeat” only serves the purposes of the US as it can now easily wash its hands of all problems faced by the Afghans. It is also important to recognize that the US has great influence over the Taliban, which it will use to carry forward its own interests in the region.

The myth of a moderate Taliban
According to Heela Najibullah, the western media’s discourse around the latest version of Taliban being more moderate is false. She argued that the Taliban trying to put on a moderate face is absolute myth and propaganda as the group has continued to use violence against Afghans in the last two decades. Even during the talks with the US in the last three years, it did not refrain from using suicide bombings and violence against civilians. Therefore, talking about the Taliban being reformed or changed is incorrect.

Rahman added that the Taliban’s moderate face is only a facade put on to gain greater acceptability in international politics. He accused the Pakistani secret service, ISI, of schooling the Taliban for the same, as the overarching presence of social media makes it difficult to hide acts of brutality.

He also argued that the Taliban appears moderate due to the presence of terrorist organizations such as the ISIS-Khorasan. This has led the world to cooperate with the Taliban and ignore or trivialize the brutalities committed by it against Afghan citizens.

The presence of left and moderate factions in Afghanistan
Answering a question about the absence of left and liberal sections in Afghan politics, Najibullah said that the absence of alternative opposition parties has been a historical problem in Afghan politics. Even in the post-2001 political set-up, liberals and leftists were sidelined and the mujahideen was promoted by the US-supported regime. She quoted an ex-member of the leftist Watan Party, who pointed out that during the so-called “democratic Afghanistan,” he could not register the party due to reluctance from the governing elite. The absence of alternative left parties has led to greater disillusionment among progressive sections and the youth, who have gradually left Afghanistan in large numbers to go to Europe and other countries.

Najibullah, however, asserted that the liberal and left resistance in Afghanistan is not completely dead. “At the current moment, their struggle is to survive,” and it will take time for them to come up against the atrocities committed by the current regime, she said.

Refuting the popular perception of barbarism and authoritarianism as essential characteristics of politics in the East, particularly in South and Central Asia, the panelists asserted that such notions are promoted by the West as part of a larger imperialist project.

The imperialist forces have used every trick in the book to suppress real political alternatives, especially left parties, in the region. Rahman noted that in the 1970s, when most of the parties in the region claimed to be socialist, imperialist forces actively started supporting and promoting conservative and reactionary movements to suit their own agenda. He argued that calling the East barbaric serves the imperialist project to hide their acts of aggression and loot in the region and justify the wars and killings.

Regional dynamics
The panel noted that regional disagreements and fault lines do exist. For example, anger against Pakistan in Afghanistan may prevent true reconciliation and peace in the region.

Prashad argued that the Shanghai Cooperation Organisation (SCO) and Belt and Road initiative can play a greater role in such regional reconciliation. He also asserted that the initiative for peace in the region must be led by countries in the region, independent of interference from the West.