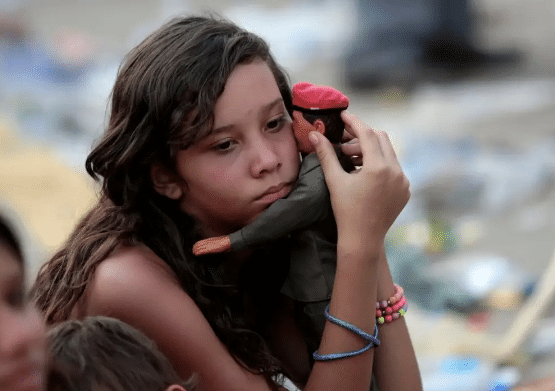 Whenever I wear one of my many shirts, necklaces, or buttons adorned with the faces of great leaders such as Hugo Chávez, Nestor and Cristina Kirchner, Che, or Evita, I will commonly get a comment in real life or on social media about how I am “worshipping” or engaging in a “cult of personality”. It’s not true, what I am exhibiting is loyalty, which is expressly different because of a simple fact: this political loyalty is a two-way street. Cristina Fernandez de Kirchner, two-time president of Argentina and current vice president, put it succinctly on the day of her inauguration as VP in 2019. She said that “Loyalty, that value that some do not understand and think that loyalty is only following a political leader. No! Loyalty between a politician and the people must be two points. The People are not stupid. They conceive loyalty for leaders who they feel that represent and defend them. That will, that humility, and that courage must have one goal: love.”

In this country we have an oligarchy that props up the political and economic establishment at the great expense of the people. We have a handful of people with more wealth than the bottom 150 million of our fellow workers. According to the Census Bureau, whose definitions of poverty are already far too forgiving—thus the following numbers are assumed to be on the low side—there are 39.7 million people living in poverty, of whom 18.5 million are in extreme poverty, and 5.3 million are in conditions of absolute poverty. Of these people, 12.5 million are children. One in 12 adults over 60 (5.5 million people) do not have enough food. According to data from the same office, 140 million people do not have enough income (43.5% of the population).

Statistics in Venezuela or Argentina before their respective popular triumphs of Chávez and Kirchner were in similar states: many poor, few rich. For Argentines and Venezuelans, the left governments inaugurated in the early 2000s meant historic firsts. For many people, this was the first time they ever felt represented and defended from austerity, neoliberalism, and capitalism. These governments represented the first time they were able to see a doctor, get medicine, have a home, take a vacation, get a decent education, be considered equal, eat adequately, and have a job with dignity. For over a million people in Venezuela, it represented the first time that they could read! Chavistas and Kirchneristas are loyal because their respective leaders and movements have been loyal to them. It is not worship, it is being thankful for the policies of social inclusion and love that these ideologies represent.

My dream is that one day, the people of the United States finally understand why people have these feelings, because we too will have had a leader who was loyal to us and therefore deserves our loyalty back. It is our job to make this happen through a movement of the masses.

Featured image: A supporter of Venezuela’s late President Hugo Chávez holds a doll of him as she stands outside a military academy where the funeral ceremony for Chávez is held, Caracas, March 8, 2013. Photo by Reuters.