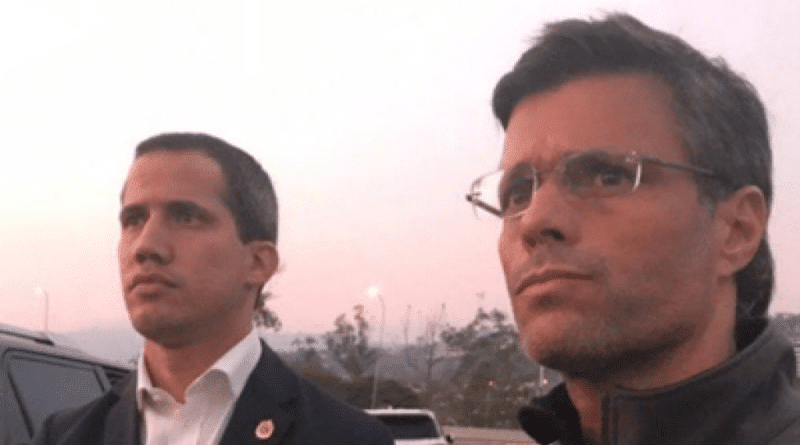 Opposition MP Juan Guaidó, who on Sunday proclaimed himself  president of the National Assembly (AN) in contempt, formalized his  resignation from the political party Popular Will lead by hard right politician Leopoldo Lopez.

“I ask my party (Popular Will) to release me from militancy to focus completely on the freedom of Venezuela,” Guaidó said during the unconstitutional installation of the new board of directors of the AN at the headquarters of El Nacional newspaper, in Caracas.

Analysts said this is evidence of the magnitude of the rupture within the anti-chavista leadership in Venezuela. “Especially because Leopoldo Lopez handled this party like his own fans’ club,” an expert said to OT.

Guaidó led a “parallel session” without quorum at the headquarters of said newspaper with the intention of proclaiming himself the president of the AN, this after refusing to enter the Federal Legislative Palace, where the election of the new board of directors for the period 2020 was under way.

This Sunday Deputy Luis Parra was elected as the new president of the AN. Deputy Franklin Duarte was appointed as first vice president, and José Gregorio Noriega as deputy vice president.

Featured image: Guaido and Lopez during the April 30, 2019, Coup attempt.