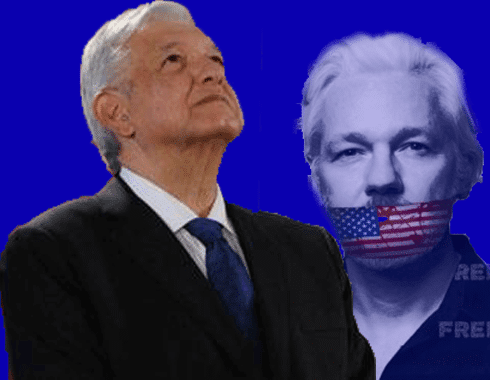 In a specific question about the situation of torture that the creator of Wikileaks may be experiencing, the Mexican president has stated that the information presented by Julian Assange showed the world how a world authoritarian system works. The secrets of states revealed by this hacker and journalist have kept him detained for months.

Therefore, López Obrador requested that he be forgiven and released, after having exhibited major abuses by the US government and having released sensitive documents.of the most powerful nations in the world. He even revealed data about Mexico and the Felipe Calderón drug war. The latter accused Hugo Chavez of having financed Tabasco, a complaint that was mentioned before the United States. Everything was false.

Obrador said that a person who acted in this way should not be tortured for informing the world about acts of abuse by high-powered governments. In addition, he noted that Wikileaks revealed real data on how the Calderonist government stained its image when it was part of the opposition in the previous decade.

“I manifest my solidarity (to Julian Assange),” he said, assuring that releasing him would be “a just act for human rights.” The data displayed by Wikileaks reveals the abuse by US troops of hundreds of political prisoners, in addition to attacks on unarmed civilians in the Middle East. “You cannot turn your back on the pains of humanity,” he said to close the issue.

@lopezobrador_
This grieving mother thanks you Sir…

President of Mexico calls for the release of my son Julian…

"He should not continue to be tortured"

"Liberating him will be a very just cause for human rights" #BringJulianHome#NoUSExtradition https://t.co/uZ15H1c1Ao

This grieving mother thanks you Sir… The president of Mexico calls for the release of my son Julian… “He should not continue to be tortured” “Liberating him will be a very just cause for human rights,” she posted.