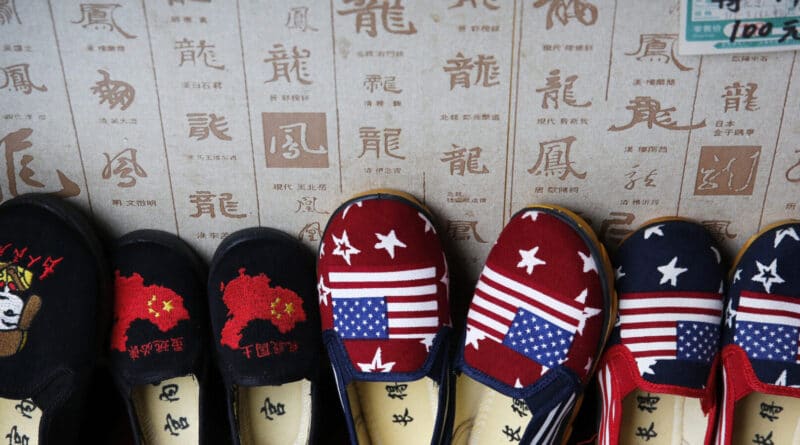 Both pro- and anti-war voices have stated that the U.S. is on the cusp of entering a second Cold War, and a new Gallup poll suggests that the groundwork for such a conflict has already been laid.

Anew Gallup poll finds that U.S. public opinion on China and Russia has crashed to all time lows. Only 20% of Americans hold favorable views towards China. This is a remarkable decline, considering that only three years ago, the majority of the country saw the Asian giant in a positive light. The public image of Russia is barely any better, with just 22% of the country viewing the world’s largest nation in favorable terms and 77% holding unfavorable views towards the country.

Negative sentiment towards Beijing has risen across the board, but Republicans are most likely to hold it in low regard, with only 10% of GOP voters seeing China positively. Among Democrats, only 27% continue to hold a very or mostly favorable opinion of the country. Meanwhile, Democrats are particularly likely to feel hostility towards Russia, with fewer than one-in-six (16%) telling Gallup they maintained positive opinions about the country, as opposed to 25% of Republicans and 24% of independents.

The only countries considerably more unpopular with the public are North Korea and Iran. Canada and the United Kingdom are Americans’ preferred nations, with both enjoying an over 90% approval rating.

RELATED CONTENT: China Announces Sanctions Against Mike Pompeo and Other US Nationals

Retooling for an intercontinental war

Last year, American military planners advised that the U.S. should step up its campaign of psychological warfare against Beijing, including sponsoring authors and artists to create anti-China propaganda. The Pentagon’s budget request for 2021 makes clear that the United States is retooling for a potential intercontinental war with China or Russia. It asks for $705 billion to “shift focus from the wars in Iraq and Afghanistan and a greater emphasis on the types of weapons that could be used to confront nuclear giants like Russia and China,” noting that it requires “more advanced high-end weapon systems, which provide increased standoff, enhanced lethality and autonomous targeting for employment against near-peer threats in a more contested environment.”

China’s rapid fall from admired business partner to hated enemy comes amid 12 months of U.S. government accusations that it covered up the origins of the COVID-19 pandemic and helped spread the virus globally. President Trump was particularly fond of pointing the finger at Beijing, demanding that the United Nations “hold China accountable for their actions.” The World Health Organization’s refusal to solely condemn China for the coronavirus was a key factor in Trump’s decision to pull the United States out of the organization in July. U.S. government officials such as Sen. Tom Cotton of Arkansas also spread Sinophobic conspiracy theories about the origins of the virus.

China’s rapid economic rise is alarming many U.S. policymakers. While the United States and others failed to control and eradicate the virus, causing massive economic stress, China had essentially reopened as normal by the end of spring and is posting strong growth figures. In this context, the U.S. has attempted to halt its rise through economic means, pressuring other nations not to give the go ahead to a 5G network operated by Huawei, attempting to suppress Chinese-owned video app TikTok and trying to ban electronics and telecommunications giant Xiaomi.

The U.S. has also tried to isolate China diplomatically and militarily, presenting itself as the champion of an oppressed Uyghur population while also building up its military presence around China’s borders. As a result of the negative publicity, racist attacks against Asian-Americans have dramatically increased.

Russia, meanwhile, has been the focus of Democratic Party ire since their defeat in the 2016 election. Prominent Democrats have accused Vladimir Putin of being behind the rise of Bernie Sanders, paying Afghans to kill American soldiers, and of helping spark the January 6 insurrection on the Capitol Building in Washington, D.C. RussiaGate — the belief that Moscow managed to hack the 2016 election, swinging the result for Trump — has hardened liberal attitudes towards the country and drastically increased suspicion and fear of Russians. This was crystallized by former Director of National Intelligence James Clapper’s comments on NBC’s Meet The Press, where he claimed that Russians are “typically, almost genetically driven to co-opt, penetrate, gain favor.” As with China, the U.S. government has attempted to score diplomatic points, taking up the case of imprisoned politician Alexey Navalny.

President Biden has shown a willingness to be as aggressive as Trump with regards to the nations considered to be America’s two primary adversaries. During the presidential campaign, the 78-year-old Delawarean routinely presented his opponent as a Kremlin stooge and soft on China. Only weeks into his term in office, he has already “confronted” Putin via telephone, condemning him for Russia’s treatment of Navalny and reaffirming his commitment to Ukraine’s sovereignty (i.e. its allegiance to the West). A few weeks later, the new president called Chinese Premier Xi Jinping during New Year celebrations to excoriate him on human rights abuses in Hong Kong and Xinjiang.

It appears as if the years of negative publicity against the two countries has had an effect, with Americans’ view of Russia and China even more negative than during the Cold War. Both pro- and anti-war voices have stated that the U.S. is on the cusp of entering a second Cold War. The new Gallup poll suggests that the groundwork for such a conflict has already been laid.

Featured image:  Chinese made children’s shoes embroidered with Chinese maps and U.S. flags are on display at a shop in Beijing. Andy Wong | AP