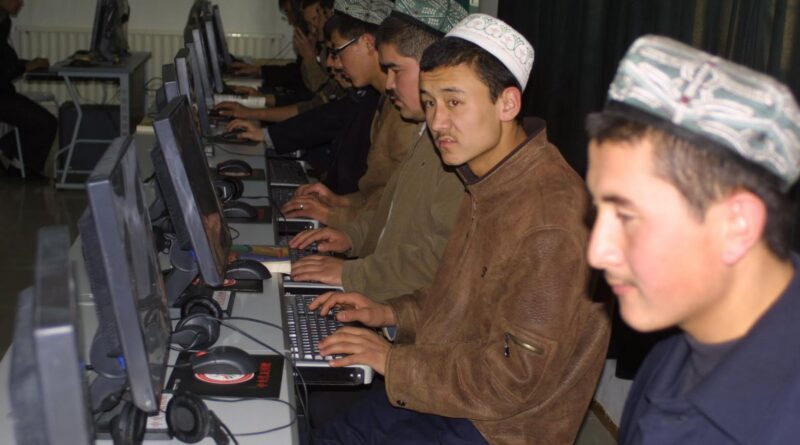 Experts say U.S. officials are seeking enemies, not the truth.

In the final days of the Trump Administration, Secretary of State Mike Pompeo denounced China for carrying out “genocide” against its Uighur minority. He accused the Communist Party of China of engaging in “forced assimilation” and other crimes, providing a laundry list of alleged offenses but no proof.

Antony Blinken, Biden’s Secretary of State, told a Senate committee that he agreed China was engaged in “genocide.”

China faces a difficult question: How can it combat a ruthless minority of militants while not alienating the larger Muslim community?

But Zhun Xu, an associate professor of economics at John Jay College, says politicians are seeking scapegoats for serious U.S. economic and other problems. Creating or exaggerating human rights violations is one way to “play the China card,” he tells me in a phone interview from New York.

“There is bipartisan support to create an outside enemy,” he says.

In 2008, on assignment for the San Francisco Chronicle, I reported from Xinjiang, the predominantly Uighur province. It sits in China’s far northwest. Uighurs are ethnically linked to Turks, and have their own language and culture separate from China’s dominant Han nationality.

A few years prior to my trip, two terrorist groups had murdered civilians in knife and bombing attacks. These groups called for independence of “East Turkestan” (Xinjiang) and the expulsion of Han Chinese. The groups distorted Islam to justify their actions.

Abuduriyimu Haxim Aji, then-vice director of Xinjiang’s public security bureau, explained the difficulty of combating religion-based terrorism. “The terrorists are small in number but the religious followers are big in number,” he told me. “They use religion to deceive a small group of people and advocate Holy War.”

China subsequently faced serious attacks on civilians and police officers. In 2009, in the provincial capital of Urumqi, Uighurs and Han rioted, killing 197 people and injuring 1,700. In 2014, the Turkestan Islamic Party, a separatist group, gave its support to the attack on civilians at the Kunming railway station, killing thirty-one and injuring 140. Kunming is located in Yunnan province, far from Xinjiang.

Today, extremists have allied with international terrorist groups. Roughly 5,000 Uighurs are fighting alongside Islamic  extremists from other countries in rebel-controlled Syria. They live in an area under the control of infamous warlord Abu Mohammad al Julani, according to Marco Carnelos, formerly Italy’s special envoy for Syria.

Chinese authorities worry that the fighters will return to China, to apply their military skills.

China faces a difficult question: How can it combat a ruthless minority of militants while not alienating the larger Muslim community?

We all know how the United States responded to the attacks of September 11, 2001, arresting nearly 2,000 Arabs and Muslims on phony charges, none of whom were connected to the 9/11 attacks. It set up secret black sites to house kidnapped and tortured suspects. It created the Guantanamo concentration camp to hold and torture prisoners. The FBI infiltrated mosques, sowing fear and anger among Muslims who had no ties to terrorist groups.

China, in contrast, set up Education and Training Centers aimed at convincing Uighurs not to support extremism. The Centers are supposed to teach Mandarin and job skills. Numerous human rights groups accuse the centers of condoning rape, torture, and forced labor.

Bringing people into large centers, separated from family and friends, alienated many Uighurs. “Building a training center is not the ideal way of doing this job,” says China expert Xu.

He says community-based education would better root out the extremists. “Community schools, social networks and classes in mosques” would be far more effective, in his view.

In my opinion, Chinese authorities made mistakes and engaged in human rights abuses. Some people were sent to the centers without justification; others were held too long. Overly zealous guards beat detainees. But Washington intentionally exaggerates conditions in the centers and how many people they held.

Washington claims Beijing at one time held one million or more people in internment camps. But an investigative article in The Grayzone exposed the origins of that number. The United Nations Committee on the Elimination of Racial Discrimination received a 2018 report claiming a total of one million Uighurs were sent to “reeducation camps.” But that figure was based on interviews with eight Uighurs. There was no actual count of detainees.

Similarly, Washington offers no credible proof of genocide. If, as Pompeo claims, China “has engaged in forced assimilation and eventual erasure of a vulnerable ethnic and religious minority group,” there should be a decrease in the Uighur population and increase in the Han.

In reality, it’s the opposite. According to a chapter in an upcoming book, Sanctions as War, Xu notes that, from 2010 to 2018, the Uyghur population increased by 24.9 percent, while the Han population in Xinjiang grew by only 2.2 percent.

“There is no evidence that China is trying to erase any ethnic or religious group,” Xu says in our interview. “It is ironic that the U.S. government, which had an actual record of such forced assimilation and erasures, would accuse China of this crime.”

Under Chinese law, Uighurs and other minority nationalities enjoy autonomy within the country’s political system. For example, they can enroll in schools taught in their native language and receive preferential treatment in college admissions.

However, according to Xu, since China adopted a market economy in the 1980s, Beijing has emphasized national unity. Han chauvinists stress the importance of everyone speaking a common language, saying “If you don’t speak Chinese, you’re not Chinese.”

“Han chauvinism is a problem,” he says. Chinese speakers tend to get the best jobs and own the most profitable private companies. “A market economy pushes people to Han culture.”

There have been no terrorist attacks in Xinjiang since 2017. The government crackdown has partially succeeded, and Uighurs are tired of extremist attacks. At the same time, some Uighurs feel alienated from the government because of the crackdown.

The United States, France, Britain, and many other countries fear terrorist attacks even when none have occured in recent years. They do everything possible to prevent Mideast extremist fighters from returning home. China is no different.

Reese Erlich’s “Foreign Correspondent” column appears regularly in The Progressive. Erlich is an adjunct professor in International Studies at the University of San Francisco.