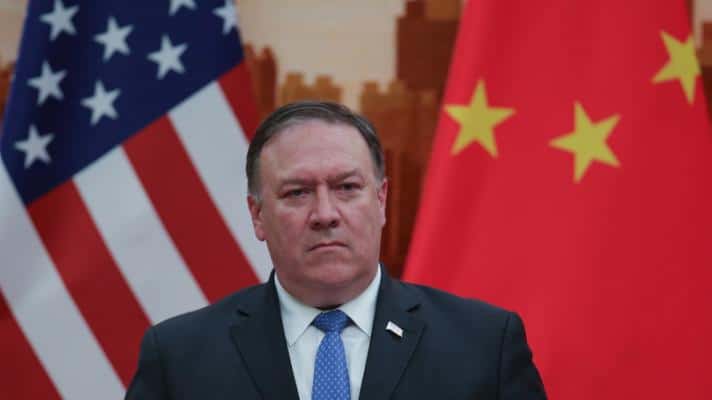 The Chinese Foreign Ministry has issued a statement informing that its government will sanction Mike Pompeo for “harming the interests of China” and “seriously violating the sovereignty of China.”

Earlier, within hours of finishing his tenure, Pompeo accused China of committing “genocide” against Muslim ethnic minorities in Xinjiang, to which the Chinese government responded by calling him a “clown of the apocalypse.”

“Over the past few years, some anti-China politicians in the United States, out of their selfish political interests, prejudice and hatred against China, and showing no regard for the interests of the Chinese and American people, have planned, promoted and executed a series of crazy moves which have gravely interfered in China’s internal affairs, undermined China’s interests, offended the Chinese people, and seriously disrupted China-U.S. relations.

“The Chinese government is firmly resolved to defend China’s national sovereignty, security and development interests. China has decided to sanction 28 persons who have seriously violated China’s sovereignty and who have been mainly responsible for such U.S. moves on China-related issues.

“These individuals and their immediate family members are prohibited from entering the mainland, Hong Kong and Macao of China. They and companies and institutions associated with them are also restricted from doing business with China.”

Featured image: China condemns Mike Pompeo with sanctions for his policy of harassment against the Asian nation. (Photo: Getty Images).