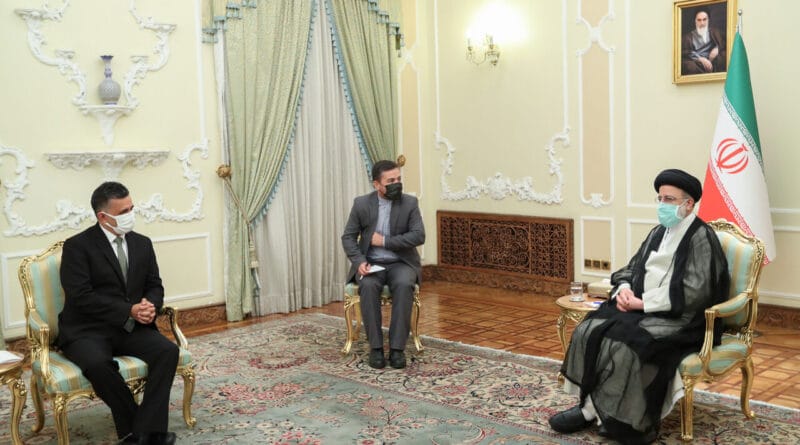 ALBA-TCP Executive Secretary Sacha Llorenti held a meeting on Wednesday, August 4, with the new President of Iran, Ebrahim Raisi, in which they discussed the common interests of the regional bloc and the Islamic nation.

“I had the privilege and honor of holding a meeting with Sayyid Ebrahim Raisi, president of the Islamic Republic of Iran,” said the head of the Bolivarian Alliance for the Peoples of Our America-Peoples’ Trade Treaty (ALBA-TCP), reported Prensa Latina.

“We extended the congratulations of ALBA-TCP on his inauguration, and we spoke about our cooperation and common agenda,” Llorenti added in a message posted on his Twitter account.

During the meeting, the Iranian head of state declared that the Islamic Republic and ALBA-TCP member states have common values, ​​and that the strengthening of political and economic ties with Latin America constitutes one of the foreign policy priorities of the Persian country.

Likewise, he emphasized the need to increase the level of cooperation and coordination in various bilateral, regional, and international areas, with adequate planning and preparation, reported the Venezuelan Foreign Ministry in a press release.

In recent statements, the executive secretary had highlighted the commitment of the Latin American and Caribbean regional bloc to strengthen ties with Iran.

Beyond bilateral relations between Iran and member countries of the Alliance, “there are great similarities about how we understand the world should work,” Llorenti said in an interview with Iranian media outlet HispanTV.