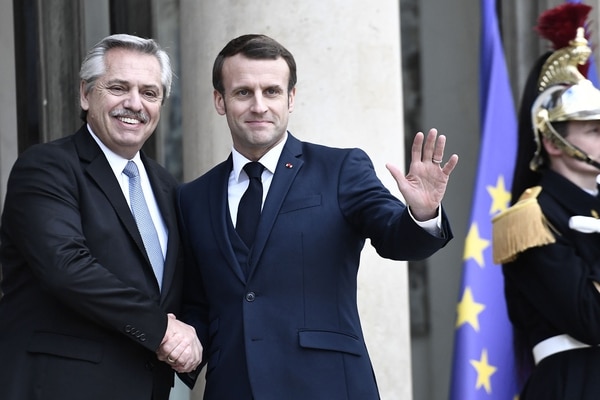 In a telephone conversation held during the morning of this Friday, October 16, Alberto Fernández and Emmanuel Macrón discussed, among other topics, the Venezuelan political situation, according to a statement published by the Casa Rosada, the office of the President of Argentina.

The leaders “agreed to point out the need for a democratic solution to be found with full respect for human rights,” by virtue of the common interests that, according to Fernández, unite Argentina with France, namely: “human rights and freedoms, the environment, and the humanitarian aspect of facing the pandemic.

According to what was expressed in the statement, the Argentine president “praised the work that Michelle Bachelet has been carrying out as the United Nations High Commissioner for Human Rights” and in this regard, asked his counterpart to “continue to support her.”

Recently, Buenos Aires faced a wave of criticism and adverse reactions among its own internal allies, after supporting a proposal advanced by the Lima Group, extending for two years the work of a controversial  “Independent Fact-Finding Mission” that have been questioned by Venezuelan and Argentinian politicians as a Lima Group stratagem to attack President Maduro’s administration, using human rights issues while bypassing the office of the United Nations High Commissioner on Human Rights, Michelle Bachelet, who has been working with Venezuelan authorities for over a year, and planning to open a permanent office in Caracas.

Some analysts then pointed out that this shift in Fernández’s foreign policy was due to the difficult financial and economic situation that his country is going through, inherited from the right-wing management of Mauricio Macri and aggravated by the pandemic.

The Government of the South American nation reported that the dialogue between the dignitaries had focused on “the bilateral relationship and the global situation in the midst of the coronavirus pandemic,” although it specified later that “Macron congratulated his Argentine counterpart for agreement with private creditors, and President Fernández ratified his gratitude for the support of the French government in the middle of the negotiation. He also praised the continued support of that country to the government’s negotiations with the IMF and its search for normalization.”

On his side, Fernández assured that his government maintained “a good relationship” and “a good level of conversation” with the International Monetary Fund in the face of the challenges that the future holds. “We need an agreement that gives us time and allows us to grow again,” he said.