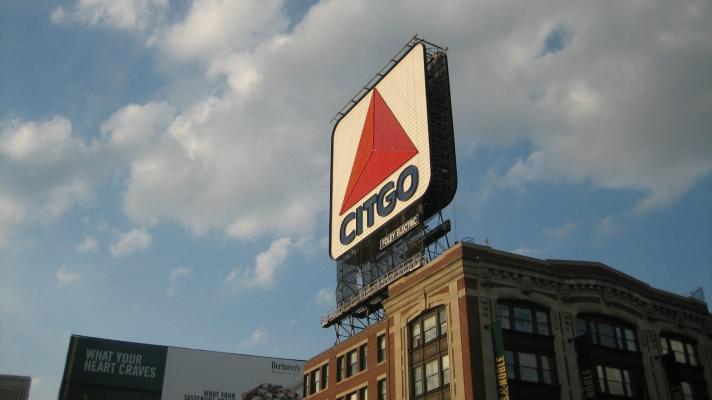 Once again, the fate of CITGO Petroleum Corporation, a subsidiary of PDVSA in the United States, has been left in a state of uncertainty for a few more months, after the Donald Trump government announced on October 6 the extension of the ban on touching the assets of the company until January 19, 2021, one day before the inauguration of the winner of the presidential elections to be held in that country next November.

This is the fifth time that the Trump Administration, through the Office of Foreign Assets Control (OFAC), has extended the restriction measure to General License No. 5, a document issued in October 2019 that authorizes the holders of the PDVSA 2020 Bond to carry out transactions with Venezuelan assets beyond the unilateral US coercive measures, including the execution of the guarantee on 50.1% of CITGO shares, if it defaults on the bond payments.

It should be remembered that the other 49.9% of the shares were placed as collateral for a loan granted by Rosneft to Venezuela, before OFAC blocked the Venezuelan assets. With the extension it issued, the US is also postponing the threat that a Russian state company could execute the credit of CITGO properties on US soil.

The insolvency of the company has given holders, in particular the London fund Ashmore Group Plc, which is the largest holder of PDVSA 2020 bonds, to tear up CITGO’s assets and distribute them among the vulture funds that roam about.

CITGO is the main Venezuelan political and economic asset that Washington managed to repress after the apparatus set up with the fake government of Juan Guaidó. Therefore, its intervention to “save” it from the bondholders is fundamentally due to the inability of its Venezuelan operators to keep the company’s situation under control.

In the short term, the Trump Administration’s decision is also related to the November elections, becoming another presidential campaign action to guarantee the votes of the Venezuelan community in the state of Florida, which the Republicans must secure despite great uncertainties, as polls raise expectations for Democratic candidate Joe Biden.

But it is not the only threat looming over PDVSA’s foreign subsidiary. In the Delaware courts there are several cases brought by transnational corporations that dispute the looting of CITGO. The most notorious case, that of the Canadian mining company Crystallex and the US oil company Conoco Phillips, stand out for having favorable projections in their attempt to dismember CITGO from paying alleged debts of the Venezuelan State.

Appeals by the Venezuelan opposition in US courts to try to quash the multiple lawsuits against CITGO have not yielded positive results.

On the contrary, if the participation of the Venezuelan lawyer José Ignacio Hernández is reviewed, who supposedly was appointed by Guaidó to “protect” the interests of the country, it is possible to identify how under the table he has legally reinforced the claims of foreign companies and has agreed with them to deliver the Venezuelan resources.

Hérnandez resigned from his false position in the middle of the year. Other illegitimately appointed figures under the aegis of the US government have also ceased their functions in the fake government. For example, Luis Pacheco resigned from PDVSA’s ad hoc board in September, declaring his inability to defend CITGO.

More recent was the announcement of Luisa Palacios, who will leave the position of the ad hoc presidency of CITGO on October 30 of this year, although she will not leave the board. Palacios plans to concentrate her activities on the Simón Bolívar Foundation, a CITGO social responsibility organization that in recent months has been exploited by anti-Chavistas to transfer large sums of money to NGOs linked to its political interests, covering them up with the well-used recourse of “helping to overcome the humanitarian crisis” in Venezuela, but that in no case are they intended to solve the economic problems caused by the US siege of the Caribbean basin.

GUAIDÓ’S TEAM THICKENS HIS FILE OF CORRUPTION
The members of Guaidó’s team are deserting amid scandalous cases of corruption that revealed by factions of anti-Chavistas itself, whose political crisis has deepened as a result of the internal dispute over the distribution of the profits obtained from the looting of Venezuelan state resources.

In the latter case, the names of José Ignacio Hernández and Luis Pacheco came up along with those of Fernando Blasi-Blanchard, Magín Blasi-Blanchard and Javier Troconis. Fernando Blasi operates as Carlos Vecchio’s fake Guaido’s chargé d’affaires in Washington, and Guaidó appointed Troconis as commissioner for “Asset Management and Recovery.”

This group was negotiating the collection of a commission of $750,000 to authorize the Caribbean Recovery Assets (CRA) consortium in its attempt to illegally appropriate Venezuelan assets and accounts receivable in countries that are part of Petrocaribe.

The Venezuelan Prosecutor’s Office, which opened an investigation against these characters and against Jorge Reyes and Pedro Antar, actors behind the CRA, detailed that the representatives of the fake Guaidó government had agreed to appropriate 18% of all the assets that were captured.

THE MANEUVERS FROM VENEZUELA
The Venezuelan Government finds its hands tied in this great corrupt plot that exists around CITGO, as its actions are rendered useless as a result of the blockade that the White House has imposed against its legitimate representation.

However, it has not ceased to make international complaints to reveal the crimes committed by Guaidó and his operators, in the same way that it applies diplomatic pressure to demand the lifting of unilateral US coercive measures.

As an example, we have Vice President Delcy Rodríguez, Minister in Charge of Economy and Finance, who notified the holders of the PDVSA 2020 bond about a renegotiation plan for the Venezuelan foreign debt, which includes said bond. The main condition for this debt restructuring is that creditors must recognize the authorities of the Venezuelan State, which is facing the disaster managed by Guaidó’s usurpers.

Now more than ever it has been evident that within anti-Chavismo there is no readiness to defend national interests, since they are not even capable of maintaining the pose in this mock government that they have mounted since 2019.

Featured image: There was a risk of losing CITGO in October, but it has been deferred until January (Photo: Peter Galvin / Flickr)