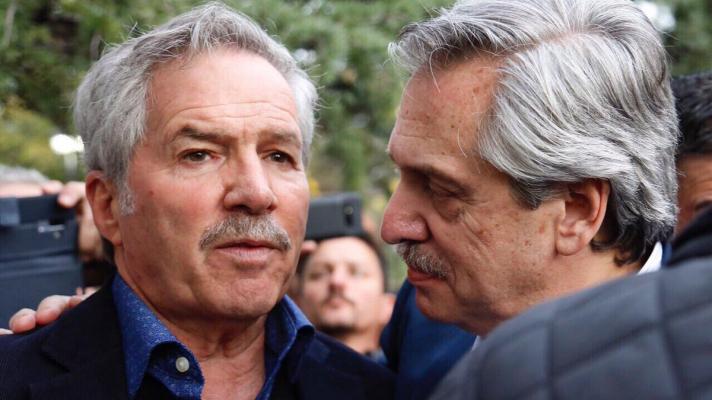 BUENOS AIRES FOLLOWS THE LIMA GROUP STRATEGY AT THE UN

The latest international happenings involving Venezuela occur with the United Nations (UN) as the stage, specifically the Human Rights Council, of which the Bolivarian Republic is a member.

In recent days, a group of countries voted for the continuation of the aforementioned “Independent” Fact-Finding Mission for our country, the Argentine Republic joining the states that make up the United States satellites in Latin America and the Caribbean, with the objective of broadening the spectrum of the multidimensional blockade on Venezuela through the Lima Group.

It is surprising that the government of Alberto Fernández has been involved in a strategy to criminalize Venezuela at the UN in the area of ​​human rights, considering that there is already a fact-checking link between the Bolivarian Republic and the Office of the UN High Commissioner for Human Rights, who’ve has been working together since the last quarter of 2019; along with the fact that the current Argentine administration is part of the Kirchnerism that activated Latin American integration mechanisms together with Chavismo for several years.

The causes of this diplomatic move have led to disagreements with part of the Argentine left that supports the Bolivarian Revolution and even the resignation of a high-level diplomat, Alicia Castro , who served as ambassador for the Fernández government in Russia.

Argentina is a country that has experienced intense economic and financial earthquakes in recent decades, including a large debt with the International Monetary Fund (IMF) that came from the administration of Mauricio Macri, and that was inherited by the current government.

In fact, the pressure of the IMF (whose mission is currently on southern soil) and the desire of Alberto Fernández to reach an agreement to pay the debt, could have turned the Argentine government around in its support for the United States in the UN Council of Human Rights against Venezuela.

The Bolivarian Government, for its part, reproached the Argentine Foreign Ministry for having supported the US strategy.

Venezuela resents this forceful gesture of the Fernández government, as the Bolivarian Government is one of those that has most supported Kirchnerist Argentina in the years that it most needed a hand, offering a hand in the international sphere in moments of serious financial crisis. Now that the State and the Venezuelan population need a boost in the face of US aggression, Buenos Aires decides to look the other way.

RELATED CONTENT: Adolfo Pérez Esquivel and his Criticism of the UN Vote Against Venezuela

A REVIEW OF VENEZUELA’S SUPPORT FOR ARGENTINA
Inspired by the foreign affairs policy of international solidarity and regional integration, the Bolivarian Republic of Venezuela (which was experiencing a troubled time in terms of economy and finance) decided to support Argentina in its economic-financial crisis after the events of 2001.

President Hugo Chávez decided to promote a strategy that could be effective, a win-win, for both Argentina and Venezuela. This is how the so-called “Bonos del Sur” began, whose objective was, above all, to buy Argentine public debt, starting in 2005 for 500 million dollars and then making another similar purchase to reach 1 billion dollars, payable by 2015 (the so-called Boden15 bond ) with an interest rate of 9.5%.

Later, in 2006 and 2007, respectively, another two South Bonds were issued for 1 billion and 1.5 billion dollars in order to help Argentina pay its foreign debt. The Venezuelan government was able to finance this strategy based on the high oil prices of the time.

Thanks to this, and at a time when the Néstor Kirchner government could not find national or international financing to help them face the debt with the IMF and other creditors (vulture funds, among them), Argentina was able to re-emerge little by little economically until the government of Cristina Fernández.

At that specific stage the solidarity of Bolivarian Venezuela had positive effects for both countries, a value that not only had an impact on their bilateral relations, but also extended to the regional level.

Let us remember the agreement that Chávez made with Kirchner to not give free rein to the Free Trade Area of ​​the Americas (FTAA) in the framework of the 4th Summit of the Americas in Mar del Plata in 2005, in which the Venezuelan president presented arguments demonstrating that the continental plan of the United States was to the detriment of the peoples of the South.

While Argentina was being economically and financially undermined by foreign debt, Venezuela gave Kirchner firm support so that the FTAA, a regional arm of the neoliberal policies of the vulture funds and the IMF, could not wrest sovereignty, not only from Buenos Aires, but also from the rest of the countries of the region.

The symbolism of the shovel that buried the FTAA in an Argentine football stadium filled by the 3rd Summit of the Peoples, the “counter-summit” led to the building of integration schemes with the creation of the Union of South American Nations (UNASUR) in 2008 and the Community of Latin American and Caribbean States (CELAC) in 2011.

If these events that accelerated integration and solidarity processes between Latin American countries had not occurred, Argentina would still be trying to save itself from the shipwreck of previous decades, or perhaps it would have already drowned.

But none of this is recalled or reflected upon by the government of Alberto Fernández, at a difficult time for Venezuela, facing external threats and chaos induced on multiple fronts internally. Historical memory does not forgive.