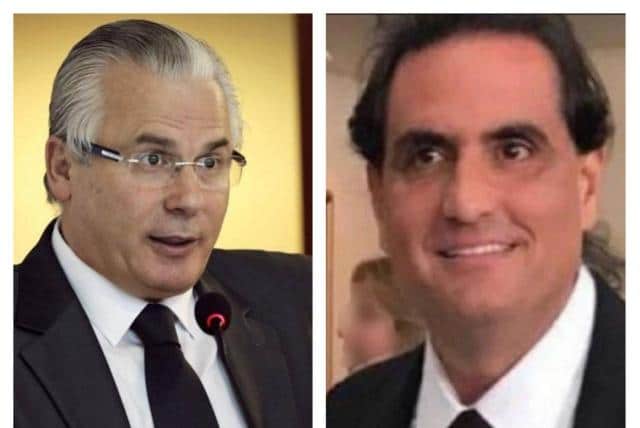 This appeal was filed for exceeding “the maximum period allowed to remain in prison,” according to the legal team of the businessman led by the renowned Spanish lawyer Baltasar Garzón. Saab was arrested under irregular circumstances on June 12.

Dual citizenship (Venezuelan and Colombian) businessman Alex Saab, pursued by Washington for keeping the Venezuelan CLAP food program alive, has presented a new appeal to obtain his freedom in Cape Verde, where he is being detained at the request of the United States, who demand his extradition, Saab’s lawyer José Manuel Pinto Monteiro reported this Wednesday, November 18 to EFE.

The process was carried out before the Barlovento Court of Appeal, based on the northern island of San Vicente, immediately after the Supreme Court of Justice (STJ) sent a request for “habeas corpus” of the Saab lawyers, demanding immediate release.

The STJ, based in Praia (capital of this island country in West Africa), rejected a previous “habeas corpus” (the right of a detainee to appear before the judge to decide whether or not their arrest was legal and determine whether they should be released).

This appeal was filed for exceeding “the maximum period allowed to remain in prison,” according to the businessman’s legal team, who was arrested on June 12 and has been held in preventive detention since the June 14.

Former Spanish judge Baltasar Garzón, who leads Saab’s defense team, stated this month that “the maximum period of deprivation of liberty within the framework of an extradition process, under Cape Verdean law, is eighty days.” For this reason, the lawyers requested his release from prison so that he “remains free, under surveillance, until the decision on his extradition process is resolved.”

RELATED CONTENT: These are my Charges and if you Don’t Like Them, I Have More Here (Alex Saab Case)

Pinto Monteiro was cautiously optimistic about the possibility that the Barlavento court would rule in favor of his client, although “you can never predict what the thrust of the decisions will be.” Last night the STJ remitted responsibility for a decision to the Court of Appeal, claiming that this is the competent body to rule at the current stage of the extradition process.

The Cape Verdean Government and the Barlavento Court have approved the extradition of the businessman, although the defense has appealed against the decision of that court before the STJ, an appeal that the Supreme Court also returned at the time to that court ,with the recommendation to correct procedural errors detected by the higher court.

Therefore, the STJ understands that it should only be called to make a pronouncement when the lower court has made final decisions. Saab was arrested on June 12 when the plane transporting him—in his role as Special Diplomatic Envoy—from Iran to Venezuela  stopped to refuel at the Amilcar Cabral International Airport on the Cape Verdean island of Sal (north Cape Verde), following a request from the United States through Interpol for alleged money laundering crimes, which in reality was issued one day after his arrest.

US illegal sanctions seeking to starve the Venezuelan population and hoping to oust the legitimate Venezuelan President, Nicolas Maduro, are the main reason behind this latest US move, as already admitted by US officials themselves.

US diplomacy has made all kind of efforts of varying legality, according to Saab’s defense, to secure his extradition to the United States on fabricated evidence. According to analysts, Mike Pompeo and Donald Trump have shown their lack of qualifications once again in this case, by their futile efforts to oust President Nicolas Maduro from Venezuela, and by their smear campaign against Saab. Recall that Saab is one of the people responsible for sustaining Venezuela’s CLAP social program, which provides food boxes every month to more than seven million households in Venezuela at almost no cost.