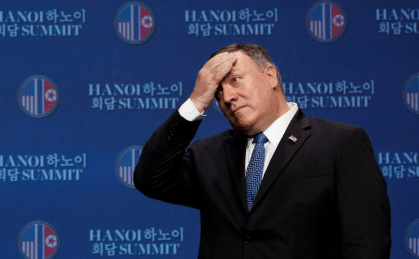 The Court of Justice of the Community of West African States (ECOWAS) determined that the Cape Verdean authorities are not providing adequate medical care to the Venezuelan businessman and diplomat Alex Saab, while he is illegally detained in the African country as a part of Washington’s suffocation campaign against Venezuela.

ECOWAS asked the Cape Verdean justice system to allow Saab access to external medical attention. Saab has been illegally detained since June 12. The information was disclosed this Wednesday by Saab’s defense, through a statement detailing that during the week, ECOWAS court studied the case from Nigeria, at the request of the diplomat’s team of lawyers, and concluded that Saab was “not receiving fair or reasonable treatment” in Cape Verde.

After this first hearing, the letter continues, the Economic Community of West African States noted its “doubts that adequate medical care is being given” to Saab and “acknowledges the concern for his health and well-being, suggesting he be treated by medical personnel outside the prison.”

“In these five months that Mr. Saab has been detained, he has not been allowed access to specialized medical care. In addition, his defense team has been denied copies of medical reports,” denounces the defense, led by former Spanish Judge Baltasar Garzon.

The defense team insists that Saab was arbitrarily detained and has requested that precautionary measures be adopted “in view of the constant violations of human rights suffered” by the businessman, who was acting as Special Diplomatic Envoy of Venezuela when he was illegally detained.

For this reason, his lawyers have gone to ECOWAS with the aim of “obtaining the immediate release” of Saab and presenting “the multiple irregularities that his detention carries, and the immunity and inviolability that Mr. Saab holds as a diplomatic agent of the Bolivarian Republic of Venezuela.”

“This is why it’s argued that the criminal case opened in the United States does not respond to criminal criteria, but political, seeking only the extradition of a person close to President Nicolás Maduro, to strengthen its campaign against the Venezuelan president,” reads the statement by the defense.

US diplomacy has made all kind of efforts of varying legality, according to Saab’s defense, to secure his extradition to the United States on fabricated evidence. According to analysts, Mike Pompeo and Donald Trump have shown their lack of qualifications once again in this case, by their futile efforts to oust President Nicolas Maduro from Venezuela, and by their smear campaign against Saab. Recall that Saab is one of the people responsible for sustaining Venezuela’s CLAP social program, which provides food boxes every month to more than seven million households in Venezuela at almost no cost.