A beach full of swimmers in Venezuela. File photo.

The Executive Vice President of Venezuela, Delcy Rodríguez, reported this Monday, April 18, that more than 8.9 million people mobilized during the Holy Week vacation.

“8,970,483 mobilizations this Easter⁠—one million more compared to 2019, before the pandemic,” she staid. During a press conference, she said that “the Safe Holy Week 2022 Security Program Venezuela was successful.”

She also reported that 1,265 tons of fish were sold, and that the hotel occupancy rate exceeded 90% during this holiday, an increase of greater than 50% compared with 2021.

Many videos were posted on social media platforms showing beaches and other tourist attractions teeming with visitors. This contrasted with a trend promoted by right-wing actors on social media platforms, who attempted to create the opposite impression by posting videos or photos of popular destinations, taken at hours when the sites are without visitors. The campaign was an attempt to dupe unsuspecting audiences into believing that there was no tourist activity during this mayor holiday.

Venezuelans being forced to go to the beach under Maduro’s tropical dictatorship. This has to stop now! 🤣😜🤣 https://t.co/vCreJNl7mk

“This is good news for all of Venezuela, which alongside President Nicolás Maduro, in national unity, with an invincible spirit, continues to build paths for a new future and hope,” Rodríguez said.

She noted that 23,491 people visited the Waraira Repano National Park (formerly know as El Avila) in Caracas. “We had a Holy Week of happiness, peace, and love,” Rodríguez said. “We were able to have a respite from the COVID-19 pandemic.”

She also indicated that there was a 39% decrease in traffic accidents, and 23,000 entertainers deployed throughout the country, serving more than 3 million people. 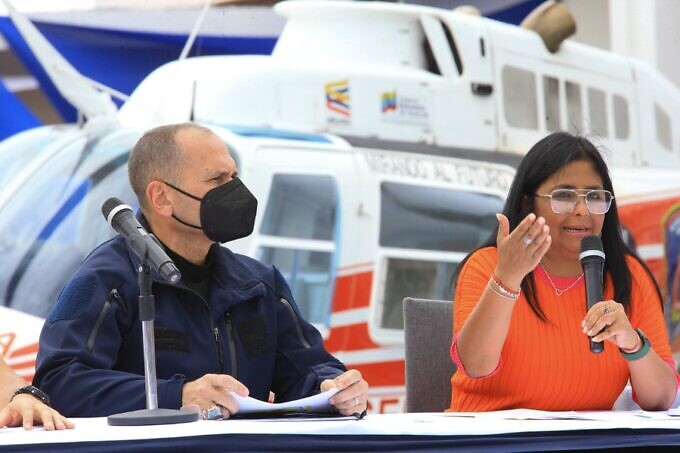 She said that 28,000 new legal taxpayers fulfilled their tax obligations in the first quarter of the year.

In addition, between January and March, SENIAT (Venezuela’s tax authority) collected more than 4.7 billion bolívars, which represents an increase of more than 300% compared to the same period in 2021.

RELATED CONTENT: Over 115,000 Migrants Intercepted in Mexico in 2022 Alone

In addition, she mentioned an increase of 84% in imports and 182% in exports in the same period, which shows that the country departed from “the perverse cycle of sanctions.”

Rodriguez also reported an 86% rise in new businesses, and an increase in existing commercial activity of 24% compared to 2021. 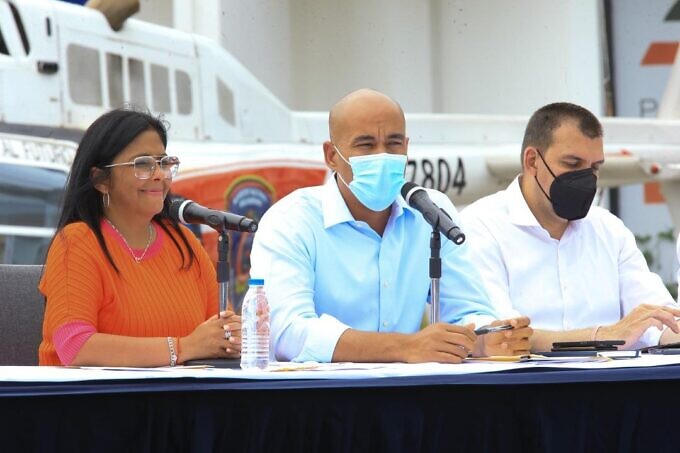 Tourist activity in Miranda
Governor Héctor Rodríguez was present at the activity, and said that after such difficult years, with the implementation of efficient policies and the resistance of the country’s people, “today we can see a reborn Venezuela. We had hotel occupancy at more than 90% in Miranda.”

He described the success of Holy Week for Miranda and the entire country. “We deployed more than 8,000 men and women officials to reinforce security,” he added. 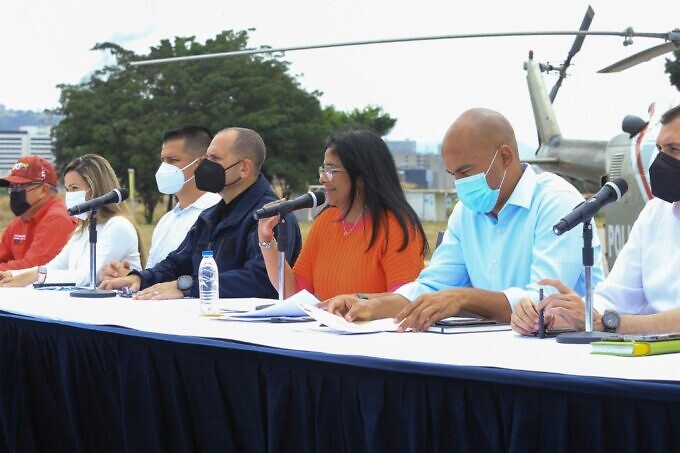 La Guaira, Aragua, Miranda and Carabobo the most visited
The Minister for Tourism and Foreign Trade, Ali Padrón, reported that more than two and a half million Venezuelans traveled, as direct tourist consumers, to different tourist areas during the Holy Week in the country.

He announced that the states of La Guaira, Aragua, Miranda, and Carabobo obtained 80% of tourist occupation during Holy Week.

“According to a survey carried out by the ministry, the 23 states of Venezuela and the Capital District indicate that more than 86% of Venezuelans felt satisfied with the services obtained,” he said.

“Tourism needs tranquility and stability and that is what we are having, thanks to the policies implemented by our president Nicolás Maduro,” Padrón said.