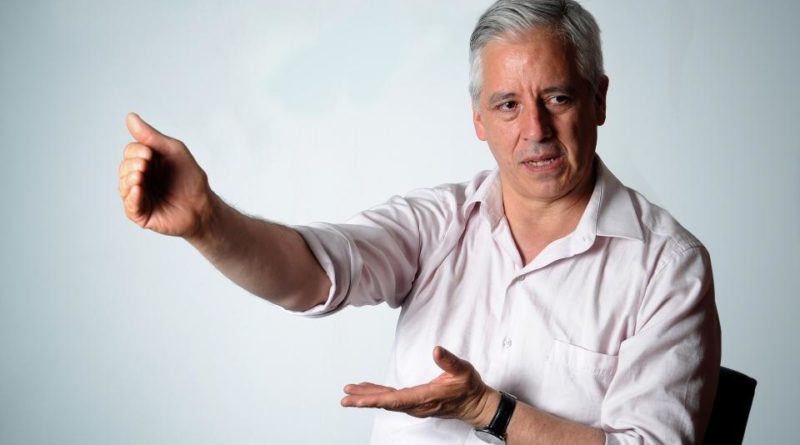 Interview with the deposed vice president of Bolivia

“In about three weeks at the latest we will have a candidate,” he says, referring to the electoral process in his country, where his library and two dogs are in the care of his mother-in-law.

In the last month and a half. Álvaro García Linera, his partner, Claudia Fernández, and their daughter, Alba, were living in houses offered by friends and acquaintances. The deposed vice president of Bolivia is concerned that Alba, only 2 years old, has traveled through nine houses in recent weeks between Bolivia, Peru, Mexico and Argentina.

The coup threatened to burn the large library of García Linera, a renowned intellectual. In La Paz, his mother-in-law has the care of the books and his two dogs, Athena and Cana, which in Aymara means “light”.

A dramatic and disastrous outcome put an end – or a pause – to 13 years of government on November 10, when the Armed Forces requested the resignation of President Evo Morales, within the framework of allegations of fraud, protests, a police revolt and a dubious maneuver of the Organization of American States (OAS).

That day, at eight in the morning, Cristina Kirchner called him, recalls García Linera in an interview with Página / 12. “We were making the decision that we were going to resign and Cristina was the first to know. The military had revolted. We had colleagues with houses being burned, a fellow minister was desperate because they threatened to burn his daughter; it was all chaos the information all around. Cristina told me: `Know that we are going to support the decision you make”.

García Linera has been a temporary refugee in Argentina since December 12, on the way to becoming a permanent refugee. For now it is not in his plans to return to Bolivia. “It would be like suicide,” he synthesizes in relation to the threats made by the Jeanine Añez regime. Three or four universities offered him a teaching possition. “We are people who live from our work.”

The dismissed vice president is not surprised by the pressures of the United States government on Alberto Fernández so that neither Evo Morales nor he develops political activities. “We are respectful of the asylum of Argentina. However, the attitude of the US government does not seem strange to me, from the first day we were in the government they meddled in Bolivia’s political affairs.” And he emphasizes: “They are upset because Evo is free and alive. They will prevent us from doing any kind of activities.”

García Linera anticipates that the meeting held on Sunday by Evo Morales and himself with leaders of the Movement for Socialism (MAS) at the Bauen Hotel will be a first debate on the presidential candidacy, ahead of the 2020 elections in Bolivia. There are four pre-candidates: former Foreign Ministers David Choquehuanca and Diego Pary, former Economy Minister Luis Arce and coca grower leader Andrónico Rodríguez.

“In about three weeks at the latest we will have a candidate,” says the deposed vice president, who at that time aims to finish reading the 1100-page book by Thomas Piketty “Capital and ideology.”

–It is a challenge campaigning from Argentina, don’t you think?

– How should the MAS Presidential Candidate be?

– In the Casa Rosada there was an off-schedule meeting between officials of the US embassy and President Alberto Fernández and part of his cabinet. The US presented a formal protest for the political activities carried out by Evo Morales in Argentina. What is your opinion?

– They asked for an arrest warrant against Evo Morales. Is there an accusation against him?

–In the light of what happened, is there room for reflection on why Evo Morales and you thought you were the only ones who could lead the process of change?

– But it generated controversy since they had lost the plebiscite.

– The OAS had a preliminary report pointing out irregularities in the elections of October 20. Then in the final report it talked about a hidden server and the interruption for no reason of rapid counting. How do you refute it?

– The date for the elections is not yet defined …

– Will you trust the new electoral process?

—- Will the same right-wing candidates plus the ultra-right Fernando Camacho be running?

– Do Argentina and Mexico generate hope for you?

Featured image: “We were going to quit and Cristina was the first to know.”
Image: Guadalupe Lombardo