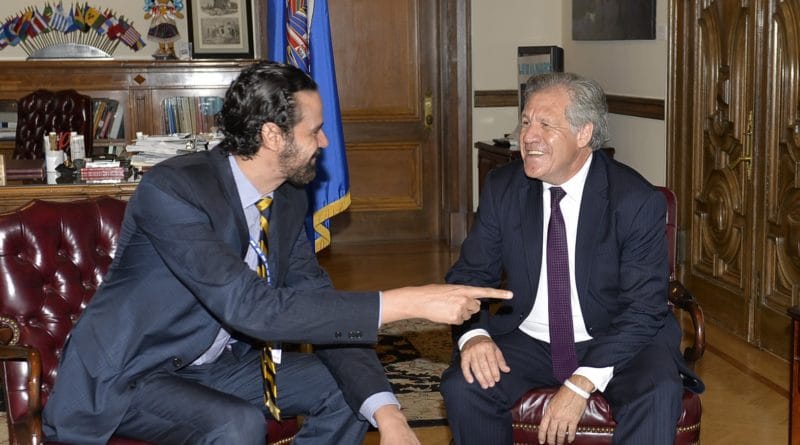 The Commission (an appendage of OAS) explained that since the (forced) resignation of Evo Morales, the accounts have supported hashtags such as #BoliviaLibreyDemocratica and #NoHayGolpeEnBolivia.

The Inter-American Commission on Human Rights (IACHR) detected, as part of the campaign to support the president of the Civic Committee of Santa Cruz, Luis Fernando Camacho, and the interim government of Jeanine Añez, that in Bolivia there has been a resort to the use of thousands of fake Twitter accounts since the resignation of Evo Morales.

“The data would show about 68 thousand accounts created, which shared 14 hashtags, that have been shared by 252,090 different accounts, which made 1,048,575 tweets from November 9 to 17,” the IACHR detailed in its report on the observational visit to Bolivia held at the end of November and published on December 10.

The IACHR noted that some of the hashtags used as part of the campaign are: #BoliviaLibreyDemocratica, #NoHayGolpeEnBolivia, #EvoEsFraude, #BoliviaUnida, among others.

“The IACHR is an OAS appendage and they might be trying to present a “nicer face” in view of the grotesque role of the OAS as promoter of the coup. It is also interesting they talk about free journalism and do not mention the assassination of the Argentinian journalist Sebastian Moro at the early hours of the coup,” an analyst said to OT.

In the observations made by the IACHR, they also lodge complaints by independent and community journalists who, due to the alleged absence of national media in the coverage of the conflicts, have decided to report through social networks and blogs.

According to the allegations, said journalists received death and intimidation threats from private shock groups, such as the so-called “Cochala Youth Resistance”.

In its report, the IACHR reminds the State that the role of the press in a democratic society is fundamental, especially in situations of high social tension and violence, in which the exercise of the journalistic profession constitutes a way of denouncing human rights violations and guarantees the collective dimension of freedom of expression, that is, the right of society as a whole to be informed.

“The role of the press in the course of social protests is equally important, and the State must ensure that they can carry out their journalistic work without being subject to detentions, threats, aggressions or limitations in any form,” the report reads.