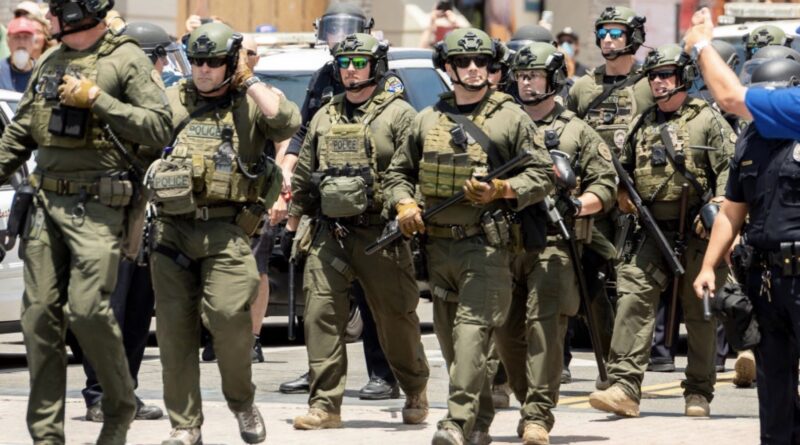 Behind the momentary facade of the Biden administration’s woke imperialism, America’s fascist movement is growing at a far faster rate than most are willing to see. This is apparent in the resilience of the QAnon conspiracy theory, whose adherents have shown that they’re both easily able to be led towards new mutations of the theory and that their paranoid ideas about looming antifa terrorism plots are becoming shared by an expanding circle of the country’s reactionaries. When this cultural psychosis gets big enough, the country’s political system — which just showed its complicity in fascism with the Republican Party’s successful blocking of a January 6 investigation commission — will allow the psychosis to define how the world’s most militarily powerful country behaves.

The system’s breakdown into Weimar-level economic dysfunction is assured — just look at the unsustainable measures the system has had to take just to survive to this point. Neoliberalism has been a controlled collapse of society disguised as the ushering in of a bright new era. It’s been sold under the banner of a noxious religious authoritarian nationalism, where mindless service to capital and better “culture” have been held up as the cures for poverty and where “the market” has therefore been absolved of all responsibility for the growing miseries the global working class has experienced throughout this last half-century. The rationale for neoliberalism from Margaret Thatcher of “there is no alternative” had a grain of truth though, in that capitalism’s intensifying crises have made capitalism only able to function through foisting the costs of the system’s worsening deficiencies onto the lower class via neoliberal policies.

Now that these policies have expanded inequality so much that U.S. billionaires collectively hold nearly twice as much wealth as the poorest half of the country’s population, and now that the imperialist system that produced neoliberalism is imperiling the world with its unparalleledgreenhouse gas emissions and neglectful pandemic management, the system is due for another contraction. The millions of newly hungry, unemployed, and housing insecure people the pandemic has createdrepresent an unprecedented level of dysfunctionality for neoliberalism as is. The coming drop in the dollar’s value will multiply these social ills. To this, the system will respond with an additional engineered breakdown of our livelihoods, educational institutions, and social services, enforced by an expansion of the brutal police state that neoliberalism has already grown to monstrous proportions.

What we’re seeing with Biden’s expansions of the inhumane migrant detention centers, with the use of Israeli anti-Palestinian repression tactics to train U.S. police, with the accelerating flow of military equipment aid to police departments so far this year, with the last year’s Gestapo-esque responses to the Black Lives Matter protests, and with the recent granting of ICE to have wider discretion over who it can detain for “national security” reasons is a reversion towards a more blatant American colonial occupation. The U.S. has always been an illegal military occupation of sovereign land, but faced wuth the intensification of capitalism’s crises in the 21st century, the colonists are tightening this armed control mechanism.

“In recent years, Georgia has experienced troubling trends in fatal police shootings,” observed a 2019 article about how the exporting of Israeli policing tactics to Georgia law enforcement has been increasing the police violence against nonwhite communities there. “These incidents nearly doubled in the state, up 77 percent between 2017 to 2018. By May 2018, Georgia was already reportedly experiencing a more rapid rise in officer-involved shootings than the rest of the country. According to an investigation of deadly police shootings in Georgia, in the six years after 2010, 184 people were shot and killed by police; almost half of them unarmed or shot in the back.” Since a University of South Carolina study from last year confirmed that increases in police militarization also increase the amount of shootings by police, the recent growth in military aid to law enforcement is going to further multiply these kinds of incidents.

In this environment of effective concentration camps along the border, raidsof homes from armed ICE squads, and increasingly militarized police operations within the country’s disproportionately nonwhite impoverished neighborhoods, the fact that we’re living under this kind of occupation is getting harder to deny. And the country’s black people, who’ve most visibly bore the brunt of the growing bloodshed from this militarized paradigm, have been responding proportionately during this last year. They’ve even managed to rally nearly one-tenth of the country’s population behind the anti-police state protests following George Floyd’s murder.

But until the conditions become ready for an anti-colonial proletarian evolution, these victims of colonial tyranny won’t get relief — the fact that the vast majority of Americans are still unwilling to give up their colonial identity and embrace the state’s overthrow shows how far we still are from a revolution happening here. Until the system truly exhausts itself, further backlash is all that the country’s national and class liberation movements can expect.

RELATED CONTENT: Revolution or Fascism: The Choice We Must Make Amid US Collapse

Just as the U.S. has always been a colonial occupation, it’s always had a bourgeois political paradigm that’s ripe for being influenced by fascism, and has therefore always had fascistic elements which have fluctuated in severity over its history. In the era of neoliberal collapse, especially in this stage where the U.S. is trying to recover from Covid-19 and the climate crisis is hitting the country in unprecedented ways, fascism is going to find greater opportunities than ever.

While the country’s fascists continue to disregard the seriousness of global warming, they’re already exploiting the impacts of the climate crisis to further their agenda for intensified colonial warfare. The record influxes of refugees we’re seeing are appearing because of the climate’s destabilization, and the colonial state’s response to the migrants has been to gas them, expose them to Covid, forcibly sterilize them, let them go hungry, and put their children in filthy disease-ridden facilities, all for the profits of the private prison companies which are helping ICE. These are the only ways capital can remain functional when so much of the proletariat has become excluded from the workforce, and when corporate profits have dramatically declined on their own over the last five decades.

Throughout the next generation, these kinds of horrors are going to be replicated on a far larger scale. A state-engineered proliferation of poverty and crime will be used to justify expanding the prison-industrial complex. Ever-growing migrant arrivals will be exploited for the growth of the for-profit concentration camps. Private mercenary companies, whose use is increasing with Biden’s effort to privatize the Afghanistan war, will be more and more brought in to assist with state repression campaigns.

The PMC TigerSwan was used to set up an intelligence center for monitoring the Standing Rock protests five years ago, and last year the PMC Atlas Aegis went a step further by recruiting people to monitor polling places in Minnesota. The extension of these kinds of groups into America’s protest zones will represent the importing of the neo-colonial paramilitary forces within Colombia, which are now assisting in the massacres of the country’s anti-austerity demonstrators. The fact that these atrocities come from the repression advice of a neo-Nazi leader who’s hijacked Colombia’s police and military give us a hint of what it will look like when the next Stephen Miller comes into power.

The U.S. is going to go through a fascist cocoon phase, where brutal counterrevolutionary purges get carried out, censorship of dissenting journalism allows for the proliferation of racist media conspiracy theories like the currently surging “Wuhan coronavirus lab leak” lie, and our society becomes ever more militarized. We members of the revolutionary cadres may be forced into hiding or into exile to avoid being imprisoned or extrajudicially killed by the state. Then, when the U.S. empire’s ability to extract capital from the neo-colonies has been lost and the system no longer has any economic basis, we’ll finally be able to work with the destitute masses towards overthrowing the weakened fascist power structure.