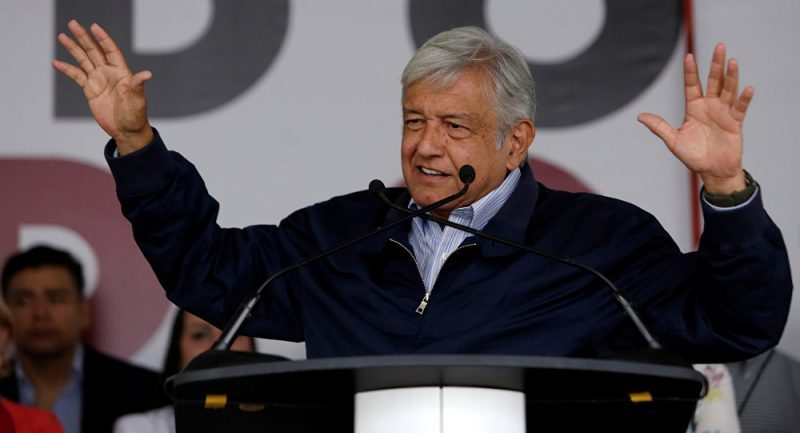 March 26, 2019—”I already sent a letter to the King of Spain and another letter to the Pope to request an accounting of grievances, and request an apology to the original peoples of America, for the violations of… human rights, killings, impositions, the so-called Conquest… It was made with the sword and with the cross, churches were built above their temples,” said Mexico’s President, Andrés Manuel López Obrador, in a video broadcast on his social network accounts.

The Mexican head of state addressed his peers for the year 2021, the year in which 500 years have passed since the fall of the headquarters of the “Mexica Empire”, also known as the Aztec, when the pre-Hispanic city of Tenochtitlán was conquered, where the present Mexico City was erected in the bed of a lake.

“We are going to reconcile, but first we ask for an apology, I will do it, because after the colony there was a lot of repression against the original peoples, it was a lamentable extermination,” said the president at the foot of the pre-Hispanic pyramid of Comalcalco.

That ancient city is an archaeological site of the seventh century, which the president visited before traveling to Centla (Veracruz, east) to commemorate 500 years of the first battle of the Spanish against the resistance of native peoples.

“We are commemorating the battle that Cortés had with the Chontal Maya, the first battle of the so-called discovery conquest, meeting of two worlds or two cultures,” said the head of the Executive.

López Obrador issued the message in the company of his wife Beatriz Gutiérrez Müller, who wrote her postgraduate thesis on the Spanish chronicler who accompanied the troops of Cortés, Bernal Díaz de Castillo and documented the episodes of those battles.

“The truth is that it was an invasion, in which a lot of arbitrary abuses were committed,” the president said. “It subjugated the the peoples that inhabited what we know as our America, in the newly discovered continent.”

In his video, López Obrador questioned that churches were built above the ancient temples, “and our patriotic heroes, the fathers of the country, were excommunicated,” he added, mentioning the priests Miguel Hidalgo and José María Morelos, precursors of the independence from Spain.

The president explained that the current time is one of  “reconciliation between the two nations”—Mexico and Spain—and that, for its part, the Mexican government will offer apologies for the acts perpetrated against foreigners.

The Government of Spain refused to admit the commission of abuses during the conquest of American territories.

“The arrival, 500 years ago, of Spaniards to the current Mexican lands can not be judged in the light of contemporary considerations,” said a statement issued by the Spanish Foreign Ministry, which “deeply regrets” the publication of that letter, whose content it rejects “with all firmness.”

In response, the Spanish authorities did not respond to the request of the Mexican president and limited themselves to remembering that both peoples are “brothers” and that “they have always been able to read their shared past without anger and with a constructive perspective”.