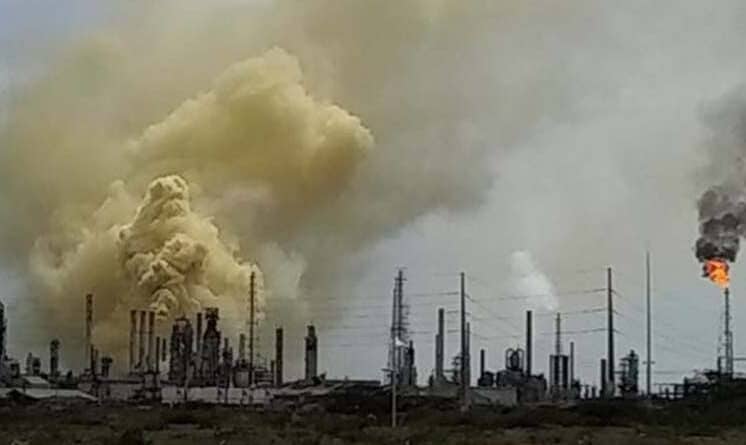 The President of Venezuela, Nicolás Maduro, confirmed this Wednesday October 28 that the Amuay refinery, located in Falcón, “was attacked with a powerful weapon. They wanted to cause a total explosion of the refinery,” he said.

“The incident occurred on Tuesday at 2:30pm, and I have ordered the Minister Tarek El Aissami provide all the details at a press conference,” he said.

He noted that the incident is “under investigation to determine what type of weapon” was used in the attack.

The head of state added that “they wanted to cause a total explosion at the Amuay refinery. They demolished a tower made of steel thicker than a tank.”

During a press conference with national and international media, which took place in the Miraflores Palace, in Caracas, the head of state emphasized that “we have a permanent conspiracy endorsed and financed by the United States with the complicity of various governments in Europe, we are in a permanent battle.”

President Maduro also announced that last Monday two foreigners were captured in the state of Zulia (bordering with Colombia), who tried to generate violent actions against the constitutional order and the peace of the country.

“Two days ago two foreigners were captured in the state of Zulia with plans to assassinate some leaders of the Revolution,” said the head of state. He pointed out that these individuals “are linked to one of these extremist groups” that receive orders from extreme-right operators.