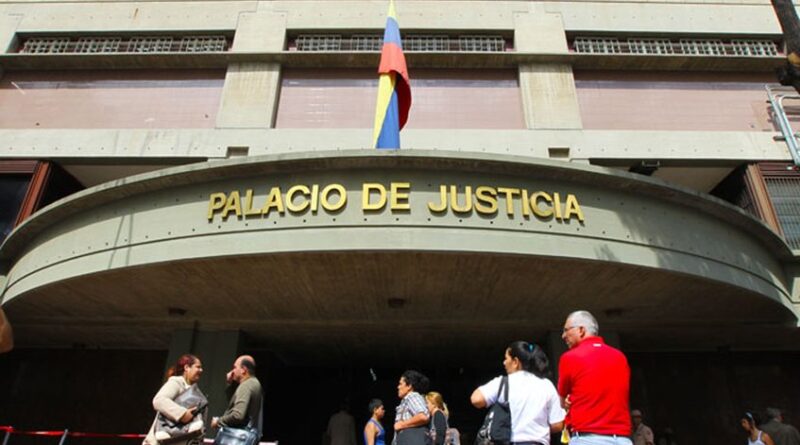 Venezuelan First Special Court of First Instance in Control, with jurisdiction in cases related to crimes associated with terrorism at the national level and competence to hear and decide crimes associated with corruption and organized crime, issued a preventive custodial order against citizens Ivonne Coromoto Barrios Finol, Andry Ramón Finol, Leovardo Antonio Primera Gutiérrez and Asterio José González García, for the alleged commission of the crimes of terrorism, association, treason and arms trafficking, typified in Venezuelan criminal law.
These citizens are being investigated for their alleged link to the entry and stay in Venezuela of US citizen Mattew Jhon Heath, who was captured in the state of Falcón while loitering at strategic Venezuelan oil facilities in alleged illegal secret operations which, according to investigations, would point to sabotage and terrorist plans against the Venezuelan military and oil infrastructure, reports a statement from the Supreme Court.

On September 11, Venezuelan president, Nicolás Maduro announced that his government officials apprehended a US citizen who carried out acts of espionage against the Venezuelan oil industry.

“We have captured a US spy in Falcón, he was spying on the Amuay and Cardón refineries, there is all the evidence. He is a marine who served for the CIA in Iraq, he had heavy and specialized weapons and many dollars when he was captured,” said the president.

RELATED CONTENT: Aruba, Curacao – Would Venezuela be Attacked from Here?

On September 14, the attorney general Tarek William Saab detailed that the subjects planned to execute the entry through the “border axis of the Colombian Guajira to later obtain strategic information on the Amuay refinery” and commit acts of sabotage in military units in Zulia and Falcón, as well as “planning actions of illicit drug trafficking from Colombia to Aruba.”
In the hearings for the presentation of the accused, the security protocols established in the resolutions approved by the Plenary Chamber of the Supreme Court of Justice, regarding the use of face masks, gloves and protection, as well as the disinfection of the areas as a way to prevent infections by Covid-19.
In the ruling, the headquarters of the General Directorate of Military Counterintelligence (Dgcim), based in Boleíta, Caracas, was ordered as the place of confinement of these four people.