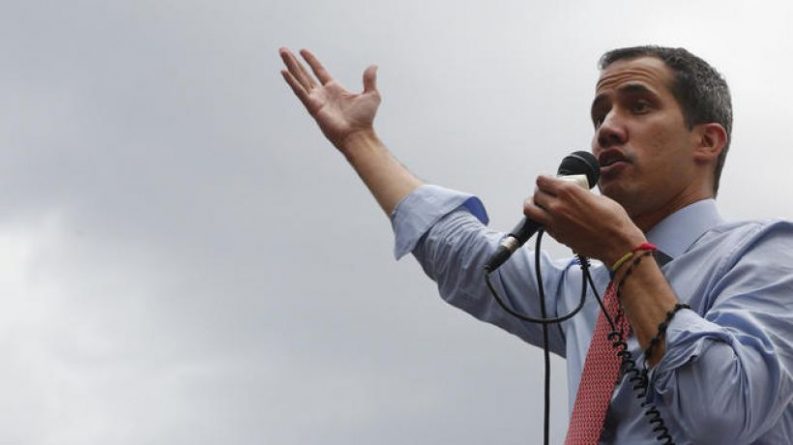 01/Mar/2019.- A new decision was published by the High Chamber of the Supreme Court of Justice (TSJ) on Juan Guaidó. In its content it reiterates the provisions of the opinion from January 29, 2019, in addition to imposing a fine for the deputy’s violation of the precautionary measures prohibiting exit from the country, and requests the National Constituent Assembly to revoke the parliamentary immunity of the deputy from the Vargas state.

Consequently, from now on, the case of Guaidó will be treated by another instance of the Venezuelan State, the National Constituent Assembly (ANC).

The ANC, as a collegial body, took office in August 2017, after having been elected its 537 members on July 30, 2017. Its powers are framed within the provisions of article 349 of the Constitution that gives it a higher rank over the constituted powers, which are subordinated to its mandates and with which it is related in accordance with the rules to ensure full institutional functioning, published in the Official Gazette on August 8, 2017.

Since its inception, the ANC has assumed several powers of Parliament by virtue of the abandonment of this institution with respect to the constitutional principles that impose obligations, including the respect of decisions within the framework of its powers taken by the Judiciary .

This is the situation, which since 2016 has occurred in the country, is called desacato (content) and has altered the balance of powers in Venezuela, since by promoting various actions against the Republic it has been the Supreme Court , and now the National Constituent Assembly, acting by default in defense of the interests of the State and citizens.

For these reasons, it is the ANC that receives the request to revoke the parliamentary immunity of Guaidó, while according to the Venezuelan legal system it would be a task for the National Assembly to decide on its origin. However, the ongoing coup d’état has destabilized the constitutional order to such an extent that the State has had to adapt to the new reality.

In particular, we can observe that since January the Public Prosecutor’s Office has developed, with the authorization of the High Chamber (TSJ), an investigations into Guaidó for “violent acts in the country, pronouncements of foreign governments and the freezing of assets of the Republic, which would imply the commission of serious crimes that violate the constitutional order “, for which it has received the authorization of the highest court in the country that had not pronounced until today on the parliamentary immunity.

In this regard, Article 200 of the Constitution of the Bolivarian Republic of Venezuela, the fundamental norm that refers to parliamentary immunity by stating that: “The deputies to the National Assembly shall enjoy immunity in the exercise of their functions from its proclamation until the end of its term or until resignation. From the alleged crimes committed by the members of the National Assembly will know the Supreme Court, the only authority that may order, prior authorization of the National Assembly, detention and continue prosecution. In the case of “flagrant crime” committed by a parliamentarian, the competent authority will place him in custody at his residence and will immediately communicate the fact to the Supreme Court of Justice. ”

By virtue of the function of Parliament, which is often critical and controlling of public activity in general, the Constitution provides a greater margin for maneuver for those who dedicate themselves to this public function. It should be noted that the rule clearly establishes that protection derives from the parliamentary condition, is framed in the times and in the acts of parliamentarians, it is not possible to transform this institution the force of a Corsican patent because this would amount to to the breaking of the principle of equality before the law.

Therefore, it is noted that immunity is not an individual right or absolute protection, but the possibility of assessing the arguments that against a deputy are used to determine if he have the entity and nature that merit the person, like any other citizen, to be presented to the courts.

Under these considerations, it is necessary to wait for the ANC to proceed to convene a meeting in order to study the lifting of this protection, and, if it considers that the claim is about facts with criminal relevance, consider it adapted to law and can be prosecuted, before instances and with ordinary laws, the prosecution of Guaidó.