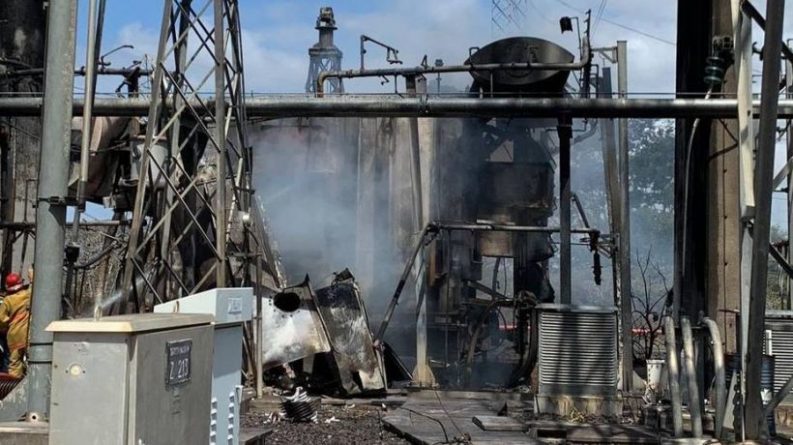 In the month of March, the 7th and 25th, the National Electricity System has been the object of two sabotages that have left the national territory, almost in its entirety, without electricity supply. Since electricity is a fundamental public service and an essential aspect of access to fundamental rights, it is necessary to grasp the impact of these acts in their true dimension.

DEFINITIONS OF TERRORISM
Terrorism has been defined in several ways. In particular, the emphasis is on the intention to commit the acts. Thus, the Geneva Convention (1987) states that terrorism is “criminal acts against the State, the purpose or nature of which is to provoke terror against certain personalities, groups of persons or in the public”.

This notion, supplemented in the International Convention for the Suppression of Terrorist Bombings (1997), determines that terrorism consists of delivering, placing, throwing or detonating an explosive device or substance or other lethal device in a place of public use or an infrastructure facility, with the intention of “causing a significant destruction of that place, facility or network that produces or could produce serious economic damage”.

In this regard, it is too early to economically estimate the impact of this second national blackout but there are already some estimates of the damage caused by the one that occurred on March 7. According to data from Ecoanalítica and Fedenaga, “the general losses recorded between Thursday, March 7 and Monday, March 11, due to the inability to produce and the looting generated in some states, reach the figure of 875 million dollars, which represents more than 1% of the country’s Gross Domestic Product (GDP) for 2018.

This implies only a peak in the process of destruction of the economy to which Venezuela has been subjected since economic sanctions began to be used against our country, which, in estimates recently published by Pasqualina Curcio amount to 114,302 million dollars, equivalent to the amount needed to import medicines and food to supply the 30 million Venezuelans for 26 years.

TERRORISM IN VENEZUELAN LEGISLATION
In order for an act to be considered terrorism, its intention must be verified with respect to offences contemplated in the laws of the Republic. One of them is the Criminal Code, which criminalizes damage and penalizes destruction committed against public buildings, those intended for public use or religious worship.

It is also important to recall that Venezuela has an Organic Law on the Electrical System and Service, which expressly provides for the offences of “damage to the installations of the national electricity system” and “interruption of the electricity system”, which would be the legal basis for determining the act committed under article 4 of the Organic Law against Organized Crime and Financing of Terrorism.

With regard to the content of the latter, the law recognizes the possibility that acts may be committed from other countries or even through electronic and computerized means. Which is what seems to have happened in these criminal acts according to what has been officially revealed.

THE INTENTION OF THE CRIME
Terrorism is intimidating or forcing a government to make a decision. This corresponds to statements by political spokespersons that have taken place in recent days. Leaders like Juan Guaidó or Antonio Ledezma, have expressly pointed out that the normalization of the electricity supply depends on the departure of President Nicolás Maduro, as well as the statements of Mike Pompeo, Elliott Abrams, Marco Rubio or Donald Trump about the necessity and legitimacy of increasing the suffering of the Venezuelan people to benefit US interests in Venezuela.

THEY ARE CRIMES AGAINST HUMANITY
According to the Rome Statute, crimes against humanity are – in addition to the crimes it enumerates – all “other inhumane acts… which intentionally cause great suffering or threaten physical integrity or mental or physical health”. One of the most debated issues is whether terrorism itself is a crime against humanity and thus generates individual international criminal responsibility.

The basis for this debate is that terrorism in the present has two great characteristics that distinguish it: first, its transnational nature and its planetary consequences; second, the great suffering it produces in civilian populations that are deprived of their fundamental rights, including life.

The doubts to include terrorism expressly as a crime against humanity are mostly technical, since there is no single and universal definition of what can be considered as such. Now, the documents of the International Criminal Court reveal to us that acts such as those described in this document can be included in the two categories, since they are crimes that constitute a threat to peace and security, as well as acts that generate enormous suffering in the population.

Seen in this way, regardless of the concrete and individualisable consequences, such as the death or aggravation of the sick or the economic consequences, the simple act of attacking the national electricity system and subjecting the population to this situation would in itself be a crime against humanity. It would also be an act of terrorism.

In view of this, the Republic has sufficient normative elements for the State to proceed to carry out investigations and order the corresponding criminal processes to identify those responsible and punish them for these acts.